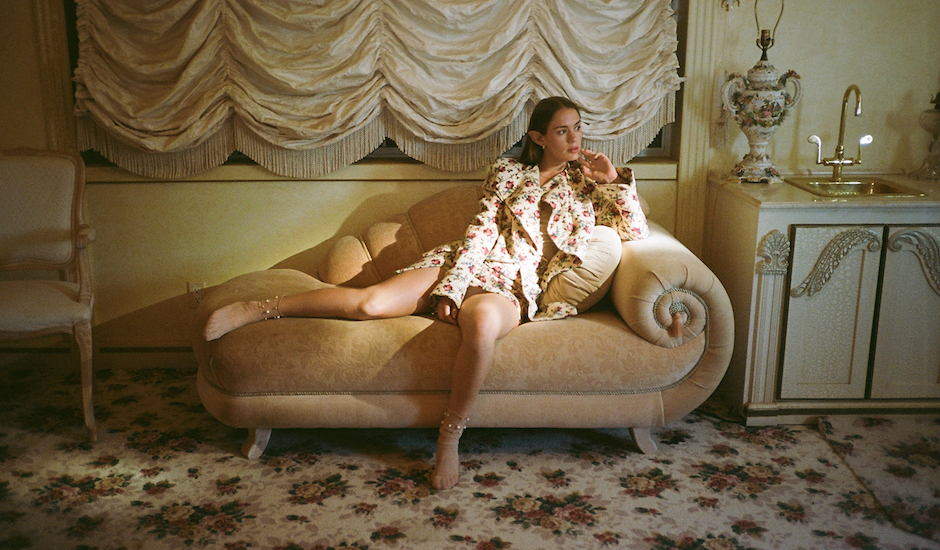 On 2017's debut album Lovers, Anna Of The North was labelled all the things you'd expect from a rising newcomer in the indie-pop world. She was "pop music's next big thing" before being labelled the new "indie it girl" and "2017's shining new star", and although her debut album was slick with some of the year's strongest hooks and shimmering, reflective productions to match, Anna Of The North isn't really any of these things. Instead, she's a multi-disciplinary, genre-defying musician who shines just as much as a solo musician as she does a keen collaborator, and there's a lot more to her than being an 'indie it girl'.

In the two years since her debut album, Anna Of The North has backed this up repeatedly. In the same year of her debut album, she featured alongside Rex Orange County and Tyler The Creator on the latter's Flower Boy highlight Boredom, making her a go-to name for hip-hop collaboration that has seen her enlisted by G-Eazy, Rejjie Snow and away from hip-hop, Honne. Last year, she even achieved a glimpse of viral fame; her single Lovers turning into an international charting hit thanks to a surprise sync placement on To All The Boys I’ve Loved Before.

Now, in 2019, Anna Of The North is approaching the release of her second album Dream Girl, and although the labels that have come to define her early work don't show as often in her media profiles (perhaps people have caught on that she's more than just those past descriptors), it's a package of music that really feels like a step into her future.

Spanning 13 tracks, Dream Girl - Anna Of The North's second album - is an encapsulation of the lessons she's learnt in the time since Lovers and how they've impacted her craft in creating high-tier pop music, whether it's her increased confidence in attempting sounds that even just two years ago would feel out of her depth, or the increased slick that polishes the work that feels in-line with what we've come to expect from Anna Of The North over the years. Either way, it's an open-minded and experimental take on Anna's distinct sounds, full of the confidence and creativity that Anna oozes time and time again.

Across the record, Anna Of The North's versatility deepens. A handful of tracks still carry the glistening indie-pop that marked her debut album, but she's often far away from these earlier sounds, tackling some that she's become renowned for in the time since thanks to her collaboration and experimentation. Lonely Life, for example, channels fellow Flower Boy collaborator Frank Ocean with its jazz-rich textures and sway, while Used To Be - an upbeat album highlight hidden in its depths - sees Anna layer her sound with down-tempo R&B clips and hip-hop mannerisms.

"This is the moving on album," she told Billboard on the record earlier this year, contrasting it against her debut album which musically chronicled her real-life break-up with the lyricism and intimacy that allowed Anna Of The North to flourish. "Like, we're not going to be together, but I'm not going to lay down and die. I'm going to be fine."

Here, in a track-by-track album walkthrough, Anna of the North details the album's themes one song at a time, breaking down their inner-meanings and creation. Dive into it, alongside the full record, below:

The song is about being totally obsessed with a person. When you’re so in love and this person doesn’t feel the same. But you still have this little hope. That one day, one day, it’s gonna be you two. Everyone knows that love can make you a bit crazy and delusional. But it’s just not going to happen. The song itself sounds really positive, but the lyrics are quite melancholic. It’s an unhappy love story. But sometimes, when things get too heavy and sad. The only resolution is to laugh about it.

This is my anthem. I’ve never written a song that is so accurate with what I’m going through at that exact point in my life as I’m writing it. And I didn’t realise at the time, but when I listen back the song just explains exactly what I was going through. I was at a crossroad in my life. A place where I had to let go of some people. Some toxic relations that were bad for my mental health. People who put me down, who wanted to dominate me. People I was depending on. People I loved, who loved me back. But we just were no good together. I was scared. Because I didn’t know who I was all alone. It was hard but getting this song out of my system helped. It’s an empowering song. If I ever feel insecure or feel the lack of self-confidence I always put on this song and it works.

TIME TO GET OVER IT

This song got written in like 10 minutes. It was just one of those I had to get out. These feelings bubbling inside of me. I keep looking back at this relationship, it was a total mess. I just want it to vanish from my system. But at the same time, I keep holding on to it. Can I get over it already?

It’s about letting go of people, that you love and adore. When differences pulls you apart but you still keep loving this person from afar. Bittersweet.

We might be guided by friends, family or a psychologist, but we’re always alone in the decisions we make in life. Lonely Life is about making the wrong decisions. How you made a decision, just because it felt right there at that time. Having the past haunting us, getting older, looking back and thinking about how it all could be if we just did it differently. Beating yourself up about stuff that happened, stuff you’re regretting, burning bridges. It’s about how we’re surrounded by other people but in the end, we’re always alone. How you can’t blame the outcome on others. All we can do is to make it better next time.

This song/interlude is just one fun thing we did. And it ended up sounding pretty nice, so we kept it on the record.

There have been so many songs throughout the times objectifying women. Rappers talking about how sexy a girl is, how they’re gonna buy the girl everything. This is the opposite. This is about a strong self-confident woman who wanna take care of her man and how that’s ok. I know even though it’s old school in some groups it’s still expected that the man pays for everything. That’s not even fair, in the end all this money stuff doesn’t even matter. The most important thing is the love between each other.

This is a throwback track. Thinking back to when we were younger when we didn’t have to think about grown-up stuff. When we were just running in the streets. When we weren’t so hard to entertain. When kicking a ball into the wall was enough. Nostalgia.

WHAT WE DO FOR LOVE

The song itself is quite modest in a way. It’s about giving your love away because they met someone else. We all know you can’t force love.

The song is about all the mind games. It’s about being unsure and insecure. How we treat someone we like cause we’re so scared of them not liking us back. It’s like a wall we put up because we don’t wanna get hurt. Sometimes those games can go too far though, and you end up pushing this one person away.

WHEN ARE YOU COMING HOME

When Are You Coming Home is one of the first songs I wrote for the album. It’s a fun one. Just hoping that your special one at some point realises that it’s you, it’s always been you.

This one is quite personal. It’s about being lost in something or someone. It’s about miscommunication, about trying really hard, but you’re just stuck.

This song is about revisiting someone or something you’ve let go off. A story you’ve had, where the ending was unclear. It’s about wanting the closure you never got. 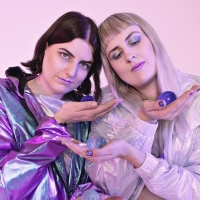 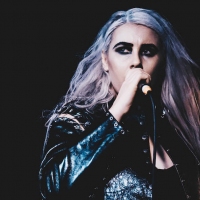 Premiere: King IV and Ipon link up for a stomping return, SmackdownThe rising star of forward-thinking Australian pop teams up with Ipon, a Paris-based producer, for a song that absolutely bangs.
Electronic