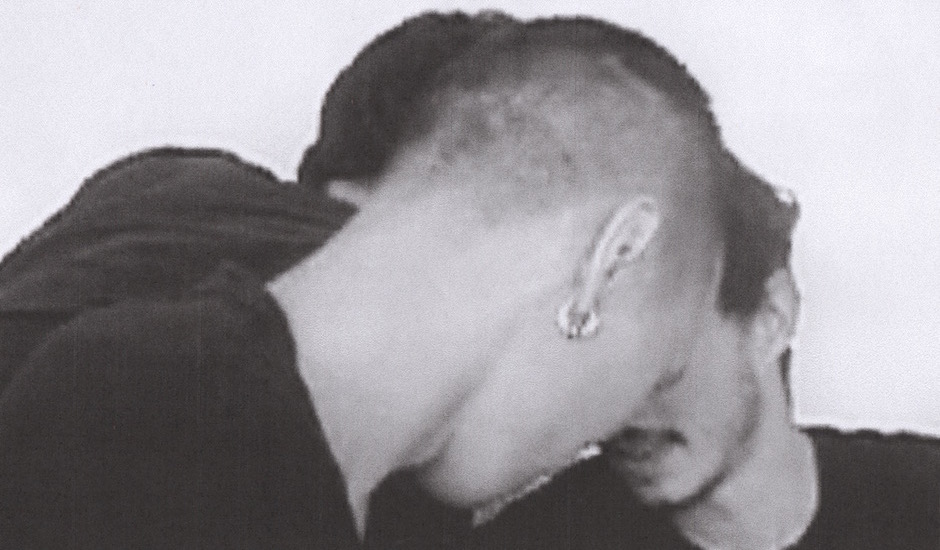 Elusive Sydney-based trio BV (formerly known as Black Vanilla) recently released the single Up In The Flesh, a track that served as the perfect entree to the today-released mixtape (called B2V) that would proceed it. It confirms their status as outsiders of dance, the soundtrack to deepest, darkest clubs you can find, all the while underpinned by a firm eye on the dancefloor, and raving done right.

They were kind enough to give us some fascinating insight into the mixtape's creation, which you can read below while you stream the release below:

Like a number of our songs, this one started as a track by Fake, one of Lavurn's shadowy projects and probably his most compelling. I'm not sure, but perhaps this speaks to the generosity he shows to Jarred and I, that he allows us to mine his black hole of material to make BV tracks. I believe this one has a lot to do with futility and maybe specifically the futility of rage. I think Lavurn's being ironic at times here to that end but it's hard to know what's going on in that pretty little head of his.

We've been playing this one for quite a while, maybe two years. It's what I think of as our gee-up anthem against oppression. It's aimed towards a moment of collectivity in our set that we might hope would endure outside the room, outside the time, amongst all of us. Our abjectness is various, but we thrive on our mutual respect. Jarred made almost 100% of the beat for this one, perhaps the only producer + vocalist situation in the mixtape. For more, similarly exhilarating rhythms, check out his productions as DJ Plead.

UP IN THE FLESH

This is about getting heaps into being submissive - allowing yourself to be wilfully subsumed. But it's liberatory, powerful, 'power bottom'. A kind of primal celebration of bodily experience, letting go of control, being possessed. I relate those lines as an extreme fantasy, maybe beyond the reaches of the body and mind, but at the wild, unmappable edge of desire.

Another live show gee-up, this becomes more tastefully groovy in recorded form, whereas if you see BV live, it becomes somehow more pulsating and heavy. It's meant to be a participatory chant, so the hope is that when we come back after our little hiatus we're on, we can all sing it together. This beat is a collab between Lavurn and Jarred.

Big fuck you to my entire youth of trying to assimilate into straight male culture. Written towards the beginning of our current approach of trying to pummel and shout an audience into participation with our live sets. We used to begin our sets with this track to kind of assault people.

Another track about having some extremely gay sex and celebrating its intoxicating qualities. I don't know why this steaminess pervades my character in BV. If you've seen us live, you might think of me as a kind of second rate go-go dancer. This beat has contributions from all three of us, and was debuted at a pretty uncomfortable performance at Marrickville Bowling Club.

Lavurn and Jarred have this project called "Ballast" that mostly took place when Lavurn lived in this sharehouse with eight other people in Bondi. The feeling of that house was somehow both quite transient as well as having a beautiful communality. Lavurn lived in this garage living space that had 0 natural light without the door open. This track was recorded live on Maschine with one of them controlling effects and the other negotiating all the scenes. It comes to you pretty much verbatim from when it was recorded in 2013, mainly because we regularly end our BV live shows with it and get really silly on stage.

This is an old one, it came out in 2015. It's another beat made collaboratively by all three of us, probably having a really giggly afternoon eating manoosh and drinking wintermelon. I'll say they were "simpler times", which I know is hugely cliched but for us it's quite real. We're now scattered all over the globe, trying to map a way into some tangible happiness and security. I don't know how that happened. 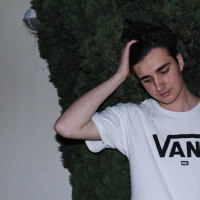 Meet our Arcadia Ones To Watch: CALIBRA 17-year-old Perth gun to keep your eye on. 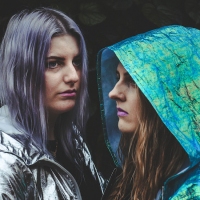 Introducing: FeelsA fresh Perth duo to get excited about.
Electronic