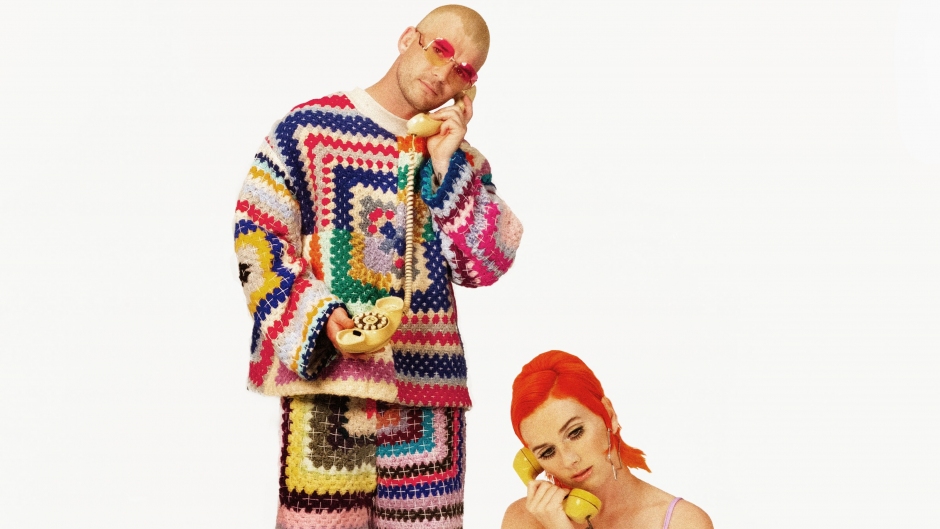 Last month brother/sister duo BROODS released a tender, and at times fragile but soulful single Like A Woman with the announcement of an upcoming studio album Space Island. Today that album makes its way into the world, showcasing the acts' expansive and versatile sounds while exploring feelings of grief and its many dimensions.

Like many songwriters, lead vocalist Georgia draws from experience to wholeheartedly pour emotion into her work, using songwriting to process heartache and pain in her personal life coming from a difficult divorce. Working with her BROODS counterpart Caleb from a home studio, and occasionally with friends and producers Leroy Clampitt (Ashe, FLETCHER) and Stint (Santigold, Carly Rae Jepsen) to capture all these trials and tribulations in their raw forms across the 10-tracks. Georgia shares that “The aim was to make this album a very visceral experience, when you’re in that grief process, your whole body is in it—the feeling is so much deeper and more ambiguous than anything that can be explained in words alone”

With tour dates around the nation over the next couple of months to accompany the album's release, including at Factory Summer Festival in Perth, the outfit are reigning in a new era with big live energy, and impeccable tunes.

Experience the body of work, track by track as BROODS walk us through the experience that is Space Island below.

This song started with an amazing artist from Costa Rica, Nel. I remember we were driving to get coffee with a couple of friends in east LA, when Matias Mora (also a crazy writer/producer) showed us this beat that his cousin made. He said “ you guys are gonna love this” and we both went crazy over it. We called Nel in Costa Rica straight away and asked if he would mind us writing a song over it. He was into that so we changed our plans for the day and spent it in the studio writing ‘Goodbye World, Hello Space Island’. A lot of it is Nel’s original beat. We added some more drums and the vocals and knew it needed to be the opening track that pulled people through some type of portal, and into the world of Space Island.

Piece Of My Mind

I think this was the first song we wrote with Stint. We were still in the early stages of making the album and doing that thing where we try writing a “radio song”. in our minds it meant making something upbeat. We sat with the beat for a while and it took me back to a time when I’d listen to Nirvana’s ‘Nevermind’ everyday and run along the beach in Santa Monica. My head space wasn’t very healthy and I used many a tool of escapism while I was coming to terms with where I was at. Denial and escapism are two very natural responses to grief and we wanted to include that experience in the trip that is Space Island. The lyrics are kinda dark but I read an interesting perspective on denial recently that bring me comfort. Denial is something that we employ to help us take in what we’re feeling a little bit at a time, when its too much to hold all at once. So here’s a song to rage to while you process your experiences in your own time.

I think a lot of people, including myself, find it hard to let themselves fall apart after a life changing loss. We feel like we become a burden if we don’t overcome it quickly. Maybe we feel like its too exhausting for ourselves as well. I would often get frustrated with myself when I wasn’t “making enough progress” so we wrote ‘Heartbreak’ as a reminder to take it as it comes without judging it. It was one of our favorites off the record to produce too. It has a confidence to it, be it a little melancholic. It makes me think of someone strutting around with head held high and heart bleeding.

Caleb and a couple of friends (Kyle Berzle and Michl) did a day in the studio and made the original instrumental. Caleb explains the production as emulating being blasted into space on a jet pack. It inspired me to write ‘Distance and Drugs’. It made me think of being completely and helplessly triggered by something seemingly small. I feel like most people have been in that position where they’re having a relatively easy day, not thinking about your ex or that shitty thing you went through whatsoever and then somebody says something or you get a text that just sends you so far, so fast, into a much less ideal headspace. That's what the song felt like to me so I wrote a pretty frantic chorus in the uber on the way to the studio. I came in hot that day haha. It was really fun and cathartic to make something to reflect that feeling though.

Over the pandemic, I experimented with doing zoom sessions. Some went ok, some were terrible, but sometimes it really clicked which was fun. This was one of those. I was working a bit with a Swedish producer, Madelene Eliasson. I told her I wanted to write a song about a moth that keeps flying into the same light, dying and then reincarnating to make the exact same choices over and over. I guess I was feeling like a moth that day haha. I told Caleb I wanted to put it on the album so he and Kyle finished the production. I told Tove I wrote a song about being a moth and she laughed and said it was just like me to write about being a bug. She definitely got it though and so she gave her interpretation of being the moth and we made it a collab.

This song still sends me to a pretty ego place. Funnily enough, I was really calm and happy when I wrote it. It fell out of me pretty fast and when I showed Caleb he reinforced my inkling that it was a goodie. Like most songs I write, I didn’t know what I was trying to tell myself until I sat and listened a few times. When I feel most like a woman I feel really powerful and connected and open and spiritual and I began to realize I hadn’t really been able to feel that way when I was with my ex. I think the person that loves you should make you feel big and capable and empower you. So this is definitely a dedication to myself and other women who are feeling like they’re staying small to please others.

I wrote this for a friend who was going through a scarily similar experience as I was, and who gave me a huge last push to advocate for myself when I needed it the most. She inspired me simply by existing and doing what she needed to do to get back to herself. It’s written from the perspective of someone who has a tendency to gaslight, whether they mean to or not. All I’ll say is, if yourversion of ‘helping’ someone is taking control over their life and feeding their self doubt when they’re down, instead of listening and validating them, you are not helping at all.

‘Days are passing’ is quite literally about watching the days pass at the beginning of the pandemic. It was so surreal, I was finding it hard to do anything except smoke weed, look out the window and think “what the fuck is happening”. We wrote this song to comfort ourselves and have something to dance around the apartment to in a really uncertain and isolating time.

Alien is about that feeling when you meet somebody that just seems like they’re from the same planet as you. That’s what the most recent experience of falling in love was for me. I think I said “are you real?” a lot and secretly thought to myself “am I dead and this is heaven”. It feels like some divine cosmic force has swung you around and smashed you into one another.

If You Fall In Love

The day we made this song was the day we decided to call the album ‘Space Island’. We were in the studio with our friend Leroy Clampitt, who we’ve known since we were in high school, doing our thing and letting the song appear. It became a perfect combo of all our styles, with slide guitar, dance breaks, lasers and emo lyrics. Caleb said “Its like space island!” and from then on we went around applying that to everything. Thematically it is a little crack in the darkness of space that shines through the possibility of loving deeply again. There is still uncertainty and resistance but if you’re lucky and patient you end up with what, in my opinion, is the whole point of all this life stuff; BIG FAT UNCONDITIONAL LOVE!!! 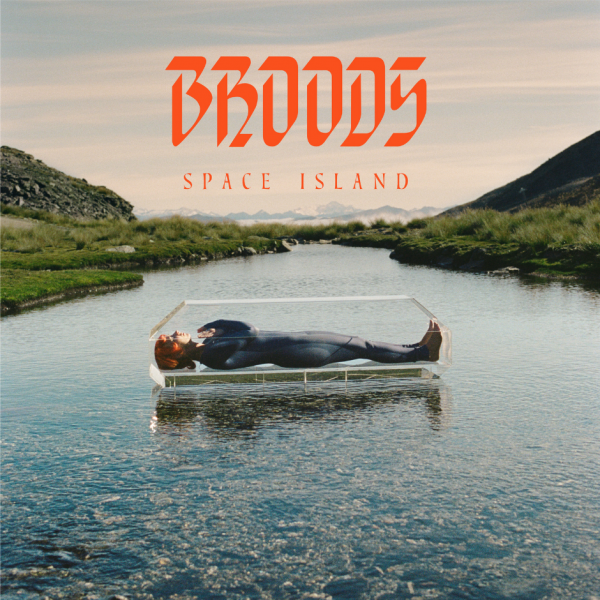 BROODS album Space Island is out now via Island Records 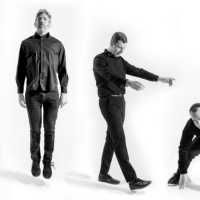 Listen: Future Islands - King Of Sweden The Baltimore quartet gently caress your brain with an uplifting and powerful new release. 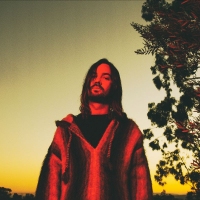