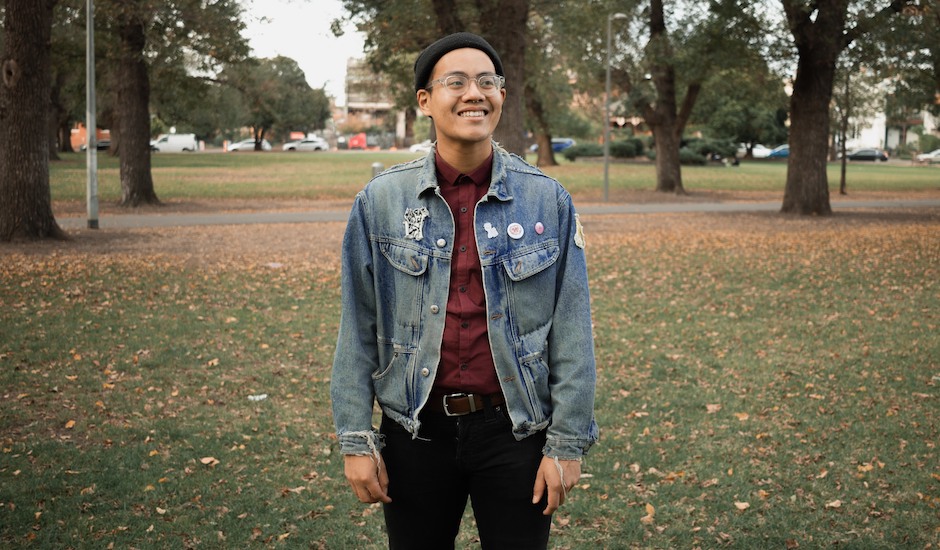 If you're at all familiar with the brilliance of Canberra's often-overlooked music space, there's a chance you're already familiar with Azim Zain. Since moving to the capital city from his home in Malaysia, the musician has become a name synonymous with the city's collaborative DIY spirit, whether it be through his work on the live stage (and in recordings) with a various number of bands with a wind-ranging list of sounds between them, or with his solo project Azim Zain & His Lovely Bones, which gives the musician the freedom of his own, boundaryless project.

As a solo musician, it didn't take long for Azim to be quickly celebrated amongst the Canberra live music world, which from the outside, seems to really thrive with lifting one another up and emphasising the talent captured within the city's live music spaces. His debut EP, 2017's Between Who We Are and Who We Used to Be, for example, became a quick favourite that positioned him as someone worth keeping an eye on, encapsulating the charm and passion of a thriving emo resurgence, mixed in with influences in punk, indie and pop too.

In 2019 he made a return with Passenger Seat and then earlier this year followed it with Holiday Home, a burst of energy that showcases what Azim Zain does best, in a way that feels incredibly exciting and new. Now, we're stoked to premiere his second single of the year, and another track that'll demand your attention from its opening bar and not let you go until its eventual end.

You Just Hit The Jackpot, Tiger opens a little more mellow and emotive when held comparatively to much of his past work, and as the song goes on and gets a little more fiery with its latter moments, you can feel this sense of emotive longing that underpins Azim Zain's voice. You really get the sense that it's quite an intimate and personal track for the musician, welcoming us into his life through these rough guitar melodies and crashing percussion bangs which form the backbone for Azim's vocal to move amongst, stirring with this reflective and potent quality to it.

As Azim explains the song's meaning, this sense of longing becomes a little more understandable. It details the complexities of a relationship's end, and staying on good terms with a partner after the dissolving of a relationship, even if the process of doing that is quite difficult. Historically, I’ve always tried to stay on good terms with exes and try to remember the relationships for the good times, even if the breakups themselves may have been difficult," he explains. "It’s that bittersweet feeling I wanted to put into this song, a feeling that, in hindsight, things panned out for the best and that the relationship(s) are still valued."

It's a brilliant snapshot of a musician whose storytelling abilities have been refined and honed in on over the years, and you can take a dive into it below as it premieres on Pilerats ahead of its official release this Friday, alongside an introduction to the person behind it himself:

Hi, I’m Azim (fun fact: my full, legal name is actually Zain Azim Ibrahim Bin Zain Azlan Idris which makes filling in official forms a pain). I grew up in Kuala Lumpur, Malaysia until I came to Australia in 2009 and since then, settling in Canberra where I studied law and politics....and I guess, I played in some bands too. I started playing solo bar shows and around uni campus in about 2013 because as a quiet, chubby brown man, it was the only way I thought people would think I was cool.

I originally formed Azim Zain and His Lovely Bones in 2015 with a couple of friends and passing acquaintances at uni (CLASSIC) at the ripe old age of 23 and finally properly forayed into the scene. Since then, I fell down the rabbit hole and became part of a world (even the small one of the Australian DIY punk/alternative scene) that has changed the fabric of my identity and has allowed me to do all these things that I always thought of as childhood daydreams.

I think emo-adjacent indie rock is a general enough term to encapsulate the vibe (otherwise, I’ll just venture off into a subgenre black hole). But I end up incorporating influences from throughout the ‘sadsack music’ umbrella-like folk-punk, power pop, and more singer-songwriter-focused indie music. An ex-partner’s dad also allegedly described my music as ‘anime emo’ after watching Jojo’s Bizarre Adventure which I don’t know how to feel about. Honest and personal guitar-centred songwriting with a DIY punk soul.

Initially, it would just be me taking the songs I write to the band and letting them fill in the blanks with their own parts (although I can be a stickler when it comes to drums having initially been a drummer myself). But since the project shifted to be more centred around me and my bandmates taking more of a purely live performance role, all my newer material is written and arranged by me (with the exception of some synth parts which a session player wrote) which I took to my producer/engineer, Fletcher Matthews (Dear Seattle, CLEWS, STUMPS) who helped me realize them into what they are now.

Can you tell us about your new single, You Just Hit The Jackpot, Tiger?

I’m pretty sure I started on it in around 2017, about a year after the end of a 2+ year relationship. Lyrically, I’ve never been one to write directly about specific relationships (whether they be in positive or negative light) but this was the first. Historically, I’ve always tried to stay on good terms with exes and try to remember the relationships for the good times, even if the breakups themselves may have been difficult. It’s that bittersweet feeling I wanted to put into this song, a feeling that, in hindsight, things panned out for the best and that the relationship(s) are still valued. Something that has proven multiple times to still ring true.

Who knows at this stage, given the state of the world? I initially planned to tour but that still doesn’t seem to be realistic for 2020. However, I am determined to get a new record out before the year is done and work on a couple of different side projects. I’m trying my hand at producing beats so who knows what direction that’ll take.

Same thing I’m sure everyone playing this kind of music does. At very least, having something to scream along to with your mates while enthusiastically throwing those index fingers in the air. But if you can take away something in these songs that you can relate to or resonates emotionally with you, I’ve achieved what I’ve wanted to do since I was a kid.

Also, this may be conceited of me, but as a person-of-colour (POC) in the alternative scene, I want to see my fellow POC to be more encouraged to get out there and start their own bands. I’m very often the only non-white person at a lot of Canberra shows and I remember that being a real barrier to entry for me even going to shows before I played in bands, especially as someone who didn’t move to Australia until very recently.

Also, I want the word fanger to become a thing (feelings plus bangers). Get that on Urban Dictionary. Make it happen.

Spotify and Bandcamp would be the best places. Bandcamp especially, if you enjoy my tunes, because I’ll occasionally upload extra tracks or demos on there that aren’t on the major streaming services. So you might find some extra goodies. 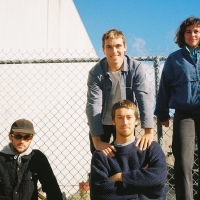 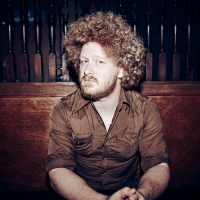