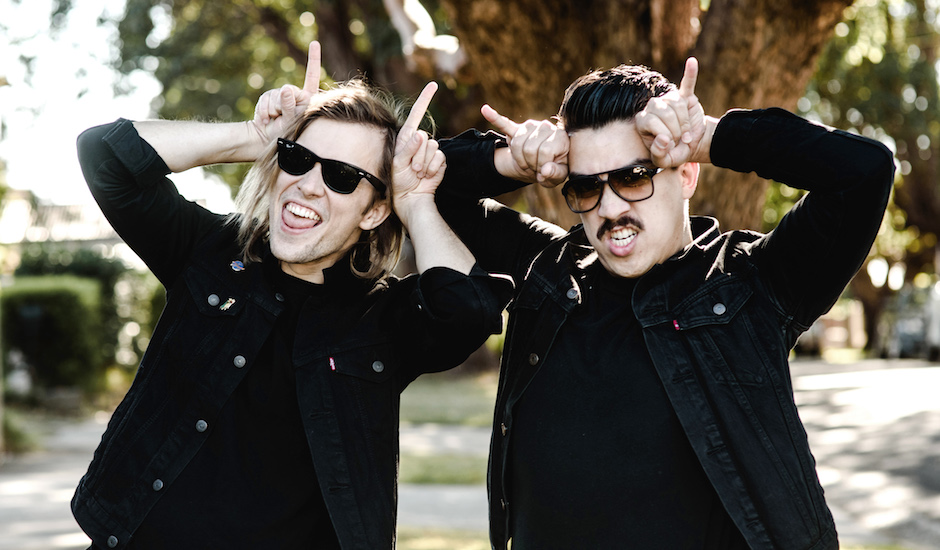 Having just wrapped up a jaunt around the country with Royal Blood, Polish Club have cooked up something special for a couple of their own shows in July. Over two special nights Polish Club will be joined by All Our Exes Live In Texas and Polka Club (an up-and-coming polka pop cover band revue which may or may not include JH’s Dad on accordion, alongside his son and Novak), plus the Polish Club sets will feature a five-piece brass section: "We haven't done this before and we probably won't do it again," says Novak. "So listen, even if it's terrible, it will be notable."

I'd say my favourite album of all time is the Saturday Night Fever soundtrack. Actually it could be my favourite movie too. This is the most obscene horn line in disco. Kool & The Gang are the koolest.

There are so many awesome horn lines on early MJ stuff, Working Day & Night was the fattest horn sound. The below live version doesn’t even use horns, it’s just incredible how fast it it.

If I could travel back in time I would choose to go to Sesame Street when Stevie played Superstition. At least I can just watch the video everyday. The way they end and then start again makes me so happy. Also Ray Parker Jr is playing guitar! Also Superstition is the best pop song ever written and I will fight anyone who disagrees.

Buddy Rich was an asshole to his big band. He was one of those dudes that used to beat the shit out of players that would make mistakes then fire them and leave them stranded in the middle of nowhere. But this is a nice heartwarming moment between him and his daughter (which has some sick horn shit in it).

Andre clearly has a thing for horns and it seems like he is into the bass clarinet these days too. I want to play this at our horns show but Novak thinks people won’t know it. Please email Icantgivenovaksactualemailout@gmail.com if you know this song.

Kanye West - Blood On The Leaves

I like old Kanye better than new Kanye (obviously), but the horn bit in 'Blood on the Leaves' really gets me going. And yeah it is a sample of a Hudson Mohawke song which samples some live Stax record, annnnnd it's on top of a Nina Simone sample. That’s some sample inception shit.

I dare you to find a groovier groove this. I dare you to not get up and try and do those jumping James Brown splits. I dare you to try and get up after that. Also how sick is it when horn sections flip their trumpets around and dance and shit.

Hey is it cool if I say that Wilson’s version is better than the original? Oi I don’t need your permission, it obviously is. The bit at the end where the horns blast and he goes for it, blows my dick clean off every time. Watch Wilson put Barry Gibb to shame in the below vid.

Benn, the dude that plays the bone in Winston Surfshirt is a good mate and he has organised the horn section for our up coming horn based gigs. Moments is probs my favourite track from their record. It’s also a lesson in sexy horn restraint. Sometimes you gotta leave them listening wanting more horn. Listen to those sultry trombone harmonies in the chorus at the end…stop it Benn you naughty bone!

Speaking of Winston Surfshirt, they always play Simon Says at festivals, which I think is cheating cos nothing fires up a crowd more than that opening horn bit. But our chance to take advantage of that is coming July 7 in Melbourne and July 14 in Melbourne, every single song is gonna start with BAAAAA BA BA BA BAAAAAAAA… 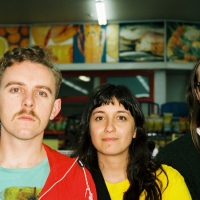 Introducing The Beths, your new favourite Middle Earth-based bandTheir new single Future Me Hates Me is an absolute charmer.
Bands