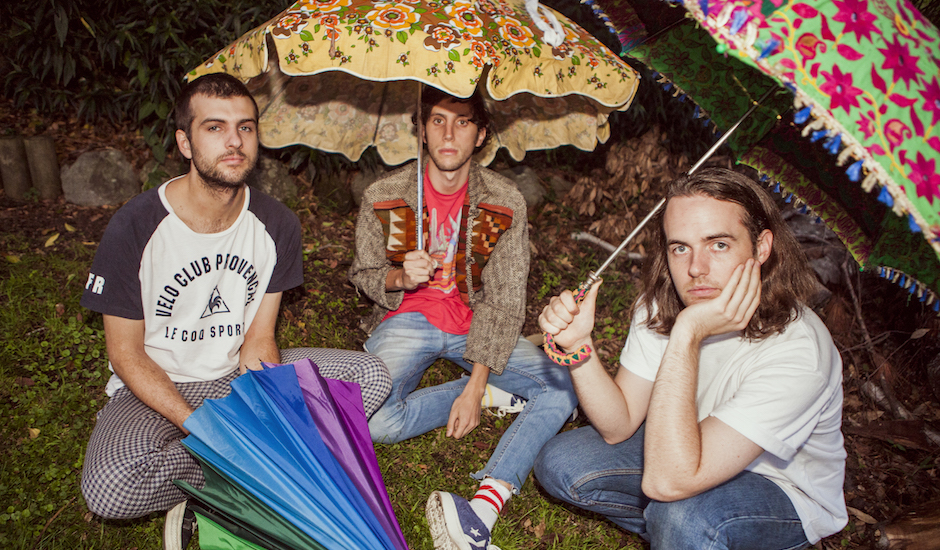 Sydney trio SCK CHX are making some very intriguing music right now. They describe themselves as dream-punk, which on paper sounds kinda weird, but man tucking into their debut EP Downward Dog and its a pretty irresistible combination. There's a touch of old school The Drums about them, but mixed with Aussie surf-punk faves like Dunies and Skegss. Like we said, an interesting mix, but one they make work really fucking well. They sent us a dope little track by track for Downward Dog, check it out below and catch 'em live supporting Pilerats regulars STUMPS at their upcoming EP launch this Friday at Waywards in Sydney.

This is the first song we ever wrote together as a band. It is a big part of what we are about in terms of trying to parallel the feeling of Josh's lyrics with music. It’s about the idea of losing control but not giving a shit.

I Move Into Downward Dog

Around the time we started playing together as a band (three years ago) Matt and Andy had just gotten back from America and were heaps keen to get into yoga after seeing it a lot over there. So it became a bit of a ritual for us to do yoga and then go back to Matt's and have a jam. It was a real basis for the early days of us becoming best mates and it is because of that, that we wanted to incorporate it into the EP. This track has our Yoga instructor Anton (he is an amazing dude) talking you into the Downward Dog position. Our aim was to create mindfulness and meditation amoungst the punk music. For us at the time this is what yoga was. A chance to relax and step back from the franticness of daily life and just view things objectively for a second.

This song came together from a guitar riff that Andy brought in that was inspired by the sounds of Albert Hammond Jr, and then we each wrote our parts around it. Josh wrote his lyrics about the turbulent times in relationships and how even though you’re pissed off, you
know that in the end you are going to be fine with each other. We then wrote the two sections to try and replicate these two emotions (anger and tranquillity).

This bad boy has more hooks than a coat rack. The lyrics focus heavily on mental health and re-telling a psychological consultation that resulted in a tangible diagnosis for depression and anxiety, and an empowering sense of freedom that resulted from the experience. It is probably the most anthemic trackie dack on the record.

Matty Boom Booms came up with this bad boy on guitar one lazy afternoon. I (Andy) came over and jumped on drums and we smashed out a demo. When Josh got on the guitar at the next practice, it was already one tasty psychedelic piece of pie. We decided from this
track to just play and record our songs on whatever instrument we wrote them on so for this we all mix it up. It’s really refreshing to do. The lyrics are about inviting your mates to an underwater club. Our friend Eddie thought it was about acid. C’mon Eddie, get your head out of your ass.

This choon is a bit of a gee up but also a bit not. Andy brought on in the '50s chords and then we all just rolled with it from there. We wanted to reference that doo wop style but also take the piss out of it at the same time.

I Let the Thoughts Pass By

This is the second meditation track. It is about taking the listener from the franticness of the EP and giving them time to reflect on what they have just heard in wherever they are listening from, hopefully have a bit of a chill and relax.

Stuck In The Mud

We wrote this track in two hours one day and recorded it straight away and that’s the recording on the EP. That day in the studio was mad. I'd say some of our best connections musically. It works off all of Downward Dog’s lyrical ideas. It is about how frantic and fast
paced life can be and just saying fuck it and getting on with it. 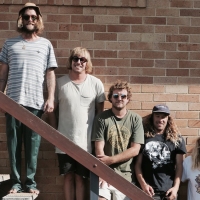 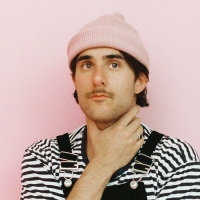 Premiere: HalfNoise goes full retro-rural in the splendid video clip for She SaidTaken from his new EP Flowerss, which is out May 4.
Bands