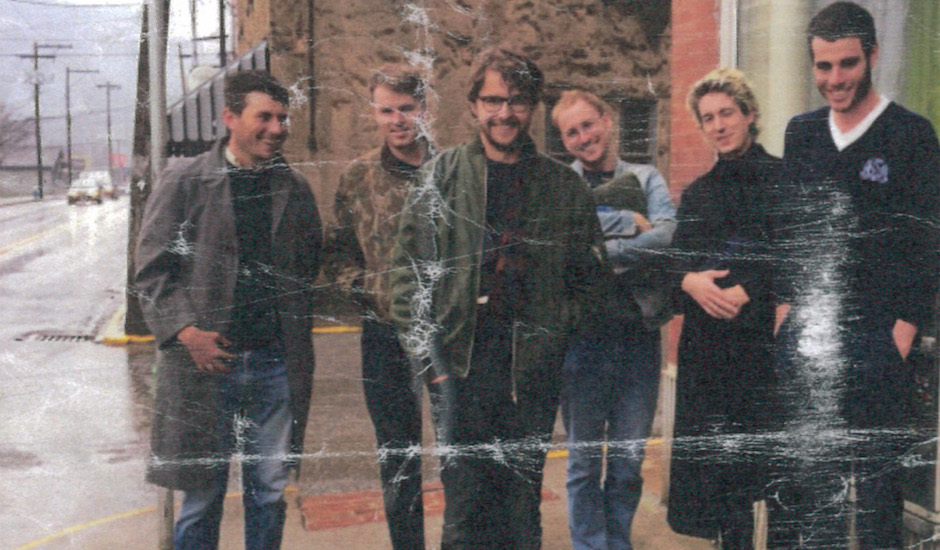 Melbourne-via-Wagga Wagga six-piece The Ocean Party recently released their seventh album, Beauty Point, and have since been gigging bloody hard around the country in support of it. A sprawling 13-track epic, the journey towards its completion happened over two major recording sessions - one in a cliffside studio in Stanwell Park, NSW, the other in their hometown of Wagga Wagga. That journey, while told sonically, is also one worth telling literally, and the entire band have jumped in with an awesome track by track below, offering some insight into the shared of experience of six very talented songwriters. Check it all out below, along with a new video clip for the album's closer Cracked And Shattering, along with a few remaining tour dates.

The Great Divide was a song that came out of the environment. We had spent about three days in Stanwell Park working through song ideas that we had all been storing up over the past six months or so. There was a real sense of presence in the songs we had been working through, the sparser the original ideas, then more “here and now” the process felt. I wanted to just sit and play something and let us all start from scratch with it, so I messed around with melody of The Great Divide for a while on the piano before we all sat down and started recording to see where it would go. We completed the song in Wagga a few months later. The foundations that we had recorded in Stanwell Park were like a postcard from that session, for which I we were already pretty nostalgic.

We had been sleeping in our six-berth maxi taxi parked on a cliff-side at the bottom of the driveway in Stanwell Park. Every morning we would wake up and see straight out across the ocean, like we were in a boat. After we had recorded the bones of Dust Clears, Curtis went and sat by the van and wrote the words. I think the whole picture made it into this track musically and lyrically​.​

Crisis was a song that began with only a bass guitar, which was really exciting. To have the guts of the music there from the beginning without anything else made it very visceral. After the first night of our sessions in Wagga we went out on the town and visited every pub that had scared the shit out of us when we were young. It was the best night. The terrifying prospect of being pummeled by a local punter at the pub, which used to feel so prominent was gone. It was like the threat was held up to the light and looked ridiculous to us now. I have always felt the nervous energy in this song connect with that old fear of other people.

At the end of our “conquering the town” night out, we climbed up Beauty Point avenue, pushed through the scrub at and climbed on top of a reservoir shed that looks out over Wagga. We had recorded the music to Memorial Flame Trees in Stanwell Park and it had captured all the sparkling breeziness of that time, but no one had been able to pen the lyrics yet. We talked about our recent trip around Australia and how much small towns reminded us of home – even if we’d never been there before. Every town is someone’s hometown and every little insignificant feature can be deeply romantic, or terrifying, or tragic to someone who can see the history in it. We all sat down back at Liam’s house and wrote the lyrics together, something we have never done before.

More To Run had been demoed a little earlier in the year and as a well fleshed out song it was a good place to start when we arrived in Stanwell Park. It launched us into the spirit of things and soaked up a lot of the atmosphere of the long drive to the East Coast with the excitement and curiosity of working on a new album.

I had decided to take a break from drinking, beginning from our week in Stanwell Park, so I was in a good headspace during the recording. I was doing that thing where when everyone else cracks a beer I smash another instant coffee which led to me staying awake for a few hours once the rest of the band had retired to the van. One of these days, in the early AM I started bashing away chords to what would become Quiet Life. It was pretty exhilarating to know that whatever I wrote, good or not, would be getting recorded only a few hours later. I think that spontaneity really came out through the pace of the track and in the shifts of timing and tonal centre of the song. The lyrics and backing vocals (that we recorded upstairs at The Tote in Melbourne) have a similarly caffeinated restlessness to them.

Doing the Beauty Point recording sessions hugely reinforced the validity of the approach getting in a room together and writing songs, recording them then and there. Each album we make has had a slightly different approach. This latest album was created very differently from the one previous, Restless, which was a little more drawn out and individually laboured over. For us, the process is of equal importance to the finished product. I have a hard time digesting stories of people labouring over their own records, constantly re-working them into oblivion, blowing thousands of dollars in the process to end up with an album they’re detached from or resentful of. At the same time, there’s this really unique frame of mind when you’re creating something brand new, painstakingly tinkering with it for it’s own sake where you completely lose track of time that I’m always chasing.

This song found some line between our time in Stanwell Park and our time in Wagga. There is some ocean to it, but dry paddocks too. As time crept towards our final sessions in Wagga I was determined to get the lyrics finished, but they weren’t co-operating. Up until the moment we set up the mic there were two or three lines that were just a blank spot in my head. I’ve always felt that some lyrics won’t come until you’re on the other side of something, and if you aren’t there yet then there’s no line that will work. You can obsess for weeks, but nothing will happen. I don’t think I even knew what this song was about until we left Wagga.

This song feels like a bit of an extension of the four to the floor beat stuff we'd been playing around with on the last album and the EPs. It's built around a bass line that Curtis wrote and it was one of the funnest songs to record. The slide guitar lead in to the chorus was a late, but great, addition.

One of the most outspoken tracks on the record, Strike reflects an Australian political landscape characterised by disdain, directionless anger and shame. The lyrics are precisely what the political classes would say if you stripped away all the bullshit and doublespeak: "Don't act out, Just back down". But the song's energy doesn't back down.

One of the first songs written for the album and one of the only songs that was pretty well realised before going into recording - "If I Blink" is an attempt at being positive thinking.

In Sydney once, there was a young kid on the train mouthing off to his friend about how high he was, some of the lyrics are verbatim from this conversation. The song contrasts this young grommet with the older rock dog version, still hanging out at the bar, boasting about how high he was last weekend. It's a song about feeling yourself grow older, and how all you habits can ossify into permanent attitudes. Which can be pretty dangerous.

Originally based around a finger picked guitar line that was almost folk. We started playing the picked melody on piano and it sounded like it could have been the theme to the 96 Atlanta Olympics. When it came time to record the album at our friends house he happened to have an Analog Roland Juno and as soon as we played it on that everything just clicked. It really guided the direction and feel of the song. 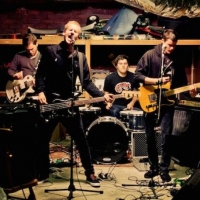 Watch: Luca Brasi - BenthosLuca Brasi have released a new video and announced a tour for early next year.
Bands