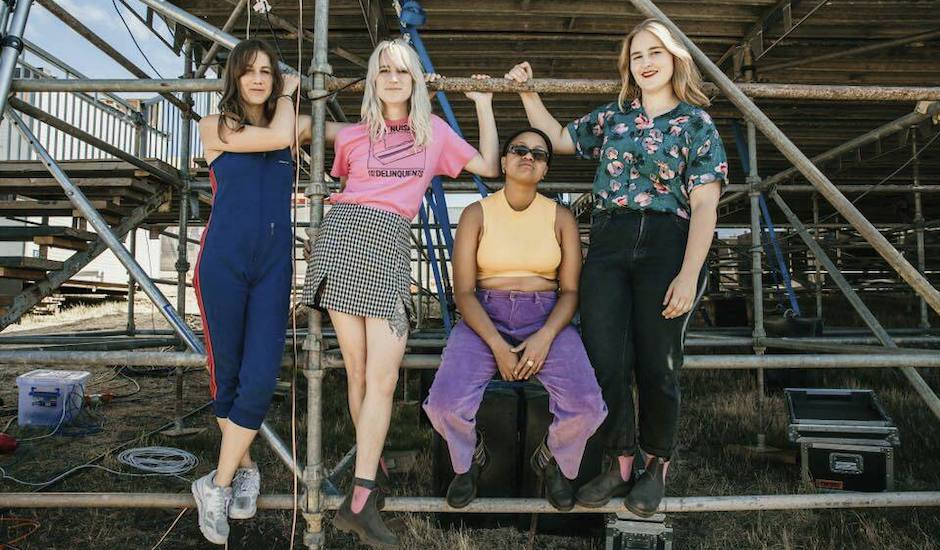 Australia's indie and rock worlds have become almost synonymous with the country's entire music scene, and the next generation emerging through it. Over the last twelve months, for example, we've seen defining names such as DMAs and Violent Soho make strong-armed comebacks; we've seen cult-favourites like Spacey Jane emerge into the next big thing; and internationally, we've seen musicians like Stella Donnelly and Carla Geneve - both weaponising a pop-adjacent brand of rock - become heralded as ones-to-watch, especially in the UK and Europe.

At the moment, it seems like the country is finally discovering the brilliance beyond its commercial superstars, and a byproduct of that which is incredibly exciting is the next generation slowly seeping through, making themselves known as people look for the next big thing. Through this, bands are quickly becoming the next talk of music discussions, and the almost-FOMO on being too late to the next big band has people searching left, right and centre for brilliance, often coming across bands like The Buoys, for example.

Those familiar with Sydney's punk-y rock scene are probably already acquainted with The Buoys, but for those yet to meet them, allow us to get you up to speed. Since launching back in 2018, the group have become consistent mainstays both in recording and on the live stage, sharing track after track that broadens their sound and injects new textures in their signature, quick-firing rhythms - including two last year - while live, they give these charging singles somewhat of a new life, fleshing out the controlled chaos of their sound as they support groups like Violent Soho and DZ Deathrays.

In a way, The Buoys are representative of the punk scene of tomorrow, and how diverse and inclusive that punk seen may be. Alongside groups like VOIID, Teen Jesus, TOTTY and Body Type, groups like The Buoys bring a femme-punk energy (I hate that descriptor, but it works) that's been notably absent from the Australian punk world, all while injecting new mannerisms into the genre that come from broader influences and new songwriting methods. They're bringing something incredibly new and exciting to Australian punk, and it's made tomorrow a hell of a lot brighter.

The Buoys' new single, WAH, is a perfect example of their brilliance and the exact type of work they're putting out to ensure their space in tomorrow's music world. Taking nods from those aforementioned acts and the energy of rushing, 90s-era punk, WAH is a fiery two-minutes from the group that proves that you don't need a drawn-out four-minutes to make your point, capturing the whiplash that comes with that traditional, angsty-yet-focused sound that defined much of punk's transition into the 00s.

"WAH is about the capitalist rat race and the idea that as millennials, we’re raised to believe we’re inherently special," says vocalist Zoe Catterall on the track, which really highlights the sense of cathartic release that's defining to a lot of punk music's foundation, and being rebirthed once again through The Buoys. "We’re often told that if you try your best and work hard, you’ll find ‘success’. What this fails to teach us and what we end up learning firsthand, is that there are societal obstacles to this so-called success.

"WAH speaks to the fact that capitalist ideology is why we’re told we can do anything whilst also being the largest obstacle in reaching whatever success we desire," she continues.

Both in recording and on the live stage, The Buoys are quickly blossoming into a new force to Australian rock; their "fast and sweaty" sound - defined on tracks like WAH! - welcoming a new edge to a market often feeling so saturated that there are no potential new edges to bring. That's exactly the kind of thing The Buoys bring - the unexpected - and that's why in 2020, they're a group everyone should be paying close attention to.

Dive into WAH! below - the group's first single through their new home at Spunk! Records - and keep an eye on The Buoys as they blossom into the next big thing. 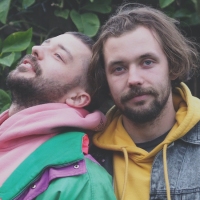 Premiere: Meet Travalley, who whip up a surf-rock storm with Dear BabeThe Victorian duo are striving in the new year, with Dear Babe being their fourth release for 2020. 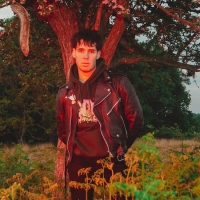