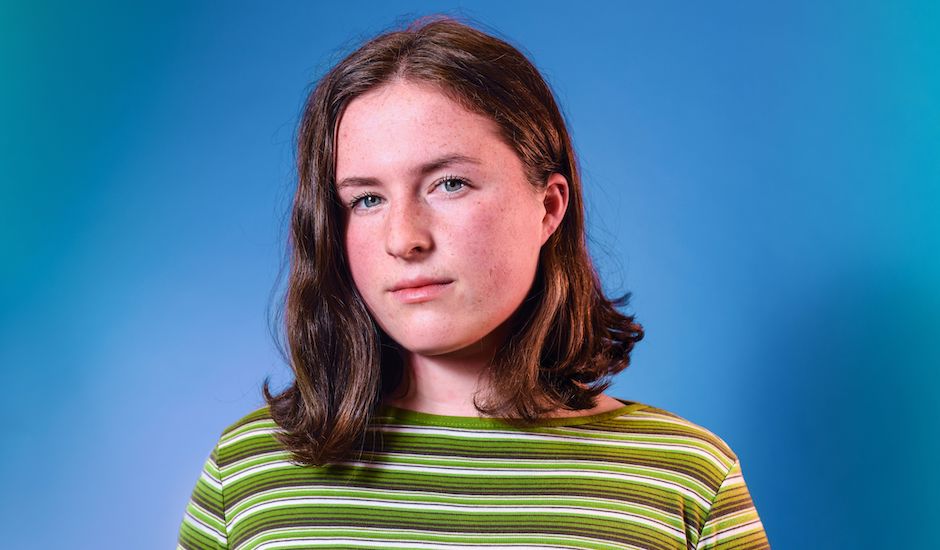 If you've at all been keeping up with the triple j Unearthed High competition, chances are you don't need an introduction to Tulliah. If you haven't, however, the 18-year-old Victorian musician is bustling on the edge of a full national break-out, being amongst a tall-standing collection of finalists for this year's competition - which also includes Debbies, George Alice, Mali Jo$e and Nick Ward - with her debut single, Company. It's a delicate indie-pop track that sits somewhere between Vera Blue's vocal beauty and the subtleness of acts like Odette and Wafia, with swirling melodies and subtle rhythms meeting vocals which bridge the gap between playfulness and fierceness - a sure-sign that something exciting is brewing.

Today, just following her announcement as an Unearthed High finalist, we're stoked to premiere the video for Company and give a touch more insight on the artist-on-the-rise, who in a clip directed and filmed by a bunch of high school friends, shares some background on her blossoming into who she is today. The clip is centred around the farmlands of the Mornington Peninsula - where she lives - highlighting the country charm that has come to captivate us since Tulliah's arrival (for example, on her Spotify account is a playlist called free-range groove, with a picture of Chicken Run). It's a real simplistic, yet beautiful clip that doubles down on Tulliah's charm as a musician, so dive into it below, and better get to know her underneath:

I am 18 years old form the Mornington Peninsula and currently studying year 12. I've been writing music since I was around the age of 14, but have always loved singing and music which is most likely taken from my mum. After injuring myself coming off a horse, I got into songwriting a lot more. Being at home and not being able to move much, I felt like I took in everything differently, found new ways to write and really grew during that time.

My music is a bit of a mix of things. But it’s only the start so I’m really excited to experiment with my sound and writing style. A lot of my inspiration comes from my own experiences or people around me. I like to try capture the moment and make it as honest as possible so that people can really connect and relate in their own way to what I’ve written.

Most of the time a little melody would pop into my head so I’d quickly record on my phone before I’d forget it. When I’d get home, I’ll find chords that go with it and see what happens from there. Sometimes it just flows and I can write it pretty fast but other times it takes ages until I find something that keeps going from the melody. Just like my new single Company, it started off as a riff that I always played but never got anywhere with it. A few months later I was playing around with some different chords and realised that they worked with what I had written so far for Company. I finally started getting somewhere with the song and it all came so much easier to me.

Can you tell us about your latest single, Company, and its video?

I wrote Company about feeling like you are being led on by someone but still wanting their company even though you know that it won’t be reciprocated. My friends and I have made a video clip for it using my families old camcorder. The lyrics to Company aren’t the happiest but I didn’t want to make a soppy video clip, so we filmed lots of little clips of being surrounded by amazing people including my friends and family, animals and scenery around the home. I also put in a few of my siblings and me when we were younger, that I found on some of our old tapes, while I was editing it all together.

I have no tours lined up at the moment, but I have just came back from supporting my first ever show for GRAACE’s Melbourne and Sydney show which was so much fun!!! I’m also playing at White Night on the 25th August with some of my favourite artists at the moment! Which will also be my first time playing on a big stage! I am so keen!!

This year has already been so crazy! I’m about to finish year 12, which I’ll miss everyone very much but I’m ready to venture out and really pursue my music. Releasing my first ever single, which I still find very surreal and insane that people can listen to it on all platforms. I’ll be releasing music very soon and hopefully, you’ll be able to see me performing in all different places, where you can hear more of my originals which are yet to be released! I’m very excited for the rest of the year and can’t wait to connect and share. 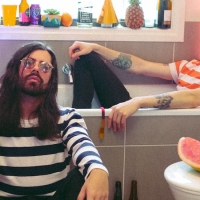 Premiere: Meet BEACH PANIC! and their new one, Dance Till Your Feet BleedThe Melbourne-based group will share their debut EP, Ride The Tiger, in September. 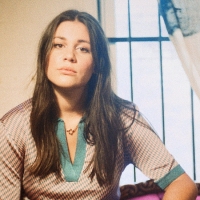 Introducing Eleanor Jacks, who wears her heart on her sleeve with BlueThe up-and-coming Adelaide-raised artist-on-the-rise will be supporting Amy Shark this October, with Sly Withers.
Bands