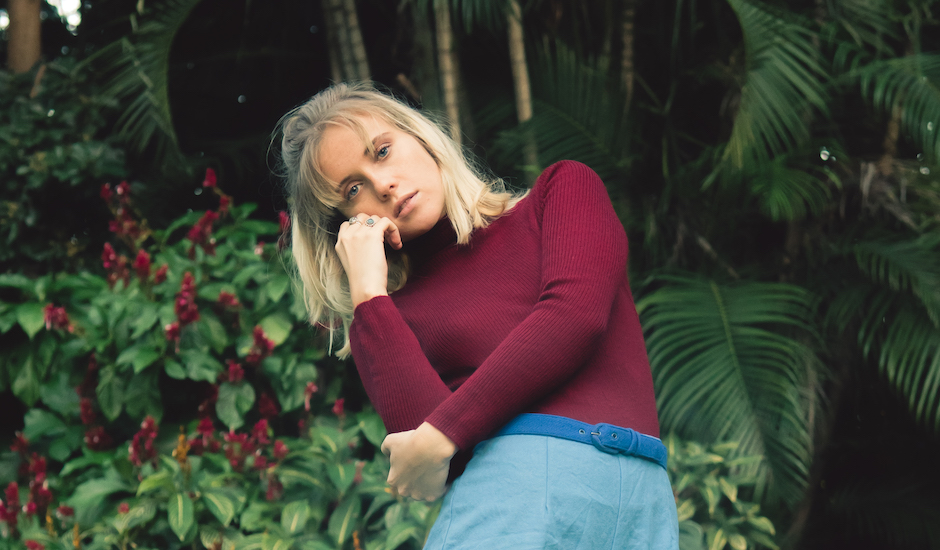 If you're not familiar with emerging Brisbane musician Hallie, let us bring you up to speed. Since emerging with her 2018 debut single Banana & Honey, the Queensland singer-songwriter has blossomed into a local favourite slowly breaking that national barrier, doing so with a consistent run of charming singles that have arrived since - 2018's Not A Lady, and 2019's What's Good and Nice Like Rice - and support slots for Perth favourites Spacey Jane and Verge Collection, and national high-risers like Eliza & the Delusionals. Not bad, right?

The latter single, Nice Like Rice, contains perhaps the best example of her potential as a songwriter thus far, lining itself up with that Middle Kids-esque brand of indie-pop as she combines guitar-backed grooves with light-hearted lyricism that is as fun as it is thoughtful and nuanced, opening up while keeping it fun in the process. "Nice Like Rice is about losing a friend," she says on the single's meaning. "It's about realising a friendship has been one-sided, and finally allowing yourself to let go and move on from someone who you once considered to be close to you. When I wrote it, I was angry and finally felt I had the strength to say exactly how I had been feeling about the situation." It was released as a teasing taste of her forthcoming debut EP Wink Wink Nudge Nudge, which with its release on September 27th, has the potential to further push Hallie into national acclaim - a somewhat overdue feat that we can't wait to see.

Meanwhile, however, we're premiering the clip for Nice Like Rice, which as Hallie explains, takes us back to those high school days and the pettiness that comes with it, while also capturing that strange sense of nostalgia that comes with thinking back to the high school days. "For the Nice Like Rice music video, Summer and I wanted to recreate the feelings that are associated with high school pettiness & drama! The emotions I associate with this song remind me of the dramatic antics and hormones only found in a schoolyard, and we wanted to paint the humour of our old ‘massive’ problems in an all too relatable way," she says on the clip, which was directed and produced by Summer King. "The video, I hope, will leave people feeling nostalgic, slightly uncomfortable and empowered. It is a piece of work the Mustard Team, Maddy, Summer & I are very proud of and we are so bloody excited to share it with the world!"

Dive into the clip below, and better introduce yourself to Hallie as her big EP release looms:

Well I’m Hallie, I’m from Brissy, I’m 20 and I’ve been songwriting seriously for probably eight years now! My favourite part of music is performing, I have a silly amount of pink turtle necks and I love cauliflower so much right now!

I would describe my music to be somewhere in the mix of pop, rock and folk, but I try not to limit my music to genre. When I do that, I get stuck in my head on whether I’m doing it right and I think on a subconscious level it limits my creativity.

My overall vibe… I feel like it’s different for me than what the audience experiences but I like to think It’s honest, fun and thought-provoking.

I find every experience I have written about has felt so different from one another that I can’t pinpoint a routine or repetitive process - It comes when it comes I guess and I can rarely write a song when I tell myself ‘write now!’ The other night, I was at someone's house for drinks and I had one overwhelming emotion and thought for like an hour - it’s like I had to release it! So I went to their laundry, used the washing machine as a drum and recorded a voice memo (haha) so, yeah the processes come randomly and I think it’s a good thing because it helps me stay honest and authentic.

Production-wise, I like to go in with an open mind - I’m lucky to have an amazing band (Ruby Lee, Taine Joso and Robert Hill) who all have different music influences from me, and I’m so lucky to get those other perspectives.

Can you tell us about your new single, Nice Like Rice?

Yeah!! It’s about a friendship that you can feel is slipping away and as a result, all the energy used when desperately trying to hold on to it, before you decide you have to let go. When I first wrote it back in December, it was a lot sadder, and I found only after writing the song, I felt at peace with allowing myself to let go. Now when I play it I feel strength and certainty and decided I felt empowered, which is how I want people to feel when they listen to it too. I tried to be transparent with Nice Like Rice and it’s been paying off I think so far! It’s really REALLY lovely to hear that people have listened and related and I think the honesty is what I’m most proud of in this song.

Yes, for my EP, Wink Wink Nudge Nudge! This coming October I will be making my debut in Melbourne, Sydney and Wollongong and then finishing it off in my home, Brisbane! Exact dates to be announced very soon, ahhh it’s surreal!

I will be releasing a six-track EP this coming September! It’s been in the making for 2 years so I can’t begin to describe what I’m feeling about putting it out into the world!

Other than that I’ve got lots of shows opening for some amazing musicians, my tour, the Nimbin Roots Festival in September, hopefully more music videos! Just lots of music, lots of Hallie!

I have four singles out at the moment, including Nice Like Rice, and they’re all on Spotify, Apple Music, iTunes- I have heaps of content on my Facebook page ‘Hallie’ too, and all my shows are up there. 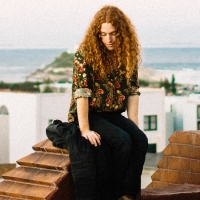 Introducing Jimmy Davis, a songwriter moving into his own lane with Hold You DownHe's worked with everyone from Allday to Tia Gostelow, but now he's redirecting his attention to his own project. 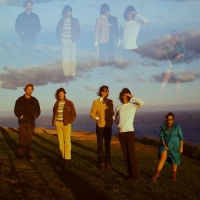 Premiere: The Pinheads share the clip for Is This Real, announce tour supportsPlus, go behind-the-scenes of the clip's creation the band's James “Jimbo” Kates.
Bands

The Boorloo artist shares the delicate personal track in the lead up to her forthcoming album.