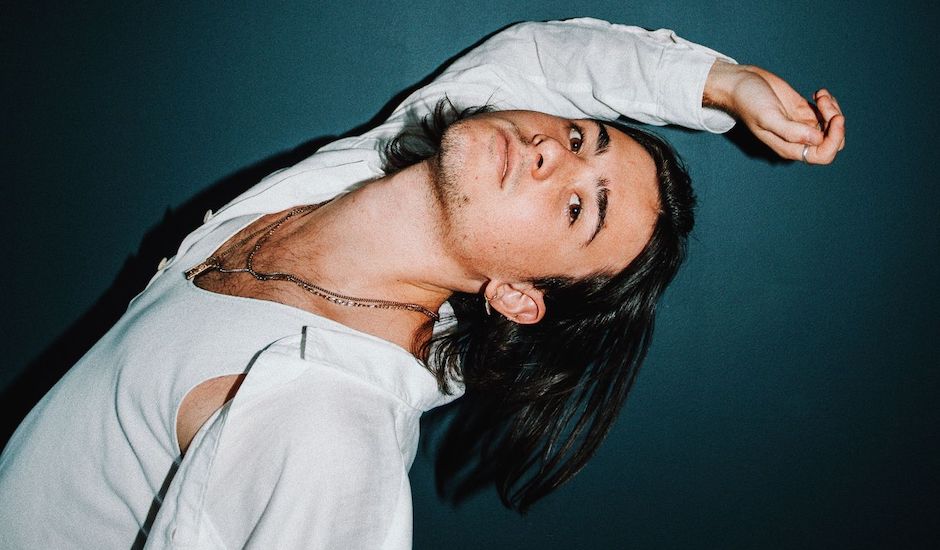 There's a whole lot of brightness in Australia's next generation, but there's also a lot of gloominess too. In the last twelve months, it's become apparent that much of Australia's musicians of tomorrow are either specialising in two distinct tones - one that's joyful and animated, providing a sense of escape to anything going on in your life (from break-ups to global pandemics); the other, meanwhile, is a little darker and brooding, allowing you to wallow in the emotions of the musicians and they string together lyricism on loss, heartbreak, and everything in between.

Sydney-based musician Chris Lanzon is someone who fits into the latter category (generally speaking), and it's something the 19-year-old has been teasing with singles that have littered his 2020 thus far. In January, he took a step into the limelight with Still, a slow-burning, soft-stirring debut single that paired acoustic melodies with his charming, emotive vocal. "When he's lying next to you, the way I used to do / Do you think about me still?" he sings. Then, he followed it up with 72 Days back in March, a busy five-minutes-thirty that grows into a swelling, Bon Iver-esque climax - stripped right back, but still full of bunch.

Today, we're premiering the next part of his journey and his biggest part yet. After these singles set the tone for the Chris Lanzon project, the today-premiering debut EP Melancholy builds on it and properly allows Lanzon to introduce not just his music to the world, but who he is too - something that comes naturally with an EP so lush of emotive and intimate themes. It's an exploration of who he is and the stories that have allowed Chris to become who he is; the learnings taken from across the years condensed into six tracks that stir with an otherworldly presence.

"The last couple of years have been full of a lot of learning and growing for me," he says on the EP, which officially arrives this Friday. "This project tells those stories. It’s sad, but comforting… honest, but hopeful. I want people to feel that they are not alone."

Melancholy is an EP that succeeds in doing this. At times, it's grippingly sombre - a sadness that lingers though his vocal (and how it slowly moves in and out of the rich, often-guitar-backed instrumentals underneath) being the EP's central star, and something that will quickly become synonymous to the Chris Lanzon name. At the same time, however, there's an uplifting cry that sits within some of the tracks and their movements; a notion of "yeah, it sucks but it's going to get better" overarching the EP's lyricism and the wealth of personal knowledge that builds it.

Melancholy really makes Chris Lanzon one to watch, so with the debut EP premiering on Pilerats today (ahead of its full release this Friday), better get to know the musician behind it all, and the stories that built his debut EP:

I am a 19-year-old songwriter/producer/artist from Sydney making songs in my bedroom. Music is my safe space and there’s nothing I love more than creating.

With this first project Melancholy, the title definitely sets the tone for the music. It feels cathartic, emotional, raw and honest - and sonically blends intimate acoustic moments with uplifting, almost “cinematic” sounding moments. It’s definitely super introspective and personal. I hope to build on this sound with the new music I’m working on to make it a little more energetic and uplifting, while keeping those raw elements.

My music is really shaped by how I’m feeling at the time, and expresses things I can’t always put into words - so as I change and grow as a person, I’m sure my sound will too.

I tend to write and produce for the majority on my own, I feel that’s how I work best - when I can just get into a zone and have the freedom to go anywhere with what I’m creating. I usually write and produce at the same time, as both processes inspire me. Once I have a basic instrumental idea I’ll focus on finding the right melody to fit, and mumble words until I can dissect what I’m trying to say and how the music is making me feel.

With all that said, I do love collaborating when I find the right people to work with. I wrote 2 of the songs on the EP with my friend Demi Louise, who is an incredibly talented songwriter, and we work really well together. More recently I’ve been doing sessions over Skype with a friend of mine from LA, and that process has been super stripped back, writing with only a guitar - and then I produce the ideas up later. That’s been working really well, too.

Production is something I’ve always loved and am trying to improve on every day. This is the first project I fully produced and mixed on my own, I’m super stoked on that. I still have a lot to learn, though.

Can you tell us about your new EP, Melancholy?

Melancholy bookmarks a certain period and set of emotions in my life. The last couple of years have been a lot of learning and growing for me, and these songs tell some of those stories. After graduating high school in 2018 I decided not to go to uni straight away, but to instead focus on creating music. Through that process, I experienced a lot of self-discovery and was spending a lot more time on my own, which was new for me. To me, this project follows that journey of losing yourself to find yourself; not really knowing where you’re going, but things starting to make sense along the way. I’m still on that journey, but this project helped me vocalise part of it. It’s raw but honest, sad but hopeful. I hope when people listen they can find some sort of comfort in it.

2020 is exciting because I’m finally starting to release some of what I’ve been working on. I’m in the process of creating a short-film counterpart for Melancholy which I hope to finish shooting once the COVID restrictions settle down - and hopefully I can play some shows then, too. For the time being, I’m writing new music every day so fingers crossed you’ll hear more from me before the year is out!

The songs come from a vulnerable and personal place, but I think they’re ambiguous enough to be related to by people and their own experiences. That’s all I can hope people take away from it - just connecting and resonating with it. Music has always been a safe space for me, and I hope people can find that space for themselves through my music.

This is my debut project, so this is it for now! You can find it wherever you listen to music on May 1st. I definitely want to put out some more stuff before the end of the year. There’s so much that I’m working on which I’m really excited to share. 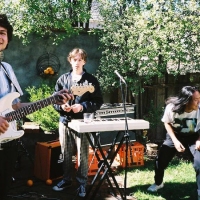 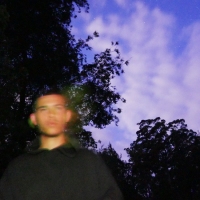