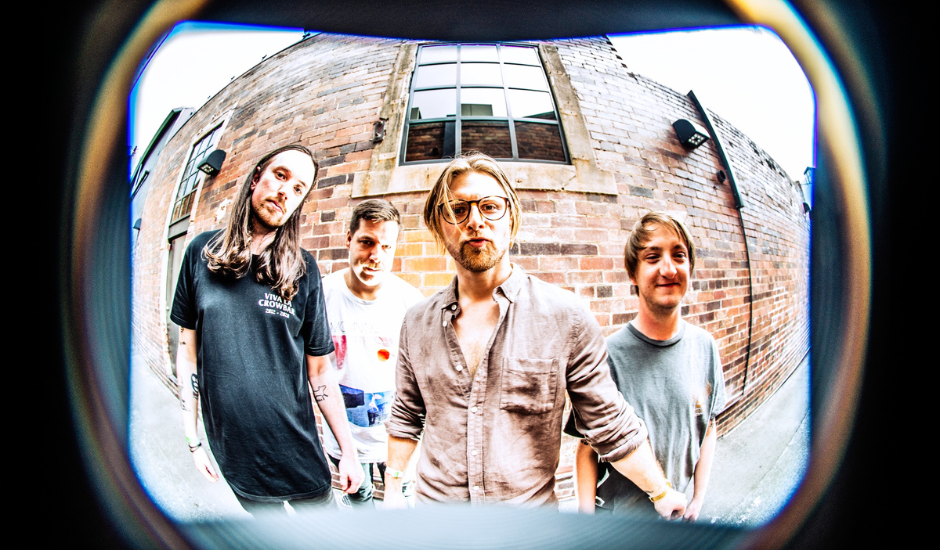 Posted By Veronica Zurzolo 25 days ago

Beloved lutruwita/Tasmania-based emotive rock come anthemic punk outfit The Sleepyheads today release their highly anticipated debut album Something To Balance The Sonder, a release that sees years of hard work come together in a raw and high-powered 10-track experience.

Featuring previously released singles Nihilist (which we premiered about a year ago), Sonder and most recently Coronation Park, the LP’s central theme is based on the noun sonder - “the realisation that each random passer-by is living a life as vivid and complex as your own – populated with their own ambitions, friends, routine and worries... Millions of stories happening around you simultaneously, in which you only appear as an extra, sipping coffee or crossing the street.”

With infectious riffs screaming from an electric guitar, foot tapping beats, and beautifully melodic thought-provoking lyrics throughout, Something To Balance The Sonder is deeply personal to The Sleepyheads, whilst remaining relatable for listeners, bringing some relief to the existential dread we’ve all felt at some point in our lives. Vocalist and guitarist Pat Broxton sharing “This record represents seven years of raw, inward, self-analysing writing, three years of recording (and re-recording), and the overall experience of being a band while living in lutruwita/Tasmania,” he continues “These songs are all very personal and definitely feel like Sleepyheads songs, but it also feels like we’ve delved into new territory as far as the songwriting goes.”

With huge milestones under their belt so far such as earning a triple j Unearthed Feature Artist slot, performing at Falls Festival, Party In the Paddock, Til The Wheels Fall Off, Woolly Mammoth and triple j’s One Night Stand in St Helens, and supporting SEMANTICS on their national tour - there’s no doubt that you’ll be hearing a lot more from this irresistible punk-rock outfit.

For now though, soak in all the goodness Something To Balance The Sonder has to offer, whilst The Sleepyheads take us through the record track by track below.

Sonder is written from the perspective of someone disassociating at a party, and taking in all the conversations around them.

B.S. was written in the first Covid lockdown in Tasmania. I was in a long-distance relationship at the time, and then lyrics stemmed from feelings around that. It’s a bit of an anthem for people that can get wrapped up in the negatives.

Better Luck Next Time was written following the end of a long-term relationship. It deals with everything from self-doubt to self-confidence. Overall, it is an optimistic song written for people who are struggling to find the positives.

Go Figure is about being healthily self-critical. Riding the line between speaking confidently and with conviction, while still being able self-analyse in hindsight.

Pacifist came together extremely quickly. A little acoustic idea that Pat had in the studio, the bones of the track are recorded live, in one take. We brought our friend, Jacob Hull in to record the piano parts, which added so much to the song. A nice, post-break-up, re-seeing-someone-new, emo tune.

Always Have, Always Will

Always Have, Always Will is about being stuck in cycles, and letting past experiences impact how you handle things. It was actually one of the first songs we recorded for the album (way back in 2019), we ended up re-recording it as it entered our live set and evolved a lot.

Coronation Park is one of two “old favourites” that made it onto the album. Originally recorded as an acoustic song for Pat’s solo EP in 2015. It then made it to the Sleepyheads first, self-recorded EP in 2017, and now it has reached its final form. A fun song about drinking in the park with friends, and friends moving away to pursue their goals.

Nihilist was written in mid 2020, it’s a bit of a tongue in cheek observation of just how completely f**ked the world was at that point in time. Once we got into the studio in early 2021, I really felt like the song needed a bit of a change in the second verse, that was when I hit Connor Brooker

(Bugs) up and he was absolutely great at adding his personality to it.

Spiders is an old favourite that has never got the recording it deserves, until now. It’s a song about ultimatums, supporting people, and being confused. It also might just be an excuse to sing “I’m not here to f**k spiders” with a bunch of people.

Everybody Knows is a very special song to me. It’s the first track that Sean and I started writing when he joined the band at the end of 2020. It’s an emotional, uplifting song about supporting people and making tough decisions. It’s the perfect way to close out the album too. 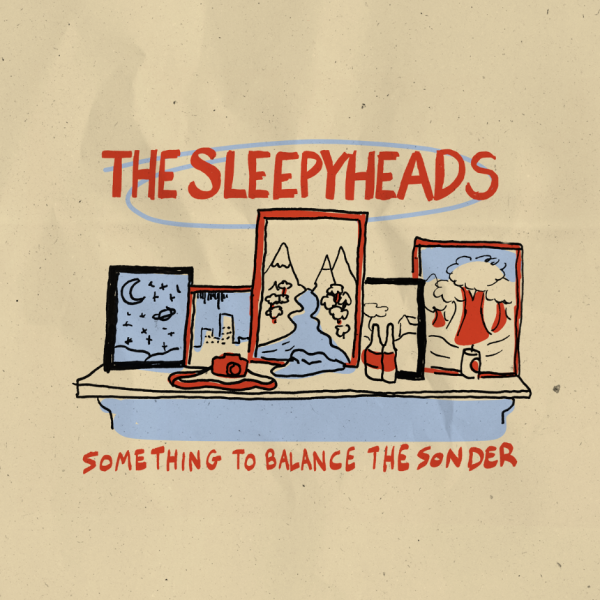 The Sleepyheads new album Something To Balance The Sonder is out now. 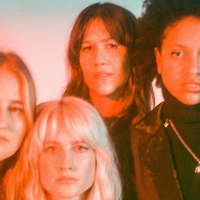 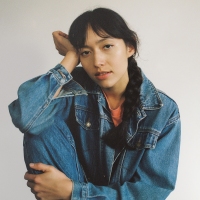