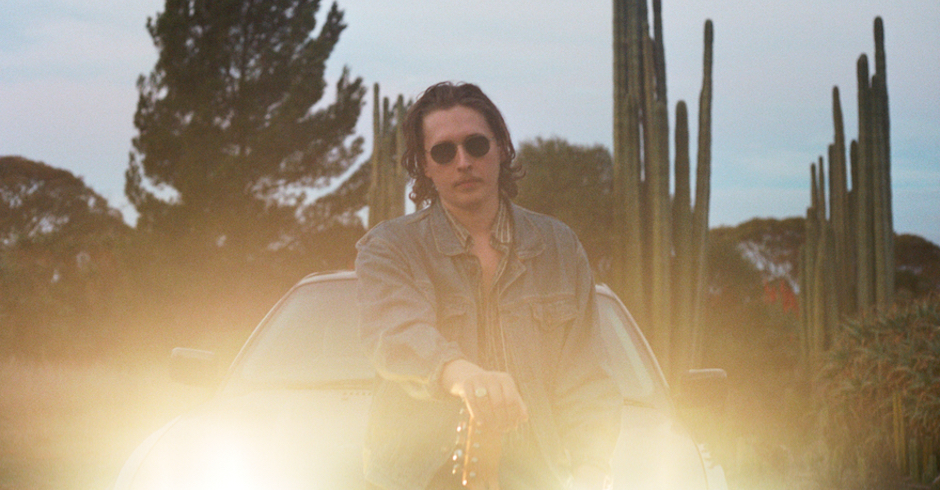 While it definitely doesn't get the attention of Melbourne or Sydney, Adelaide has really put itself forward as a hot-spot for electrifying rock music in the past few years, most notably through acts such as Bad//Dreems and West Thebarton. Beau Lightning is an act further pushing forward this 'Adelaide rock' sound, with his debut single Last Night combining festival-ready vocals and ripping guitar lines of Queens of the Stone Age and Royal Blood with the added confidence of someone like Arctic Monkeys frontman Alex Turner. Formerly a member of Lucid Dreams with Matt Shrip, Last Night sees Beau Lightning put his foot forward as one of the city's most exciting newcomers - so it's definitely wise to jump on board now and get to know him and his debut single a little better below:

I'm 22, from Adelaide - music and food are life. Pretty much all my spare time goes into writing music. I live in a recording studio, so I’ve got a great set up here. For work, I look after children and young people that have been removed from their families due to, usually abuse or neglect. It's pretty heavy work sometimes, but it's for a good cause.

Rock ’n' Roll! I love music that you can really get into when you are playing/performing it. There is some psychedelic and experimental influence in there too. My favourite thing to do is mess with knobs on pedals or effects units to get the craziest sounds I can and somehow incorporate that into something that is actually an enjoyable listening and visual experience, not just a wall of noise.

It’s pretty much always me by myself in the studio. Writing is different for me every time. I don’t really have a process. I don’t as often anymore just sit and write a song acoustically from start to finish. I find it comes out a lot more singer-songwriter-y. I try to come up with a riff, or bass line, a drum beat and work around it that way. Lyrics are a separate thing, I write lyrics all the time when they come to me and then when I start coming up with a song, musically, I'll go through the notebook and try pick something that fits. In terms of production, I just love messing with mic techniques, that gets me really excited, placing mics in unusual places where they aren’t meant to be, finding out that it works and using a microphone to do something that it isn’t traditionally meant for. I just like to experiment, especially with vintage or unique, interesting gear.

Can you tell us about your new single, Last Night?

Yeah, it is one of four tracks on an EP that will only be a limited physical release on tape, vinyl and CD. Last Night is out now digitally but the EP won't be. I was in a band called Lucid Dreams a few years ago and when that ended I just didn’t really know what kind of music I wanted to create. Last Night was the fourth song I actually finished and it has a very different vibe to the other songs on the EP. The EP is called Finding Colour, which I felt was a fitting name, as the songs are kind of the journey into finding the sound of Beau Lightning, that sound being reflected in Last Night.

In terms of what it's about, when I was a young, about 7 or 8, I remember one night looking out of my bedroom window and depending on what you believe, I thought I saw a ghost or demon or something along those lines. At the time it scared the hell out of me, but I use that experience to kind of talk about whether or not I believe there is a god and if the experience changed me in some way. I have no answer by the end of the song, it’s more just a discussion with myself.

Yep, on the 19th of October, I’m supporting my friend's band Frisbee at The Jade in Adelaide for their EP launch.

Other than that I am starting to think about how and where I’m going to have my EP launch for Finding Colour. Hopefully ill be able to organise a backyard show or something on a friends property, BYO alcohol and hire a food truck, do it somewhere friends can pull out their swags and stay the night. Get a few bands to play and make a day or an afternoon into the night out of it. If I’m really organised id love to film it, or at least some of it and make a mini little clip about the day. Keen to make it a pretty special experience. The Growlers really inspire me with their whole DIY approach to their festival, Beach Goth, over in the US.

A music video for Last Night is in the works. Think desert, cacti, old cars, hopefully some burnouts in them and maybe some overacted rock star cliche’s.

Obviously, there is the EP, not sure if that will be late this year or early next year yet. Planning to drop another single by the end of the year, separate from Finding Colour. And if I’m very productive, a live video of Last Night in the studio, with an extended jam that we do in the live show attached to the end of the song.

Last Night is the debut single, its the only song out right now, its available on all the usual streaming platforms. 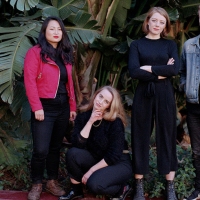 Moaning Lisa make it three from three with new single, ComfortableThe Canberra four-piece are striding towards their upcoming new EP Do You Know Enough?, out October 19. 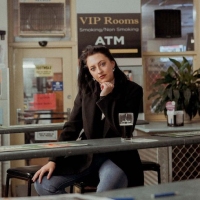 Newcastle's Demi Mitchell walks us through her debut album, The OverflowShe'll be playing cuts from the album at The Cambridge's Long Weekend Party on September 30.
Bands