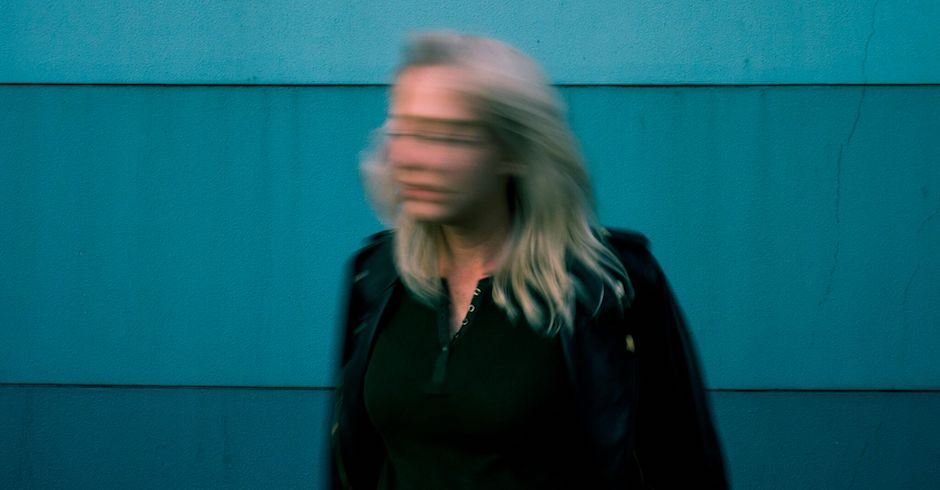 While it may not be as highly publicised as those across the Bass Straight - except maybe for an act like Luca Brasi, Tasmania is a bit of a hot-spot for all things indie, rock and punk, and rising Launceston musician Meres is just another recent example. Originally breaking out with he debut single Hell Is On Its Way, the emerging project of Mary Shannon explores a softer side of punk music - something that her most recent single Feardom displays perfectly. Feardom still packs a punch, combining ripping guitar lines with Shannon's vocal which cuts through the single's thick instrumental. However, it's also got this sorta dreamy and washed-out quality, with a certain muffledness over the track giving it this more shoegaze-like-shading.

"I was on tour with a couple of great bands while playing bass for Isla Ka. It was one of those defining moments of feeling a jealousy in the blistering heat of Brisbane, where a musician could take their shirt off quite happily in an effort to cool off from performing excellent bloody music (it's really bloody excellent music). And I know if I were a confident and outspoken type of person like so many of the musicians I look up to, I'd also happily take my shirt off," she says on the single, saying how it was influenced by her time on the road as a part of Isla Ka. "But I am not that type of person. I'm modest and insular and introverted. I don't want people to look at me, to listen to me, and yet I do, but that wanting that, kind of makes me feel like I am a lesser person. Like I don't work hard enough to write the best music I can or perform with enough confidence. I think watching the bands that night made me realise...maybe it was time to turn everything upside down. And I had no idea what that looked like or meant."

It's a brilliant track, especially for a second single, and shows a hell of a lot of promise for her future ahead. Check out below, and get to know her a touch better while you're at it too.

I’m basically just a giant weirdo from Tassie that loves making music, working in youth-based arts, festivals and other weird people like me (various band mates) and my family (you guessed it, full weirdos) and my dog Juno who is way cooler than all of us (not a weirdo, just a dog, a really cool dog)

Recently I’ve wanted to reclaim the word sludgy as a positive non-dirty-silt-ridden-river term. But I guess it doesn’t exactly explain the music… I kind of just write whatever feels good, which doesn’t seem to have much of an overarching theme just yet. So maybe there’s a pretty sludgy stadium rock style one, a repetitive, heavy, lofi one, and a self-reflective Australiana sing-along style one about having an autoimmune disease all of which you’ll be able to hear when my EP comes out later this year! (Shameless self-promo)

Sometimes an idea or a melody or a hook will come into my head. Usually at an inappropriate time like when I’m in a meeting or in the shower. Basically whenever there is no time to flesh out the idea. So, yay to technology where I can duck away and awkwardly sing said idea into my voice-memos to work on later. Typically I’ll then work on the song, sometimes for 15 minutes (love it when that happens) but sometimes for five weeks (not as much love). From there I try to demo as much as I can by recording parts myself of the instruments, trying to carve out the feeling for the song and the structures properly. Then I give this to the band where sometimes it gets renegotiated, mostly just the lead lines. So it’d be the original idea in essence, but with more diddily doo-woo-woo from my excellent lead guitarist Cody. Really I’m just so grateful I can use my friends as session musicians that I can’t afford to pay because they’re all so gosh-darn talented. So we try to make it as fun as possible for everyone, but if there’s a personal flare they’re adding to a song that strays too far from the original concept, they’ll know about it.

Can you tell us about your new single, Feardom?

Feardom is about.. taking a hard look at the effort that goes into making yourself presentable and able to do things. Sometimes it’s really difficult to find the energy to go outside of your house. To put on the face of someone that enjoys socialising when you just don’t. And all of the work you can do to your face and outward appearance as well, when really no-one cares that much. In fact, I’m used to playing shows for five people and in all honesty, I’d rather just go to the rock show in my PJ’s. One day I will, when not so bogged down by self-doubt. But also it’s about acknowledging the fact that nothing does come easily (not for everyone, at least) and if you care about what you’re doing, you might be chipping away at it forever and never get anywhere. But that, you can’t lose sight of why you’re doing it in the first place. I have a much better time expressing myself through my music than I would try to talk to someone about it. It helps me process things. And if that’s all it’ll ever be, that will be enough.

Just hoping to get the EP finished and out into the world, and then probably focus on finishing off a bunch of songs, writing more if hopefully I haven’t run out of strength to do so by then. I’m also looking at applying for some grants (Ooooooh so exciting), and we’re wanting to get over to the Mainland for a couple of shows by the end of the year. 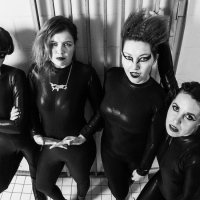 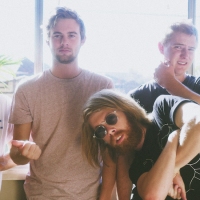 Premiere: The Attics look back on a busy year with the cruisy new video for UltramarineThe Melbourne four-piece launch the single this Friday at the Grace Darling.
Bands