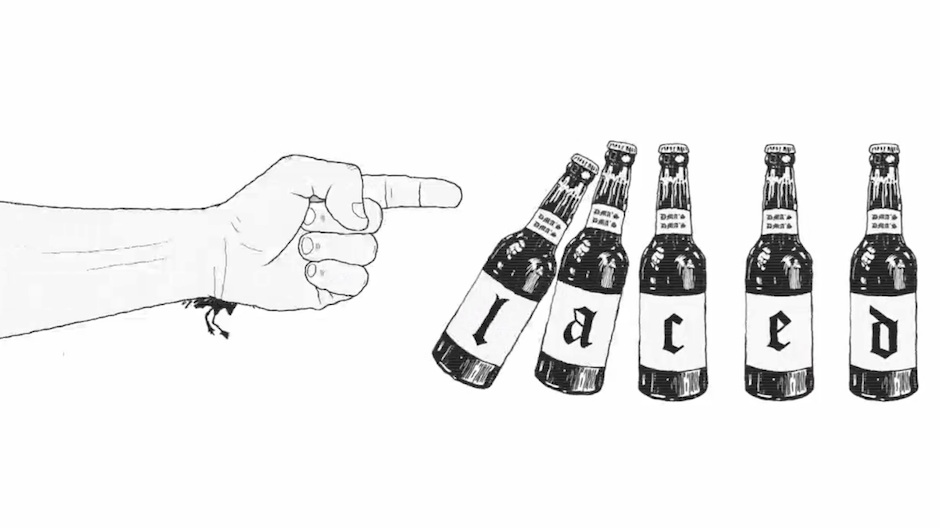 Newtown’s finest 90s Madchester revivalists, the DMA’s – otherwise known in some (dodgy) circles as the Dirty Mexican Armadillos, released the official video for their track Laced, off their double A-Side So We Know / Laced, back in October last year. The clip was a low-budget mindspin, featuring basically everything but the kitchen sink (nope – actually it did feature their kitchen sink) - toy dragons, those gawky dirty birds that hang out at the tip, Johnny with ciggies stuck in his eyeballs…

It’s a case of choose-your-own-adventure now, with the boys releasing a second video today, in which Laced gets a tres Frenchy visual re-do courtesy of French director & animator Julien Rivoire, from Lyon-based studio Bastard Graphics. You may know Julien for his animatiions for adidas’ Songs From Scratch series, or his cool 3D GIFs as featured on The Creators Project.

Rivoire creates a charming, surrealist, sketch-like animation for Laced that kicks off with some black-and-white beer bottles standin’ on the wall and some contemplation, before a hypercolour T-Rex headbutts his way through the clip. “We gave Julien free rein with the video and told him to just go to town with it,” singer Took told NOWNESS, who premiered the video. “So he just went for it. If you overthink concepts, sometimes it comes off pretty contrived and a bit fucked, so it’s easier to have fun with it.”

DMA’s have maybe been having a bit too much fun lately – they’ve absolutely lived up to the “ones to watch” tags they were loaded with after they came to everyone’s attention last year with their debut single, Delete, having just ripped through their first, sold out London show and now traipsing through the States with dates locked at huge music festivals Bonnaroo, Lollapalooza, Outside Lands and more. It’s great to see things going gangbusters for these hard-working musos!

Watch the new video below. In the words of the DMA’s in Laced - "oooh, you know you want it!" 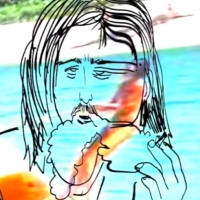 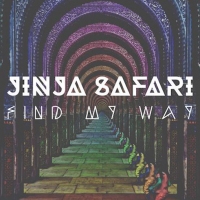