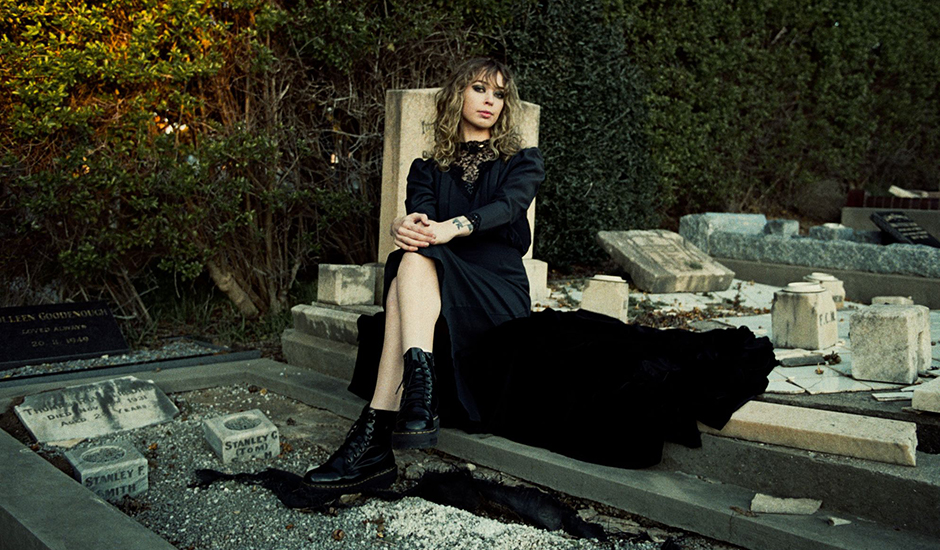 Over the last two years, there's a strong chance you've come across Jess Day already. The Adelaide-based musician has blossomed into one of the most exciting indie-pop newcomers, making a strong-armed entrance with her debut single Waiting back in 2018 and not really backing down since then. She was quickly named a reckoning force to watch, and every move she's made since then has felt true to that, whether it be in the string of follow-up singles dotted throughout 2019 and 2020, right through to her presence on the live stage, including headline shows and a sold-out tour with 2020 breakthroughs Spacey Jane.

In the last year, however, things have been a little quieter. Release-wise, Signals and New Shoes were two songs that dotted 2020's first half, supported within the live realm through that aforementioned tour alongside Spacey Jane - one of last year's few, big-scale tours to go ahead. Much of Jess Day's last year, however, has instead been spent living new experiences and transforming them into glittery, versatile indie-pop to come, deepening her songwriting and building a platform of singles beginning to unveil themselves over the next little while.

Naked is the first taste of which, and it's a song that feels like the commencement of a new period in Jess Day's musical career; a song that encapsulates the evolution and growth that has made Jess Day such an exciting force, and one that has made her presence in Australian indie's future solidified for years to come. It's a song that seemingly reaches new heights, one that brings newfound energies to Jess Day's well-loved sound both in its production and lyrical content, going a little bit deeper into the crevices of her world and creating a little rougher, edgier indie in the process of doing so.

Naked presents all of that in a short three minutes, grappling on a relationship's end and capturing all the intimate, powerful reflection that often comes alongside. "It was super unexpected. I was very shell-shocked, I guess," she says on the single. "After that, my writer's block broke as it does when you go through something traumatic... it sucks, but it’s kinda the cycle of an artist, I guess. It was good, in that sense, I got a good song out of it. I wrote it because I had to get it out, not because I was trying to write a good song."

It turns indeed turn out to be a good song, however, showcasing the heights of Jess Day's musicianship and the genuine grit that comes through her honest songwriting, and how she turns these reflections into potent works of brilliance. It's magical, and after a little period away, Naked presents one hell of a return from Jess Day, who now has plenty more to show to the world.

With that in mind, we're sure that there's plenty more to come. In the meantime, however, take a dive into Naked below, and catch up with Jess Day underneath, as we find out everything that's been going on over the last year:

Hey Jess! It’s been a minute. What have you been up to over the last two years? What’s been going on?

Sure has been. I have a shocking memory but I’d say the highlights would be signing a record deal, going on a massive tour with Spacey Jane and recording an EP. There’s been plenty of highs and lows in between.

How do you feel like you’ve grown - personally, musically, creatively - over this time?

I’ve really started to develop a strong sound I feel is authentic to me. With each release, there are things you like and things you’d wish you’d done differently. There’s no way around that - but I feel that I’ve had a few singles out now and I’m chipping away at the marble - steadily uncovering the best version of myself, creatively, with every release.

Naked is your returning single, which we’re obviously very excited by. Can you tell us a bit about this track?

It’s about feeling used when you find out someone wanted to break up for a while, then thinking back on the intimate moments you shared. All the good memories become tainted, after you find out you were experiencing an entirely different connection than they were at the time. It's about wishing you'd known sooner, and not kept around - with them still having access to parts of you they shouldn't anymore. Particularly relating to sex, intimacy and vulnerability. That’s why I called it Naked.

How did it come about?

I got dumped lol. In hindsight, I made a pretty quick recovery, but at the time I’d never been dumped before and it was gut-wrenching. The song just poured out of me.

This feels like the beginning of a new chapter in your work. As the creator, how do you feel like ‘Naked’ shows a new side to Jess Day?

There’s always a bit of a lag with when you write a song and when it comes out, but between the time I wrote Naked and the following songs I’ve made since, I feel I’ve gained an even stronger sound in my writing. I seem to just have an unshakeable clarity in what I want now.

What’s in the pipeline? Is there more stuff to come?

Hell yeah there is. I’m so excited to get it out.

What should people expect from what’s to come?

Pop hooks, crunchy riffs, and a bit of attitude - but with a lot of variety in their mood and delivery.

What would you like people to take away from this new ‘era’ of Jess Day? 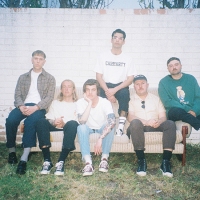 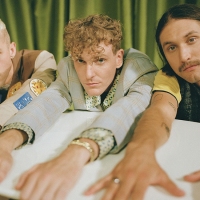 Meet COIN, the Nashville band carving their place in alt-indie-pop's bright futureThe US-based trio are already one of indie-pop's most exciting bands in their home country, but every song has them coming closer to Australia.
Bands