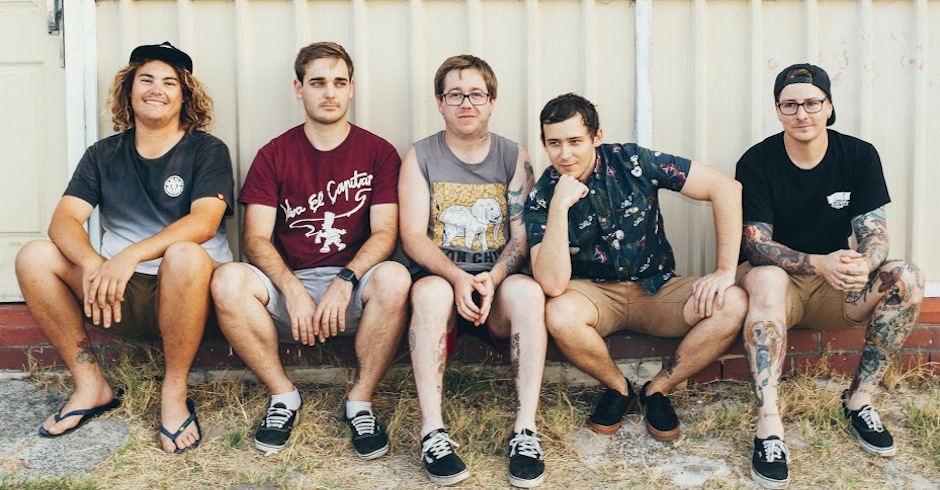 Another taste of Californian post-hardcore outfit Touché Amoré's forthcoming record Stage Four; an album that centres on the death of vocalist Jeremy Bolm's mother as a result of cancer. I replayed this song four times following my first listen - it's a honest and gripping piece of hardcore that forms a constantly climbing wall of sound, all the while bringing Bolm's impassioned vocals to the fore. Touché have always written music with an intense amount of feeling behind it, but the first two songs we've heard from Stage Four have felt particularly poignant, given the subject matter. Bolm gave an insight into the single's origins, explaining: "Most of my lyrics are autobiographical, but this one feels more like stating facts than word play. It touches on my faith or lack thereof in the afterlife. How for her sake I want to believe in heaven because it's what she deserves." Stage Four will be out September 16 through Epitaph.

Synthetic Sun is our second taste of Norma Jean's forthcoming record Polar Similar, following last month's 1,000,000 Watts, and it's another 10/10 tune from the metalcore legends. The five-piece from Atlanta are one of the longest standing heavy bands in the business, having formed way back in 1997, and Polar Similar will be their seventh album together - a huge effort for any band in a niche genre. Synthetic Sun is as hard-hitting a tune as you'll hear from a metalcore band, and, most importantly; doesn't compromise originality for recycled riffs and corny breakdowns. Polar Similar will be out on September 9 through Solid State Records.

Winners of this years triple j One Night Stand Unearthed competition, Alex The Kid have dished up a killer piece of melodic punk in Skate Or Lie. They certainly named this track appropriately, with driving bass-lines and a hooky, 90's punk anthem chorus making Skate Or Lie the perfect soundtrack to a sunny, Sunday arvo skate session. The five-piece, who recently signed with Adelaide punk label Pee Records, have an album due out August 19 which was mixed and mastered by punk engineering wizard Dan Florez in Boston, Massachusetts. The Geraldton locals put on a ripping show for their hometown earlier this year when One Night Stand hit the North-West coastal town, and the fellas look set for a big end to 2016 with this forthcoming full-length.

It was only last October that Philly punks Beach Slang released their huge debut full-length The Things We Do To Find People WHo Feel Like Us, now, less than a year on, we're lucky enough to have more new tunes from the hard-working trio. Punks In A Disco Bar is our first taste of Beach Slang's sophomore record A Bash Of Teenage Feelings, and it's a bloody cracker. These guys pull a seriously big sound for a three-piece; with guitars that tumble down in waves and drums that sound like they should be filling a stadium. Beach Slang frontman James Alex wrote most of A Bash of Teenage Feelings whilst on the road for their first album's support tour, and explained that a lot had changed in his writing mindset between the band's first and second records: "A lot of the songs (on Loud Bash) are the stories of the kids who got turned on to Beach Slang by the first album. they're autobiographical, too, but kind of a remove - I'm not that young kid anymore, but I used to be." A Loud Bash Of Teenage Feelings is out September 23 on Cooking Vinyl Australia.

As A Rival - Obsolete

My first taste of punk act As A Rival was a rock-solid one, with their new single Obsolete having me question why I hadn't heard this talented Melbourne quartet sooner. The tune kicks off with a jagged, disjointed riff that fits amazingly well as it continues to run through the high-tempo verse. Obselete, which features guest vocals from Bodyjar legend Tom Read, centres on fighting the reality of ageing and the fear of irrelevance that comes with it, a message that's delivered to perfection through the hilarious (but slightly unnerving) video. As A Rival will be playing dates around Australia for the next few months, head over to their Facebook to check those out. 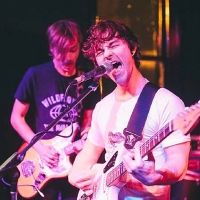 Five Minutes With: Hip Priest (Big Splash Heat #4 Winners)Following their win to get into the next round, Bob Gordon took 5 with the guys. 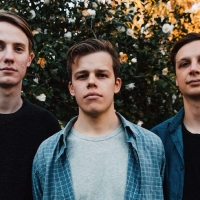 Listen to Raindrop, a stirring first taste of Columbus' debut full-lengthA killer single to go with a huge tour announce from the Brissy punks.
Bands