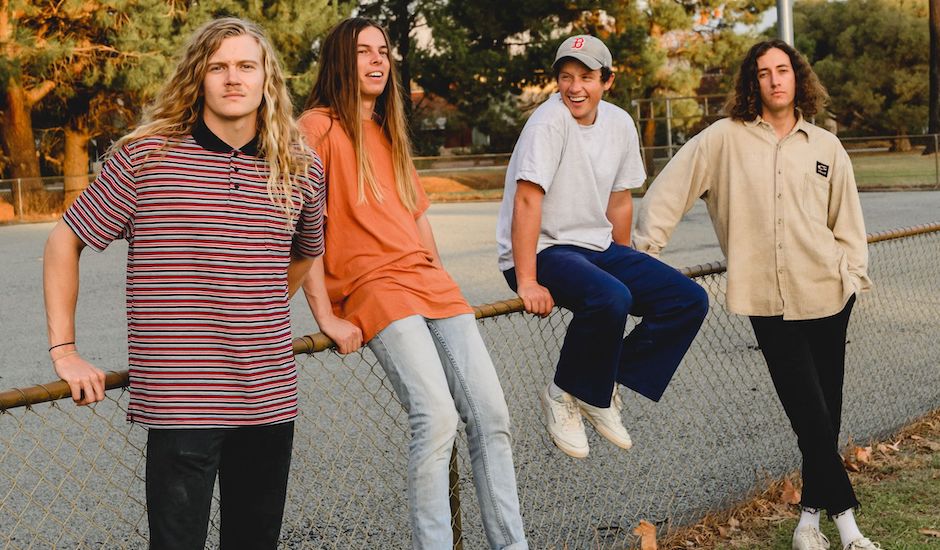 One of the strangest sensations there is comes from watching something you’ve quietly loved for a long time turned into something adored commercially. Whether it’s a cult-favourite movie or TV show that randomly captures international attention years after airing, the local band you used to pay $10 to see at a local pub suddenly play Falls Festival or something completely different, it’s something that always hits us for six - a weird mix of excitement, proudness, and “how the fuck did this happen” swirling around the circumstances.

In our position, it’s something we find constantly with Perth bands. Over the last few years, we’ve watched San Cisco going from loveable teens playing all-ages gigs into the internationally-touring juggernauts they are today; Stella Donnelly playing for a handful of people at an EP launch one week, then playing Laneway Festival the same week a year later; Spacey Jane going from where they were in two years ago, versus where they are now: #2 on the ARIA Charts, primed for domination. It always happens at a flash moment, and every time it happens there’s a certain excitement that comes with seeing the rest of the country fall in love with a musician (or musicians) you’ve come to adore over the years (even if it means their broader touring schedule means you won’t be seeing them as often).

It’s something we’ve seen happen time and time again, and now, it feels like it’s happening to Great Gable. Over the last twelve months particularly, the Bunbury/Perth-raised but now solely Perth-based four-piece have somehow blossomed and grown exponentially, and it’s been a long time coming.

From the get-go, it was clear Great Gable were something special. Coming from all over the West Australian south-west, the group channel a simultaneous ferocity and charm that’s difficult to balance in the alt-rock world (usually, bands tend to pick a side: commercial and accessible, or rock-y and larrikin-like); their work navigating the boundaries of indie, rock, punk, pop and beyond in a way that always feels fun and lively, but not at the cost of being dominative or overwhelming. They also seem - generally speaking - down-right good people, and at a time where that’s become more important than the music itself, it’s a relief to see up-and-coming bands being generally supportive of the communities that they came from, and those that have helped them along the way.

In terms of their Australian break-out, a lot of came from their 2019-released third EP Lazy Bones Tapes. It was a five-strong collection of tracks that served as somewhat of an introduction to Great Gable for the greater national audience, encapsulating their ability to grasp every sound they attempt and make it their own, regardless of whether it’s on the lighter or heavier side of their trademark indie charm. They soon turned into festival heavyweights, playing WA live music institution SOTA Festival - whose status as a free, family-friendly festival makes it one of the state’s highest-attended - and Falls Festival Fremantle, while word of their live show spread through the acts they often were found supporting: Ocean Alley, The Jungle Giants, Thelma Plum and so on.

Now, they’re primed for their debut album Tracing Faces, and it’s become apparent that Great Gable are definitely the next West Australian flag-flyers. In everything they’ve put out since - All My Friends towards the start of this year, followed by Blur and the newly-minted I Wonder - their evolution and growth have been clear as day, both as musicians working on what’s next, and in terms of the exponential increase in popularity they’ve received. They’ve become radio darlings - Blur, at one point, was the second most-played track on triple j - and ones to watch internationally too; global indie scenes, as we’ve found time and time again over the years, partial to anything that comes from ‘the most isolated city in the world’.

Even though Tracing Faces is still a good six weeks away - it arrives August 7, via ADA Worldwide - the album’s rippling success on Great Gable’s greater success is already making itself known. This October/November, they’ll set off for a run of dates in their largest venues to date; a step-up from the pubs and support slots they’ve frequently played in the past. There’s no doubt plenty of festivals on the horizon too, exaggerated by the fact that festivals are going to be looking at elevating Australian talent due to international travel restrictions.

Tracing Faces is sure to launch Great Gable into the upper echelon of Perth’s newfound indie-rock explosion when it arrives this August, but in the meantime, take a dive into their latest track I Wonder below, and watch them continue to grow - come this time next year, we think they’re going to be unavoidable. 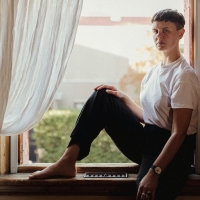 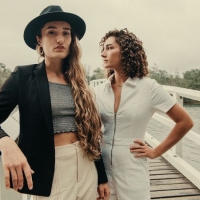 Premiere: MINIQ unveil clip for Little Miss No. 1, take us behind-the-scenesThe Central Coast indie-pop duo launch themselves into the ones to watch category with their debut single.
Bands