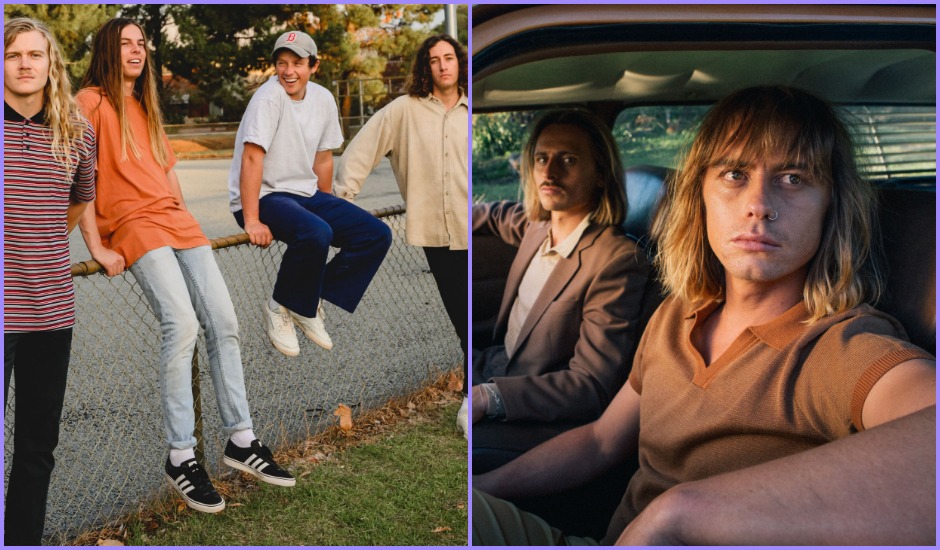 Posted By Guest Writer 8 months ago

In some ways, Lime Cordiale and Great Gable couldn't be further apart from one another. The former - consisting of Sydney brothers Oli and Louis Leimbach - are having somewhat of a renaissance period at the moment, with their second album 14 Steps To A Better You coming hot off the heels of the duo becoming international darlings (pre-global lockdown, that is), and somehow finding themselves team up with Post Malone on a variety of levels. Great Gable, meanwhile, is a collection of close friends from south-west Western Australia on the teetering edge of a moment of their own; their debut album, arriving this August, promising to make them Australia's next break-out act.

In other ways, however, it's not too difficult to find similarities between the two. While Lime Cordiale are internationally-dominating heavyweights at this point, it isn't too hard to see glimpses of their past in current-day Great Gable, who are steadily blossoming into ones-to-watch on their own. They're both festival favourites (or festival favourites in the making) - both playing Falls Festival at the tail-end of last year - and they both represent the joyful, exciting energy of Australia's indie-rock world at their best; the versatility, adventurousness and strengths of the next generation captured through two acts in very similar ways.

Just look at their newly coming albums, for example. Lime Cordiale's second album 14 Steps To A Better You can only be described as a masterclass; an opportunity to further introduce themselves and their knack for crafting fun, radio-ready indie-pop that goes beyond what's demonstrated on their debut album, 2017's Permanent Vacation. It's sharp on hooks and songwriting, with wind-swept guitar melodies and dancing percussion forming a backbone for the now-recognisable vocals of the brothers, which over the last twelve months, have come to contrast some of the country's darkest moments with smatterings of joy and upbeat animation.

In fact, despite the initial thoughts to push the album back with everything going on right now, Lime Cordiale's 14 Steps To A Better You couldn't come with better timing. It's an album full of pointed, occasionally-dark lyricism brought to life through playfulness and joyfulness; easily digestible through its buoyant melodies and sun-stroked calmness that feels like waves crashing over you, sweeping your worries away with every moment.

Great Gable's new record (Tracing Faces, out August 7th) is similarly as upbeat, capturing a comparative collection of memories - love, heartbreak, mental health and the emotions that often accompany these happenings - and pairing it with versatile instrumentals that showcase the group at their most exciting and enchanting, introducing the four-strong, Perth-based group as an outfit that can pinpoint and emphasise the richness out of every living moment, and turn into equally potent pieces of music.

The reason why we're emphasising the connection between these two bands, is because to celebrate the release of Lime Cordiale's new record (and Great Gable's on the way), we got the Perth-based group to interview the Sydney duo about basically everything, from vegan meals and potential Gallagher-esque beef on the horizon, right through to the album's detailing and creation, and it's really quite a great listen.

Take a dive into the interview below, and stay tuned for plenty of excitement in both camps. It's clear 2020 is going to be a big year for both Lime Cordiale and Great Gable, and we can't wait to see how they both grow and evolve over the course of the next six months (and beyond!).

If you could make up one rumour about yourselves what would it be?

I’ve always liked the idea of a band beef. Do you guys wanna start one? Remember how you either liked The Kooks OR Arctic Monkeys? They had full beef going on. I’d love to find out it was all pretend.

What are the chances of you two turning out like the Gallagher brothers?

Surely these brother fallouts are money-related. As long as we don’t have much money, I think we’ll be fine!

Was there any doubt or hesitation with writing songs for the second album? Or was it easy to get stuck into it straight after the debut?

It was easy! Definitely feeling more confident about what we’re doing. It makes the whole process a lot easier. I think writing and recording will keep getting more fun until you’ve had a number one and need to follow it up. Let’s hope that never happens.

How did the two weeks of no cell phone reception affect both the writing & recording process of ’14 Steps To A Better You’ and you as individuals?

We need to get away more and more for writing and recording. Firstly, it’s annoying if someone is sitting at the back of the room scrolling through Instagram but mainly because you get deeper creatively the longer you’re without distractions. Even just a simple text can throw you off track.

Hypothetical Q: Louis, your (current/future) partner’s parents are coming over for a dinner at your place - what dishes from your ‘Vegan Stoner’s Cook Book’ would you select and prepare for a 3-course dinner?

I think there’s nothing better than getting a little high and spending hours in the kitchen, stoners definitely need to step it up from Mi Goreng.

Starter: Tofu Burger Sliders. Get a little satay sauce on their too.

Main: Vegan Ramen. The secret here is toasting sunflower seeds and then blending them up for to go in the broth.

Oli, what drew you to learning to play the clarinet? Is there a particular clarinettist you could recommend for all those contemplating taking up the cylindrical tube?

Our Mum was pretty good at keeping our practice going. It was never an option to quit. I always wanted to play the saxophone and Mum said I should play the clarinet first because it’s a bit harder. I guess she was right because I do play both now. If you want to listen to some smooth beauties, listen to Eddie Daniels and if you want some of that wacky klezmer music, listen to Giora Feidman.

What challenges did you face when writing or recording the songs. Any songs that just didn’t quite come together easily? How did you get around it?

It’s always the ones you wouldn’t expect that we have troubles with. We played around with Robbery and On Our Own for ages before they felt right. It took us a while to get the tone right for Robbery and it used to have a big horn breakdown as a bridge that we ditched and changed last minute. We just couldn’t get the groove right with On Our Own for a while.

We kept plugging away at them. Sometimes we’d have a few weeks without listening to them before coming back. Always gets there in the end.

What character qualities do you think you need for a band to be successful? Which ones do you find easy and hard?

You need resilience. We’ve seen so many bands give up when they should’ve just kept it going. You can’t be a dick in this industry either. Hanging out in small venues with bands that are all starting out can feel a little competitive between bands but that soon disappears. It’s not a competition. We’re all helping each other out internationally anyway!

If you could live out anyone else’s life past or present, who would it be?

Imagine being a Beatle! The best songs the world has ever known are just pouring out of you! They always looked like they were having fun… most of the time.

14 Steps To A Better You is very lyrically driven and tackles really honest concepts. Was there a defining moment where you both decided to write a self-help album or did it just happen naturally?

The decision came halfway through recording the album. We were refining lyrics and we released that we were sounding like hypocritical self-help gurus. A lot of our songs are about not to listen to people… but then should you really listen to us? You don’t have to do what people tell you… but don’t be a bloody waste of space. Do something good.

List 3 each of your all-time favourite albums, and did they play a part in influencing this record?

The Strokes: Is This It - Even though our guitar parts don’t end up sounding very “Strokesy”, I think they’re one of our biggest guitar inspos. Love the simplicity is their straight downstrokes. Excuse the pun!

Matt Corby: Rainbow Valley – Well you guys had the pleasure of working with this man. Not sure if you guys played his Mellotron much but it’s all over this album of ours too. What a great sound. Matt has also given us all permission to SING. We don’t need choruses to sound like they’ve been copy/pasted. Why can’t the whole song just evolve vocally?!

Tame Impala: Currents – How can any band these days not be inspired by Kevin. It’s not just the synths and LoFi drums. The basslines are always great, the guitar lines are simple but beautifully modified, the vocal melodies are often long and lovely and his lyrics are great.

You toured hard in your early days and built a fan base really organically, which is something that a lot of bands tend to not realise can help a lot down the track. What’s the best piece of advice you can offer to young upcoming bands who aspire to be like Lime Cordiale?

If you think you’re about to blow up with the release of your next song, chances are you won’t. Either way, it’s a shit load of hard work. You need to make the band your fulltime job. Your other job is just your side hustle. Pretend that the only person who is going to get your music out there is you. Think outside the box.

Who is the messiest member of the band while on tour? Who is the hardest to wake up in the mornings?

Well, Nicky Nighttime gets his name because once he’s had the perfect amount of drinks (which is not that many) he turns into a different version of himself. It’s not seedy or particularly loose but it’s a different energy. Very enjoyable to be around.

Lime Cordiale's new album, 14 Steps To A Better You, is out now. Great Gable's debut record, Tracing Faces, is out August 7th. 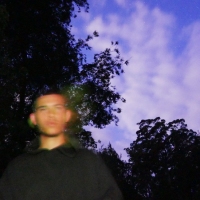 The earthy intimacy of e4444e: “I knew exactly what I wanted to do.”On his debut album Coldstream Road, the Newcastle musician creates potent intimacy through earth-y sounds. 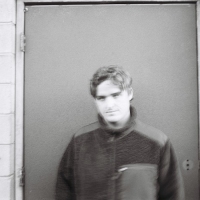 Reaching Full Noise with Willaris. K: “I felt a little lost for a while.”After the success of his debut EP, Willaris. K didn’t know what to do next. A trip to Rick Rubin’s Shangri-La soon fixed things.