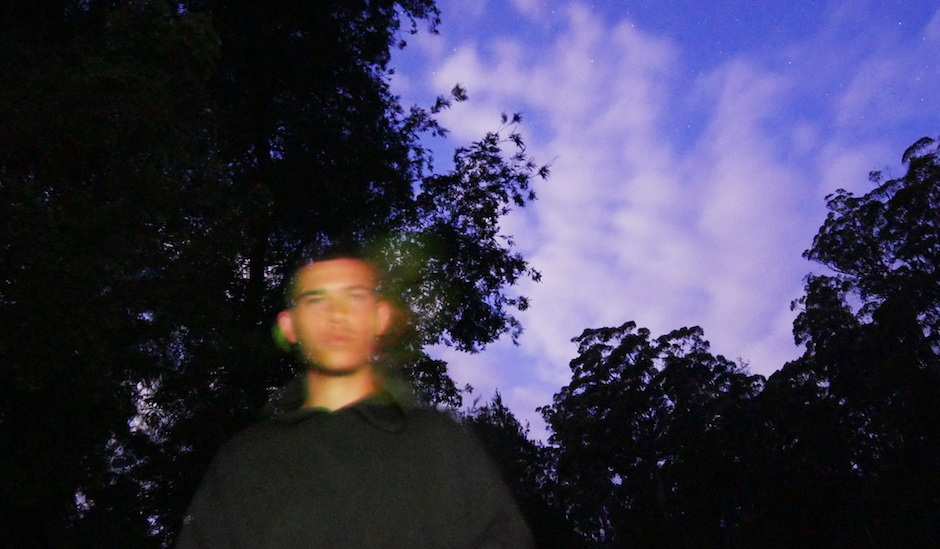 "What were you influenced by writing this record?” is an age-old journalistic question, albeit a bit of a lazy one. However, it does give artists the opportunity to talk about anyone but themselves for a minute; a chance for them to one-up those that have helped them over the way. Newcastle musician Romy Church - better known under his Spunk! Records-signed e4444e project - pauses for a second, then answers the question with a reply I don’t think I’ve ever heard before: “There’s a Japanese Zen Buddhist who works in English I’m really interested in, but other than that, the sounds and feeling of nature and the earth.”

It’s a description that’d work for none of his contemporaries or label mates bar him; an intersection that feels dimensions apart from one another, but somehow find a perfect unison through his music. Take Coldstream Road, Romy’s debut album, for instance. Released in mid-June, it’s a spiralling fifty minutes of transcendent songwriting and forward-thinking creativeness; an adventure through highs and lows - mountains and valleys - that pluck the beauty out of avant-garde minimalism and amplify them ten-fold. It’s something accomplished to the degree you’d expect from someone like Nicholas Jaar - a mastermind of a more electronic-rooted sound - but e4444e, despite being a Newcastle-based musician only just releasing his debut album, is ready to give it a shot.

In many ways, Coldstream Road was a long time coming. It’s less the follow-up to his 2018 EP Mr Dover and The Endless Rovers - which almost feels like an album in itself - but an extension of it, taking the foundations of the past record and pushing it further. “I almost wish I made Mr Dover longer and built it into an album,” Romy admits, spending 20 minutes on the phone after running off to a Newcastle record store to drop prints of the album, before returning to a nearby pub to soundcheck for a socially-distanced launch. “I had a lot of ideas and I knew what I needed to build the album in a sense, but didn’t do it until this time around.”

The advantage of having that sense of reflection, however, is that Romy knew exactly what needed to go into Coldstream Road to take it to the next level. “It was different this time around,” he explains. “I had the vision going into it of what I wanted it [the album] to be, and because of that, I feel like it was more natural. I was letting myself write what I wanted to write, but I had an idea of where I wanted it to go after Mr Dover.”

Coldstream Road, the end result, is a cascading symphony of acoustic and electronic production that nestle amongst each other with almost-strange ease. It’s an intersection of the interests that captured Romy’s attention while carving the record, from the zen-like grace of the album at its most remarkable and stripped-back, right through to the gritty dirt that falls through its rougher, more jagged edges. Take lakedawn, for example. It’s a spiralling 11-minute epic that captures the multifacetedness of the record through its long-winding drawl; Romy’s soothing voice navigating a combination of guitar strums and pacing percussion that over the course of the song, are distorted and warped into twinkling fantasy, capturing his versatility as a songwriter in the space of a single song.

However, at the core of the album isn’t a desire to showcase versatility or veer away from the edges of a box he could be placed inside. Instead, it’s a desire to make music that makes him feel connected to what’s inspired the record - “It’s difficult to explain, and I’d rather people take their own messages from the album,” he concludes - and the sense of nature that’s a central focus of the album’s foundation. This earthiness weasels its way into the record’s universe, from the bush-flanked river of its cover art, through to many of its tracks being direct nods to nature: wind, wolves, mountains, the sun and lakes referenced through its song titles. It’s a connection that’d be difficult to find as potently from a musician other than e4444e.

“Everything on the album makes me feel - or makes you feel - how something out there makes you feel,” he begins to elaborate. It’s a difficult connection to explain, and one that seemingly came more natural to Romy while writing the record, rather than something being blueprinted out to explain in interviews. “When I play a song like lakedawn, for example, I don’t know what I’m thinking of but something comes up inside of me. It’s impossible to describe with words, which is kind of why there’s a point of it being in a song.”

You get the sense that Coldstream Road is an intimate and personal record that’s difficult to elaborate on any further than the album’s long-winding melodies tells the story for itself. That’s a nod to Romy’s songwriting abilities and the potency that he’s able to carve from sometimes the most minimalistic combination of sounds.

It would’ve been a difficult album to write, if it came from anyone else. I don’t just mean that in the sense of its sound, and the navigation of acoustic and electronic contrast that’s become synonymous with e4444e’s sound, but instead that it’s an album thick with the foundations of its creator, and how the combination of sounds make Romy feel when it’s played out loud. There’s a personal edge in there; all of Romy’s being scattered out through its fifty minutes of crawling percussion and rich songwriting, telling a story which evokes particular reactions out of its creator, with everything else being somewhat of a side effect.

However, for e4444e, it all came together exactly how he wanted it to, bar losing everything but the record’s foundations after his hard drive was found smashed on the side of the road, after driving off with it - along his wallet and phone - on his car roof. “It didn’t feel rushed, I just knew exactly what I wanted to do and did it,” he says on the album. “I think it kind of needed to happen. It made the album what I wanted it to be, just me letting the songs dress themselves.”

As for what he hopes people take away from the record? “It’s a personal thing for me. I don’t even know what I’m trying to do in the context of everyone else.” It’s a refreshing, no-bullshit reply that seems to encapsulate the strange, off-kilter charm of Coldstream Road and e4444e better than anything else could’ve. If you’re not making music for you and your own stimulation, then what the hell’s the point? 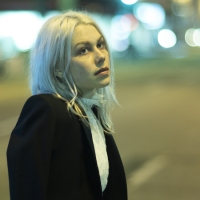 Phoebe Bridgers, and the whimsical melancholy of PunisherOn her second solo album, Phoebe Bridgers navigates yearning through songs that feel plucked from a fantasy lullaby.