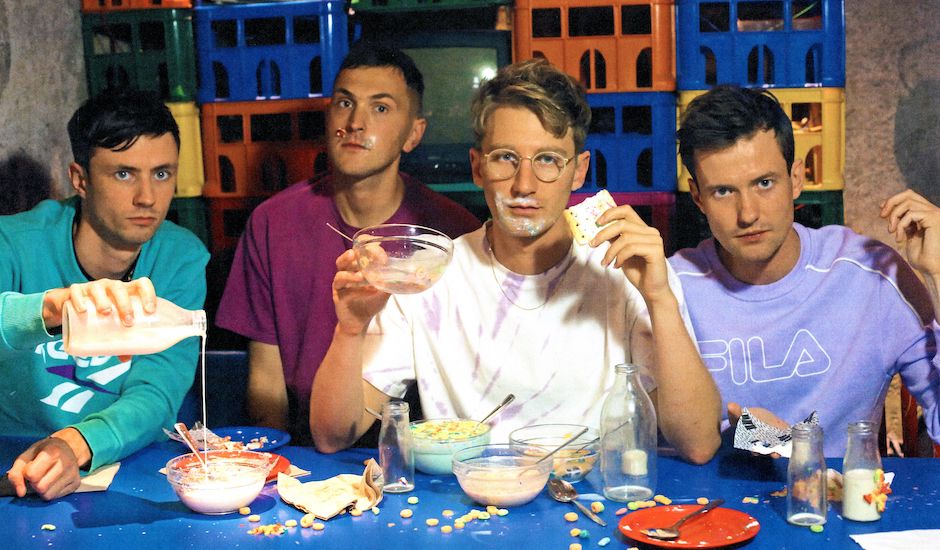 When most people think of Glass Animals, they think of Gooey – and why wouldn’t they? The woozy, quite literally gooey-sounding number defined a whole season of sun-bleached festivals not just across their home country, but all the way to Australia - where the British group have become somewhat constant favourites. The famed track - lifted from their 2014 debut album Zaba - allowed the group to emerge from the UK with a repertoire of onomatopoeic songs, transporting listeners to unique sensory worlds while sparking a small revolution of Instagram bios boasting the lyrics "shake my little soul for you."

Their follow-up album, How To Be A Human Being, was critically acclaimed, earning a prestigious Mercury Prize nomination in 2017. Each of the 11 songs represented one of 11 characters on the album’s cover art, and broadly spoke of different people that Glass Animals met while touring Zaba. Here, band founder and frontman Dave Bayley – who has since written and produced for Flume, Denzel Curry, Joey Bada$$ and 6LACK, amongst others – inched closer to a record with heart. Zaba was clearly fuelled by passion and authenticity, but How To Be A Human Being saw a distinct shift from songs that were sonically expressive to lyrically expressive. The latter album danced with the idea of intimacy between the band and their fans, gradually sharing more and more until the defining track laid everything bare.

That vulnerability, for the most part, came in the form of Agnes – How To Be A Human Being’s album closer. Spanning across almost five minutes, the finale saw Bayley coming to terms with losing a friend to suicide. “I didn’t want to put it out,” he admitted, speaking over Zoom while he isolates at his home. “I didn’t want it to be on the last record, but the band and the label convinced me to do it.”

Bayley had never really shone the spotlight on himself. Instead, he created fanciful worlds and characters to tell his stories. “I feel very self-conscious about it because I’ve always been told never to do that. My mum’s always been like ‘think of everyone else first’, but I guess a couple of things led me to writing about more personal stuff.”

Fans related to Agnes on a deeper level than any of their previous releases. Glass Animals had let down the gate that was keeping in all glimpses of vulnerability, instead welcoming discussions of mental health, trauma and sadness. The album’s ongoing questioning of what it means to be human was finally personified and, in response, the band received letters and messages saying how much the song meant to them. According to Bayley, him being “a bit exposed” made fans not feel so alone. “I didn’t really realise you could do that by writing a personal song,” he admitted, “so that definitely was encouraging.”

From here, Bayley started listening to the music he had always loved, but “in a slightly different way.” Take his favourite band, The Beach Boys, as an example: Bayley started examining the songs he cherished on Pet Sounds, reflecting on what it was exactly that he loved so much. After a while, he made the connection between Agnes and the ‘60s surf-rock legends: “I’ve realised that the reason that I like a lot of those songs is because they are incredibly personal to Brian Wilson, and they made me feel less weird and alone because he was talking about that [personal] stuff and kind of normalised it.” 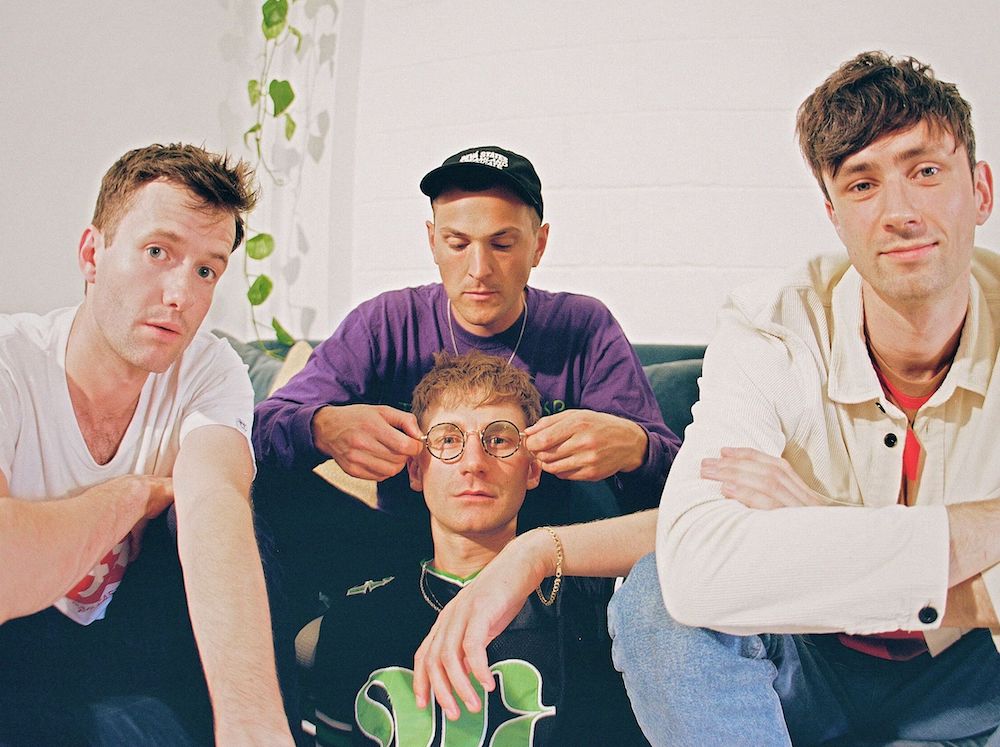 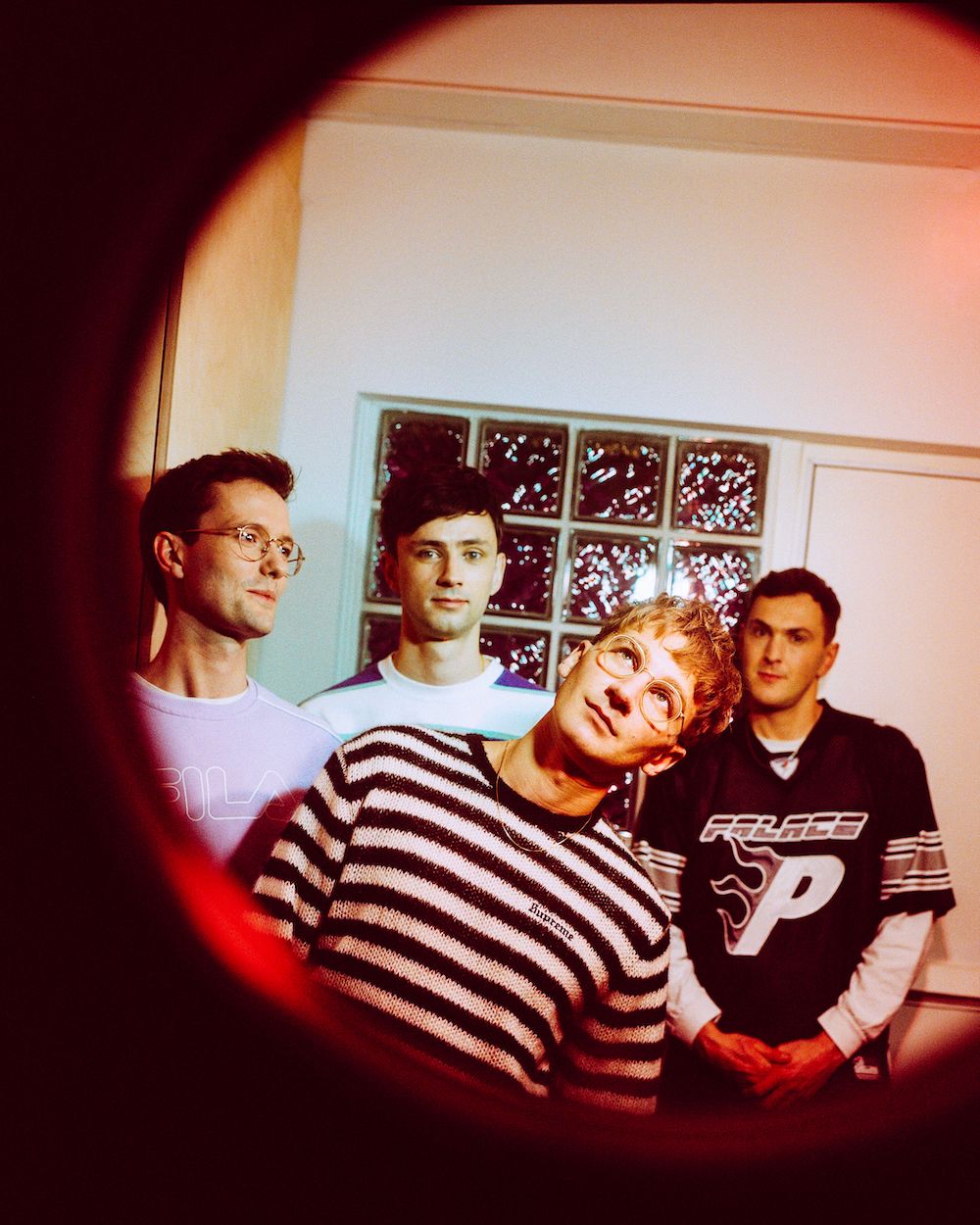 However, Dave Bayley’s willingness to be more vulnerable and explore uncomfortable parts of life coincided with an accident that saw the future of Glass Animals hanging by a thread.

In July 2018, drummer Joe Seaward was hit by a van whilst cycling through Dublin. He broke a femur and fractured his skull, leaving him in an intensive care unit where he received a neurosurgery procedure that resulted in a series of staples in his head. For the first week, Seaward couldn’t speak, remember what had happened or work out who was around him. “It horrified me,” Bayley noted. “I was spending a lot of time in the hospital in ‘the future’ and I didn’t know what was going to happen, it was really scary. I didn’t know if he was going to be ok, I didn’t know if he would survive, be able to walk, talk, didn’t know any of that. I wasn’t really even thinking about this band thing, but that was also up in the air.

"The future just looked really shit, and what was happening around me was also shit, because I was in a trauma unit, so you just start digging into your past quite a lot because reliving those old memories is sort of… it feels fresh. It feels like new experiences and we as humans have to experience to feel normal."

Thankfully, Seaward recovered and eventually played his first show since the accident last November. And, in a retrospective silver lining, Bayley’s unfortunate pastime of “reliving all these old memories” is what kicked off their third studio album - once it was appropriate to start thinking about music again, of course.

Dreamland is a direct replica of the emotional healing he undertook during this time, spurred on by countless minutes spent in hospital by Seaward’s side. Each track sees Bayley process a memory from a particular time in his own history, warts and all. It's without a doubt the most personal he's ever been, breaking down the stories that define who he is - both as a musician, and the multi-faceted and complex person behind his art - even if they're ones that he never felt comfortable writing about in the past.

For example, one of the most powerful songs Glass Animals have ever written appears in the latter half of the record, ironically titled Domestic Bliss. Here, Bayley recalls his “first memory”, centred around a friend’s mum who was being physically assaulted within her own home. He explains the incident vividly: “[She] used to pick me up from school with my friend; we’d go back to his house and hang out, we’d all like squeeze into the front of her truck and we’d pull up to the house and she’d go in. We would go play and she’d like… we’d hear shouting and she’d come out and there would be blood."

“It was terrible,” he continued, “but I didn’t know what it meant. I guess, it was… I don’t know. Maybe I still feel a bit weird talking about that kind of stuff, it’s quite shocking that that’s actually going to be out in the world now. Bit nervous.”

The song opens painfully bluntly: “I see the bruise/I see the truth/I see what he’s been doing to you,” set against a minimalist production, by Glass Animal standards. However, what begins sparse and cold eventually flourishes into hope. A subtle re-writing of what occurred and what could have been. “I think that’s it,” Bayley ponders. “Maybe now I’ve finally reached a point where I can understand it.”

For Dave Bayley, digging around in the dark parts of his conscious lead to a ripple effect of memories flowing out. Once he “pulled off a lot of the plasters” hiding childhood memories, like that of Domestic Bliss, they didn’t stop coming. “You forget about a lot of the stuff that happens when you were younger,” he offered. “Lots of other things kind of came with it… I guess I just started to realise that a lot of… really, really strong gender stereotypes apply.

When asked about gender stereotypes currently existing in the music industry, Bayley let out a stream of consciousness sparked by Glass Animals’ first piece of press: “I remember the first review we ever had called me out for being too effeminate. That was, like, the first line of [the review] and I guess I never really understood why that was a bad thing. On another level, it sort of hurt. It’s weird. I was just freaked out that someone used that as a criticism. I think slowly those ideas and really engrained ways of thinking people are second-guessing those things, those things they’ve been taught to think."

Then, Bayley - reflecting on the strangeness of it all, begins to laugh. "I just thought it was weird that was the thing that they latched onto about the music, of all the things, was the fact that they thought it was weird that I was… not a woman? Very strange. I’ve always been kind of confused about it and I think going through some of this stuff has helped me realise why other people think that way. There’re even parts where I’ve thought that way, like, caught myself out. People are definitely taught certain thinking patterns that need to be completely thrown out." 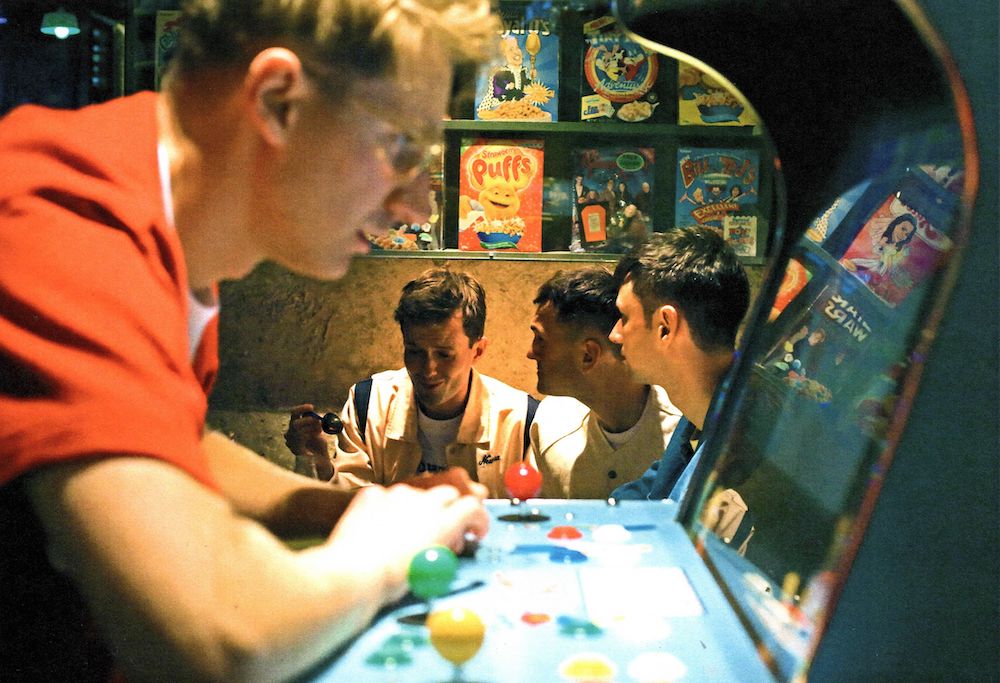 Dreamland is an equal playing field of production and emotional ties, stringing together tales of trauma and contemplation with thick dance-heavy bass lines, impressively mind-bending hooks and, on occasion, snippets of Bayley’s own home videos. Domestic Bliss and the self-destructive It’s All So Incredibly Loud may be sore spots but turn the page and you’ll find an unconventional love song in Heat Waves or the chaotic master collab that is Tokyo Drifting, starring Denzel Curry. All 16 songs rely on each other to paint a picture of where Bayley has been in life and where he’s heading next, bookended with the kind of self-reflection that could’ve only appeared in Album Number 3.

"The verse [of album closer Helium] is actually asking what you’ve learned the most in life and then I guess the final paragraph of that song is mainly just saying yeah, we have these sort of weird foundations that are cracked and flawed, and we try to build what we can on it, and that’s the best you can do. That’s your life!"

Glass Animals' third record Dreamland is out Friday August 7th. You can pre-order it now. 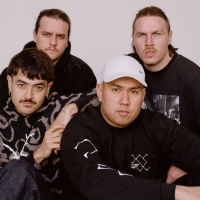 Triple One's time has come: "We always wanted to do an album."In October, the Sydney hip-hop group will share their debut album, Panic Force. It’s been a long time coming. 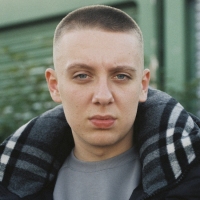 You can’t spell Manchester without an AitchOn a pandemic-precipitated break from the road, Manchester emcee Aitch returns to the city that helped make him one of UK hip-hop’s hottest emcees.

Leigh Carmichael Is One Dark Mofo

On the band's third album We Are a Team, out now, Ceres turn to "melancholic positivity" –– and it works.