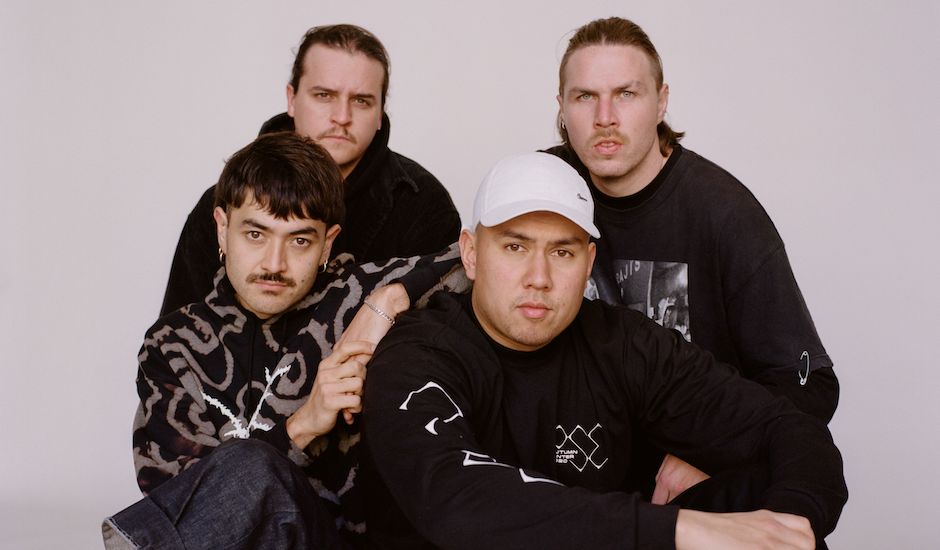 It’s April 2019, and there are over 600 people crammed inside of a venue that’s filling out to the street. Those who managed to get in, are chanting for Triple One (who at that point, had only ever played one West Australian show prior) and there’s a feeling of sweat dripping off the walls; an incomparable level of energy that wouldn’t die down until some forty minutes later, when the Sydney group - vocalist Lil Dijon, rappers Marty Bugatti and Obi Ill Terrors, and producer/DJ Billy Gunns - would eventually leave the stage.

Just five months later, Triple One would play their next show in Western Australia - on the main stage of Listen Out, in the early afternoon - and the crowd would be closer to 6,000 than 600. It’s an example of Triple One’s rapid exponential growth, resultant of a long-winding journey that’s taken the group from being synonymous with Sydney’s hip-hop underground - and the cult audience that quickly built up by being in that position - to the upper echelon of Australia’s music sphere, and how it’s perceived and showcased internationally. They’ve become a face of not just Australian music today, but how it will look tomorrow; defining the curve and its effects on hip-hop, rather than jumping on trends in an attempt to follow it.

At its core, Triple One’s music has always been driven by creative expression and the freedom that brings, no matter how the group have grown over the space of the last four years. Their earliest work - shown best by their The Libertine. EP - uses this distinct Sydney hip-hop sound as a backing for experimentalism, exploring an intersection between hip-hop, indie and beyond that on future releases - such as their break-out, 2018-released The Naughty Corner EP - would be further deepened. You could never tell what they were going to do next; tracks such as the following Chillinit and Mitchos Da Menace-assisted Wild Fire would be firmly rooted in hip-hop, while a track released just months later like Jitter would crunch with punk-adjacent distortion and playful splatterings of guitar.

In many ways, this genre-fleeting characteristic of Triple One’s sound is a testament to their different upbringings and the wide-ranging musical influences attached to all of those, and that’s something they’ve tried to show - and succeeded in doing so - with every release. “We’ve always been a part of that Sydney rap scene,” says Obi, speaking from a studio while Billy, who is isolating at his home run down with sickness, chimes in. “But we’re doing different things, I think.” 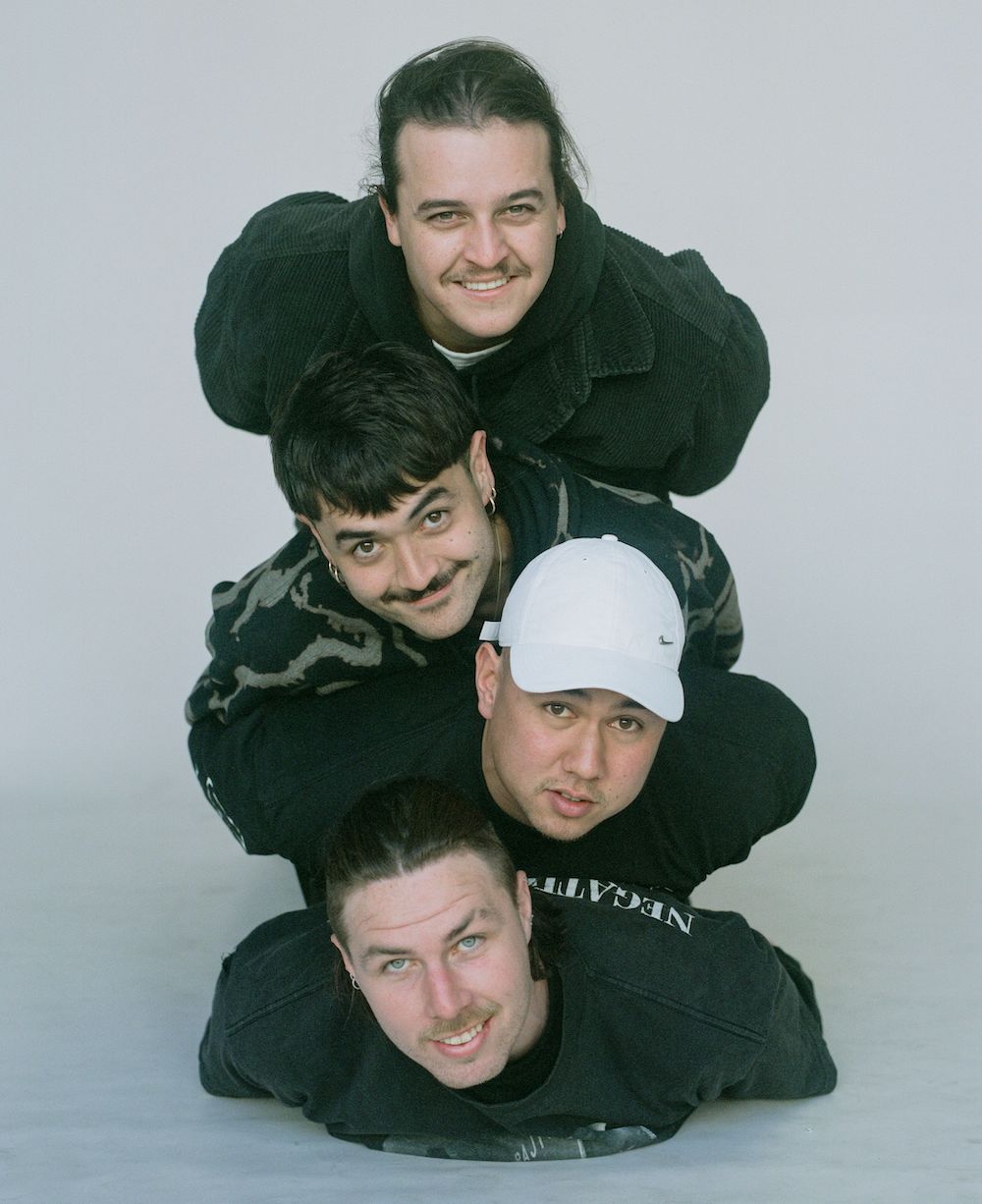 This October, Triple One will share Panic Force, a long-awaited debut album that encapsulates the group at a new peak, and shows how they’ve been able to evolve throughout a four-year period without losing the qualities that make Triple One so distinct to themselves. “We always wanted to do an album, but I think we really wanted to wait until we felt like we were comfortable making really good quality music,” explains Obi, asked what the journey has been to releasing a debut album at this point in the Triple One journey. “For a long time we’ve been making quick, garage-like music and it’s been great for singles, but with the title of a debut album… we didn’t want to throw just anything into it. We wanted to make sure we could make quality music to fill an album start to finish.”

Not wanting to rush - and potentially mess up - something as significant as a debut album, the group instead spent time refining their sound and working out what they wanted to bring to the table, the end result sounding like a more well-rounded record reflective of Triple One’s many sides as a multi-faceted collective of musicians. “The whole album is a combination of sounds that we love and feel like we’ve nailed,” continues Obi. “There are songs on this record like Loverose which feel like that finessed Triple One sad-boy sound, but there are also new sounds, and ones that we’ve kind-of messed around with in the past but have really nailed now.”

That isn’t to say Triple One have found their sound - both Obi and Billy maintain that the group make new sounds constantly, and haven’t settled on one distinct sound - but the album is said to capture the group at their current peak, summarising a turbulent journey to get to this point while looking forwards into potential future paths. “Yes, it’s under the hip-hop umbrella,” Obi says, air-quoting. “But we’re not afraid of making new stuff, and this album is a testament to that.”

As Billy elaborates, you get the sense that Panic Force is an album free of genre restrictions and boundaries, going deep into the sounds that paved Triple One’s career to date, but also ones that are sure to influence their future, and what Triple One may sound like when it comes to a second album in a few years time, for example. “There’s not too much traditional, bar-focused hip-hop,” he says, while Obi jumps in to say he doesn’t think Panic Force is a rap album full-stop. “There are mosh songs, but there’s other stuff too. There’s a couple of songs to kick people in the head in the pit, and a couple that’ll make you cry in the mosh - it’s a good balance.” 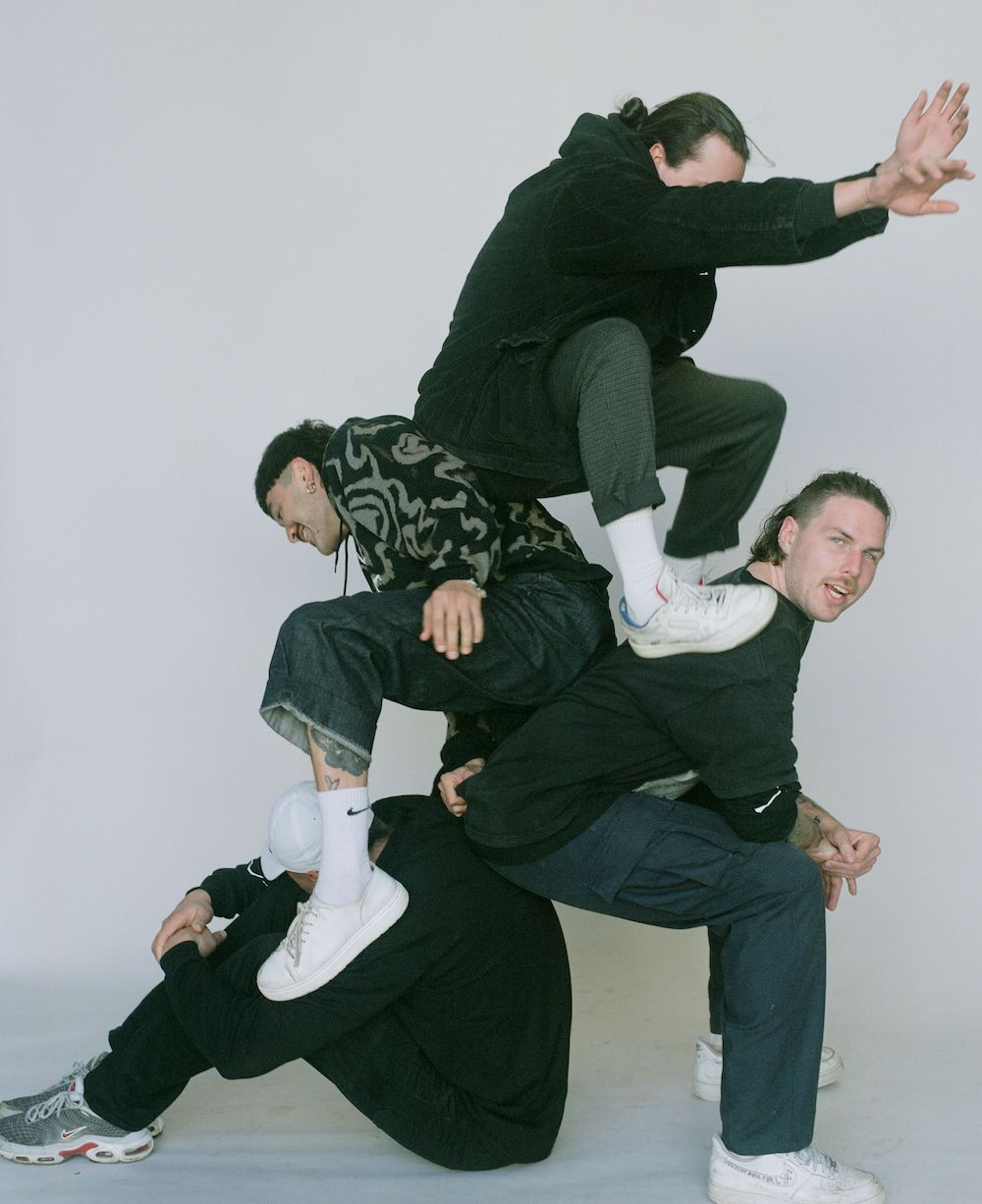 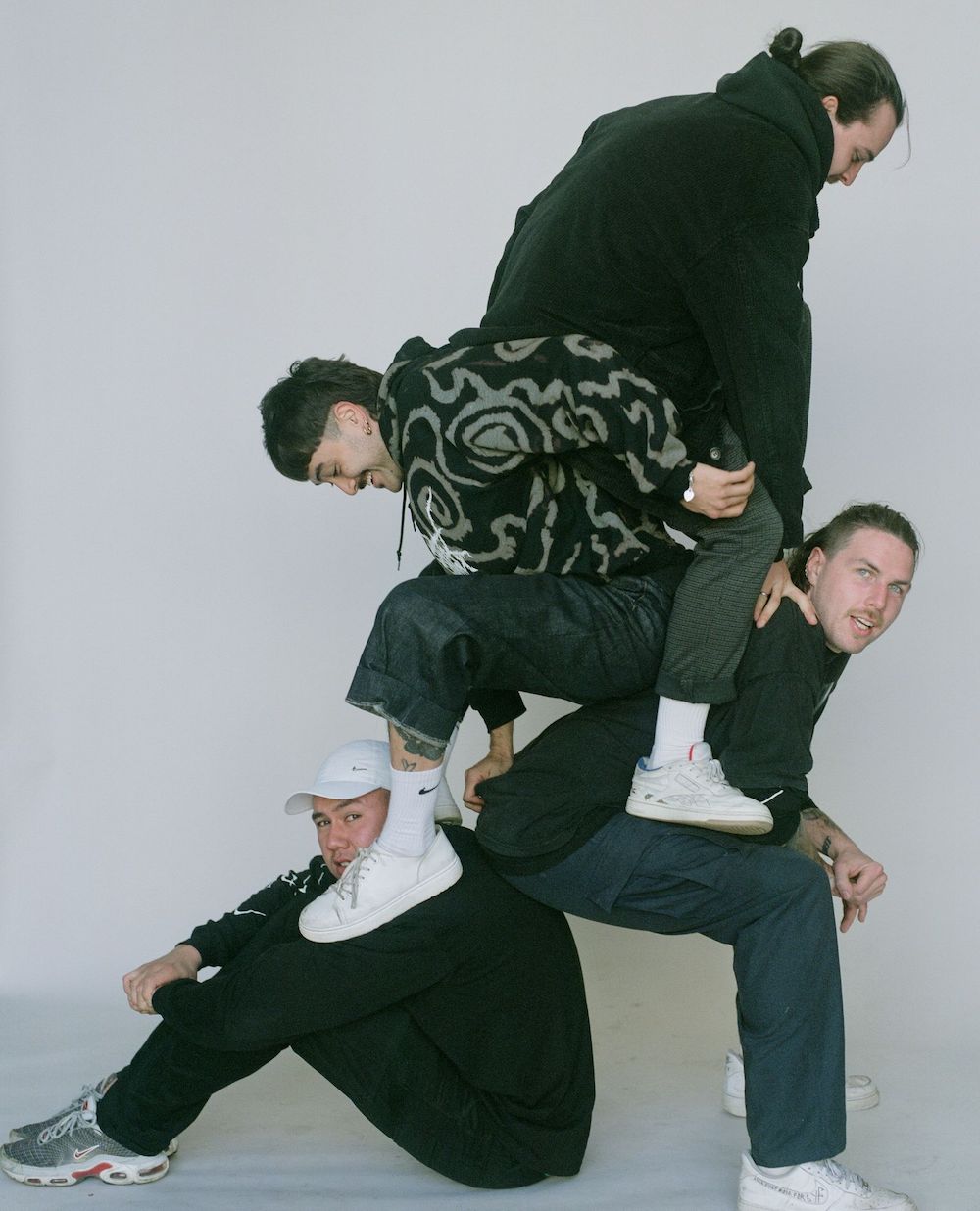 If Triple One are going to make an album, they’re going to make it a spectacle - you better believe that. Panic Force isn’t just an opportunity for Triple One to show off their craft in music, but it’s also a chance for them to showcase how they’ve honed in on storytelling and world-building skills. The album centres itself around a hypothetical universe where Earth has destroyed itself in an all-encompassing war, with the album being an encapsulation of Triple One’s journey up until the Earth’s end. Panic Force - a group with the task of archiving the planet’s art, history and relics before its eventual demise - leave the album behind; they album being too insignificant to be taken home, apparently.

"Welcome to the beautiful mind of Marty Guilfoyle,” Obi and Billy laugh. “Marty came up with this whole concept for the record and put it to us and it made so much sense, we ended up going back and forth on it until we had this whole story built out,” says Billy on the album’s story, and how it eventually intertwines itself back to the group. “We’re all super interested in these themes of space and the apocalypse and all this, but I think it’s cool that we talk about all these broad things in today’s world; things that could be corrupting the planet as we speak.”

Those familiar with Triple One would already know that their music has been always been firmly placed with storytelling at the forefront; their 2019 single Butter, for example, being one worth noting due to its ties with mental health. Panic Force will continue to emphasise Triple One’s songwriting and storytelling prowess, capturing the group as a whole - and individually, too - as well as broader conversations being had. “I think it’s more personal for each individual,” explains Billy, before Obi elaborates. “There’s always the common themes of things like self-loathing and love and drug abuse - they’re things that everyone lives with, we just keep it very truthful. There’s no need to paint a false picture of yourself.”

Panic Force has been a long time coming. It’s not just the product of writing sessions with Matt Mason of DMA’s or Sydney wunderkind 18YOMAN, it’s the product of years worth of releases that tell the tale of Triple One’s gradual evolution; a process of refinement and growth that is encapsulated on Panic Force. “We don’t want to be the type of group that make the same stuff over and over and over again, we’re always trying to find something new, take a grasp of it, and do something with it - it’s what keeps us going,” Obi elaborates.

It’s an album that brings together Triple One’s many sides; their past - and the music that helped them thrive and be amongst Australia’s upper echelon - side-by-side with teases of new, unexplored territories. It’s full of nods to the past, odes to the journey that has taken them where they are now - “things have changed so fucking much,” Billy mentions at a point - and opportunities for them to further grow - that does, after all, seem to be the ethos of what Triple One are.

As much as Panic Force feels like the closure of one chapter, it’s also the beginning of a new one - as cliche as that may sound - and as per what you’d expect from Triple One, they’re already looking forward into the future. “We’ve always wanted to do an album - always,” Obi says. “It’s exciting, and we’re already onto new things.” 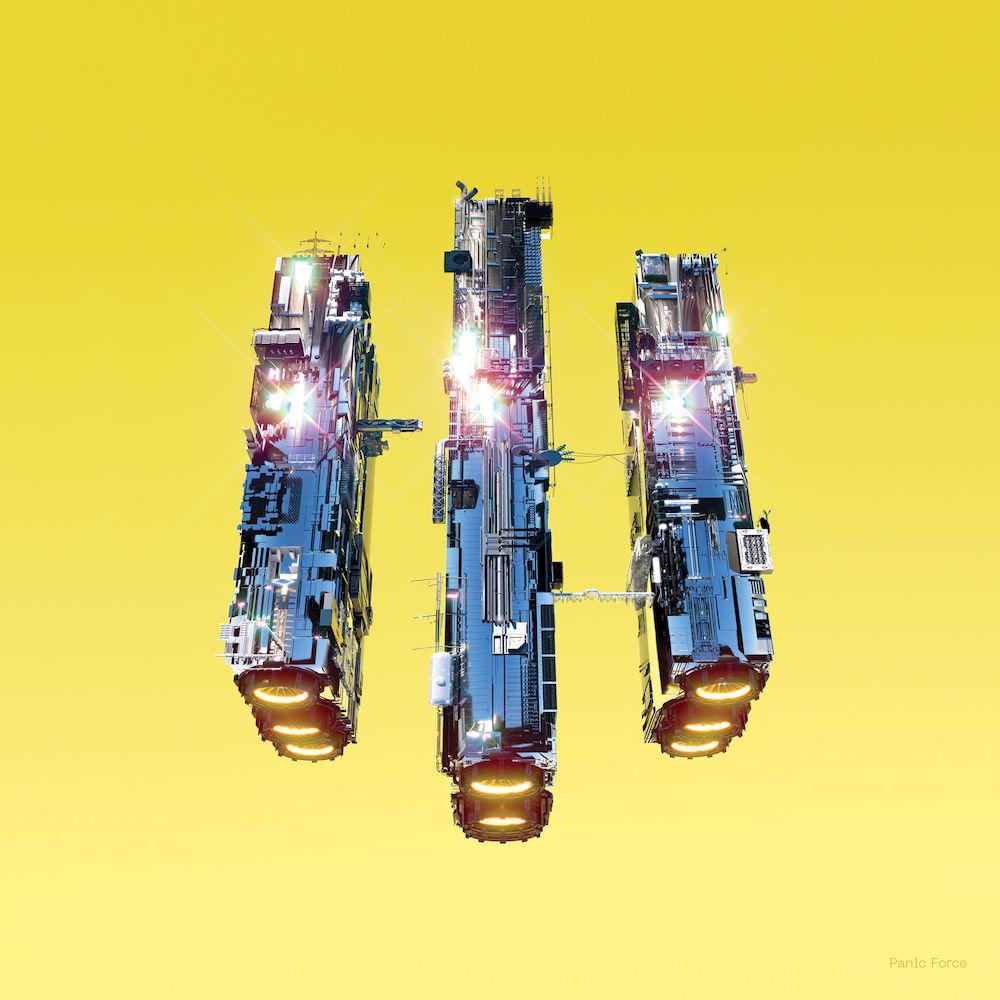 Triple One's debut album Panic Force is out this October. You can pre-order it here. 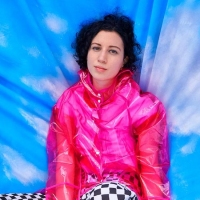 How E^ST turned heartbreak into her spotlight momentOn her debut album I’m Doing It, the Australian musician finds power in processing heartbreak through sincere pop music. 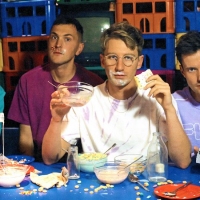 Glass Animals’ Dave Bayley is ready to break down his wallsOn their third album Dreamland, Glass Animals frontman Dave Bayley steps out from the shadows and brings us into his world.