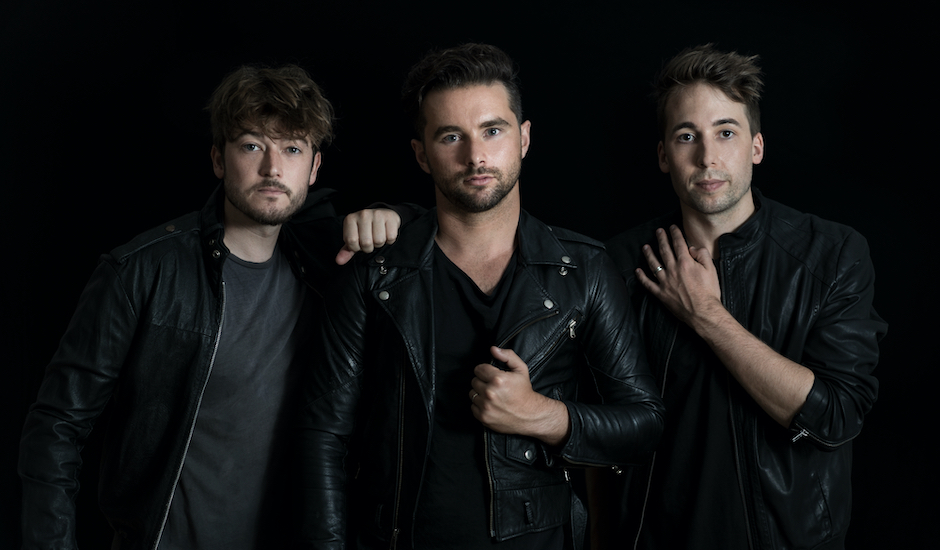 Short Stack are making a comeback this year, but probably not in the way you remember.

To say Short Stack were polarising, even during an era of unconventional MySpace stars, would be a huge understatement. While acts like The Veronicas, Metro Station and Amy Meredith were thriving with similar online presences, Stack were somewhat demonised by the general public for their sky-high teased hair, haphazard eyeliner and specific breed of confidence that only comes from having thousands of girls nationwide fall at your feet. To outsiders, this whole project was a joke at best, and an absolute complete mockery of punk rock at worst. However, their fans showed enough loyalty, love and complete admiration to last over a decade.

It’s been eleven years since three boys from Budgewoi – a small town on the Central Coast of New South Wales – were on the brink of releasing their first studio album: Stack Is The New Black. After years of grinding away, playing local pubs and unsuccessful 'battle of the bands' attempts, the three-piece finally broke into the mainstream via Sunday Morning Records, hand-in-hand with their breakthrough single Shimmy a Go Go. From there, Short Stack went on to have two gold records, a platinum EP, more records, sold-out shows across the country, a Rolling Stone magazine cover, and claim the title of Channel V Oz Artist of the Year and Nickelodeon’s Fave Aussie Band. They eventually called it quits in 2012 (“it got to a point where it stopped being fun”) but the music, the memories and the tattoos have lived on.

The latest Short Stack revival is set to be their biggest and boldest, but also most mature endeavour. It’s been over a decade since their debut and eight years since they called it quits (bar a reunion tour back in 2015) and, it goes without saying, those three boys from Budgewoi have grown up. Their fans, who once spent their time lining up in food courts of their local malls and down inner-city alleyways by venues, hoping for even just a glimpse of their idols, have also grown up. Their friends in the burgeoning pop-punk scene – Heroes For Hire, The Sundance Kids and For Our Hero, to name a few – have dismantled and chosen different paths. Many of the venues the trio haunted have disappeared or re-vamped. So, why stage a comeback now?

For Shaun Diviney, the ever so charismatic frontman, the answer is simple: they missed it. The band missed the fans, missed touring, missed sharing the songs they wrote in high school that still mean so much to them and many others, after all these years. Much like the return of The Veronicas and other noughties bands that defined everything from Big Day Out to Channel V, this renaissance is rooted in deep nostalgia and the fact it’s damn near impossible to hear Sway Sway Baby! and not sing along. Also, can we talk about Ladies And Gentlemen? Now that’s a song to throw down to.

With a mere matter of months before Short Stack play some of their biggest venues ever, Shaun Diviney shares his most memorable fan story, how they might be enlisting a few old bandmates for the ride, and why they won’t be teasing their hair anymore.

Shaun, I don’t know where to begin with explaining how exciting this is that Short Stack are making a comeback. How does it feel, after all these years, to be heading back out on the road?

We’re so blown away, to be honest with you! The whole response has just been pretty overwhelming; we didn’t expect this. We thought we’d play a couple of shows and hope that people came but, yeah, the reaction has blown us away.

It’s been a fair few years so it must feel pretty surreal. Why is now the right time for this reunion?

We missed it. The reason why we sort of stopped doing it, initially, was it got to a point where it stopped being fun. We’d been [touring] for so long and we wanted to start families - you can’t really do that when you’re away for six to eight months of the year. We’ve been away now for four or five years and we really miss it. [So when] the opportunity presented itself, we were like yeah okay, let’s see if everyone cares!

Well, that’s another thing to consider: when you were all sitting around first talking about making this comeback and touring nationwide again, were there any concerns about whether anyone would still care?

100 per cent. It was definitely a big concern, but we are just blown away with the initial response. This tour is shaping up to be one of the biggest we’ve ever done, and just with the excitement around it, it’s got us really excited. There are some songs on our first album [Stack Is The New Black, 2009] that we wrote in high school, so that’s kind of cool that they’ve come with us for so long.

Looking back on what a wild ride those years you spent writing, recording and touring were, has there been any one moment or fan interaction that stood out to you as being really special?

When we got back together the first time, we met a whole bunch of people who our music meant so much to, and we remembered them, and had seen them grow up.

One girl had cuts up her arms and she said ‘I’m in a pretty dark place and I listen to your guys music to help get me through it.’ Then we met at the second time and she was like ‘I’m still in a bad place, I still listen to you guys…’ It’s a weird feeling to be that for someone. To provide that kind of relief or escapism, it’s just humbling more so than anything. Like anyone who gets a Short Stack tattoo that’s still fucking crazy to me, it’s pretty awesome.

The thing about having fans in their early 20s and teenagers is, I remember when I was that age and I’ve never cared about music more in my life than I did at that age. I was living and breathing it. It’s such a part of your identity! You’re just so passionate. And we felt that way, we grew up with Green Day and Blink 182, Fall Out Boy, My Chemical Romance… it was all such a big part of our identity. To have that was always such a cool thing.

Short Stack was so prominent in that Sydney DIY punk scene for a few years, especially as you moved from playing local pubs on the Central Coast to inner-city venues, and it seemed like you had a really good crew around you. Will you be inviting any bands you were friends with or toured with along to any of the shows?

How do you think the punk-rock-emo scene has changed in the few years you’ve been gone?

I think it’s come back a little bit in recent years! We used to play all the punk clubs and stuff like that, but things like AM//PM are starting to pop up; some of our friends do it so we’ll go along every now and again. [That scene] kind of died for a little bit but now there are kids that are doing the same thing we did all those years ago, and there is that excitement and hype again.

It’s funny you mention these pop-punk nights like AM//PM and Taking Back Saturday, there’s been a few times I’ve seen Short Stack played on the night.

Oh really? That makes me feel cool! It’s something you don’t think about when you’re starting, what kind of legacy the band will have, but it’s funny. My brother – he’s 21 – he’ll be at these places and he’ll send me videos of [one of our songs playing] just being like ‘haha check this out, you loser.’

One of the strangest things about this whole announcement is there’s obviously the people who were there back in the day, but there’s this whole new generation of kids who have never been to a Short Stack concert before because they were too young and... it’s like, that’s super weird but kind of cool? It’s a very strange feeling.

We’re just thankful for that, you know, that we’ve created something that people care so much about. We’re lucky more than anything to be in that position, and we’re only in that position because we had such a really cool following.

As a band, you had a pretty major social media presence, with your vlogs on YouTube and Myspace. Will you be kickstarting this again?

Tickets go on sale on Monday, so on the Sunday night we’re going to have a live stream on our Facebook and do a Q&A and just hang out. Short Stack TV and then the podcast we had were such a big part of what we did, so I guess this is like an extension of that. That interaction is something that’s special to us.

How about the quintessential Short Stack look - will you be rocking the hair, the eyeliner?

I wish! I think no, it probably wouldn’t grow quick enough – we’re all very respectable looking young men these days.

To finish off, here’s the burning question: is there any new Short Stack music on the way?

We haven’t thought that far ahead! The tour has sort of gone gangbusters with all the interest in it so yeah, maybe, I don’t know! Let’s do it one day at a time.

Short Stack will be touring the country this July, supported by Between You & Me. General sale begins Thursday, Feb 13th. 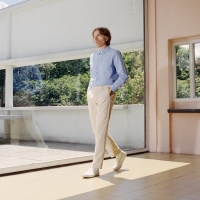 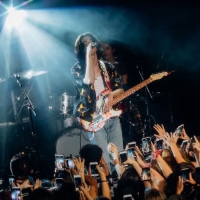 The Story of Conan Gray: self-confessed overthinker, sad-pop princeFrom his YouTube beginnings to his status as sad-pop's promise-filled prince, Conan Gray is one of the many artists pushing pop in new directions.