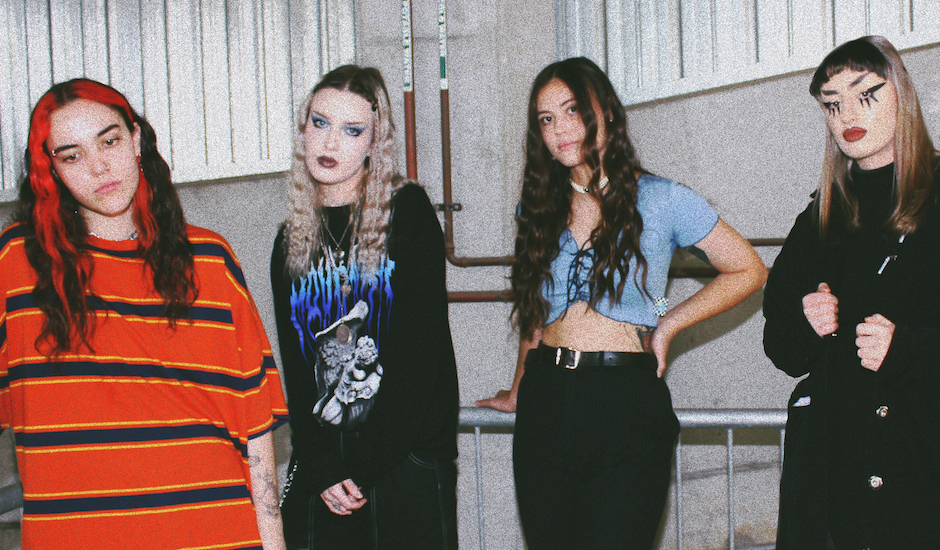 It's difficult to find a band quite like VOIID. Originally from the Central Coast of Queensland but now based in Brisbane, the four-piece heavy-punk group have proved an essential newcomer to Australia's heavier work world, with everything they've put out since their entrance back in 2017 - including their debut EP (the same year's Pussy Orientated) and last year's explosive follow-up EP Drool - commanding both the stage and your attention with its energy and liveliness, while the group lyrically branch into themes that often get left ignored in a male-dominated punk world - something VOIID are here to change.

Their new EP, Socioanomaly, almost couldn't come at a worse time, in a way. Known for the animation of their live show, the group haven't performed live - to a crowd - in months, something that doesn't seem to be ending anytime soon. Furthermore, the release of Socioanomaly was pushed back a week, with VOIID stepping back from the release to showcase Black and Indigenous creators and musicians, while giving them the space to share what they need to amongst the global police brutality protests without being flooded off social media feeds due to endless release promo.

On the other hand, however, it feels like Socioanomaly is a release somehow perfect for this chaotic, messed up world right now. It's an explosive seven tracks of cathartic punk and grunge that packs a certain power that encourages you to stand up and chant along, almost like a shot of adrenaline to the heart at a time where it feels so much easier to just do nothing at all. Then, there are the lyrics which define the EP; cut-throat and brilliantly-written as ever, but touching on topics that feel emphasised in importance throughout the current climate, and the sweeping socio-political changes occurring on a near-daily basis.

There's a sense of uncomfortability felt throughout Socioanomaly that somehow works to their advantage, latching onto the same sense prevalent in our own lives at the moment - the uncertainties of global change and what they bring to each, respective person - and encourages you to pay attention and listen closely. Here, is when VOIID throttle you with messages on abortion, body hair, sex and so much more. It's designed to make you feel a little less alone if you've encountered any of the things their charging vocal chants about, and like we keep finding ourselves saying, feeling a little less alone goes a hell of a long way in a time like now.

Simultaneously, there's also an underlying sense of musical change captured on Socioanomaly, with VOIID taking the lessons learnt from their past work and applying it to their new EP. As a result, the EP feels little more gritty and raw in the best of ways, rough around the edges and laden with moments of imperfection that somewhat ironically makes the EP perfect in a way; the distortion and heaviness of their thick guitar and near-screaming vocals the perfect vessel for the unashamedly bold and important vocals that are carried within. "We feel like we’ve proven our place and our ability to connect to people through our music, this is something we never plan on stopping and will never compromise the emotion and intense subject of our music," they say.

Here, in a track by track walkthrough breaking down the EP one song at a time, VOIID detail the ins and outs of their new EP Socioanomaly, which you can take a dive into below:

Socioanomaly is loosely conceptualised around the story of a woman who is seen as an anomaly to society in these present times due to her looks, experiences and opinions differ to what is seen as “normal” or “acceptable”. This story is hypothetical and isn’t directly based on true events however it is extremely relatable to many people especially in the current social climate.

With this EP, we have branched out from our last releases and want to focus on serious issues that are affecting the world right now. We want to help create a platform for people to start a conversation around these types of issues but also for people to feel less alone about the things they have been through. In saying that, we don't want to speak for other people, as this storyline is not accurate for everyone and people experience things in different ways. We hope that people can feel a sense of recognition through this EP and as a result more accepted in the world.

Introduces the hypothetical woman that this story is about. The lyrics talk about this person's relationship with mental health, social interaction and her sense of belonging. The perspective of the lyrics is from the outside world and the way this woman is viewed, depicting her as someone who shouldn’t be taken seriously and is just acting in a certain way for the attention. This character is seriously misunderstood for who she is and as a result, is outcasted and struggles to know her sense of purpose within the world.

In the context of the EP, this song talks about the trauma and abuse that this person has suffered. The lyrics are both literal but also are a depiction of the emotions that are felt when someone feels truly violated and the feelings that are invoked when thinking back on certain events. As this story continues, it shows that this hypothetical person, who is seriously misunderstood, has actually been through a lot and struggles to be heard by the world.

This song focuses on the subject of Abortion, and continues the story with another instance of a traumatic experience that this character has gone through ultimately leading to her current struggles with mental health and social acceptance. The lyrics explain how the world depicts her, and question why this is the way she is seen. In the end, the song finalises with the phrase “someday the world will change, but for now it makes me sick”. This phrase is the resolving point of this song, and in a way is the final argument towards the negative views about this subject. It isn’t giving up the fight but merely accepting the state of the world as it is and standing strong against the people who are perpetuating hate, in the hope that things will change.

This song is about self-medication and self-destruction. In the context of the EP, this is the state of the characters life after she has been the subject of these traumatic events. She has resorted to methods of self-meditation as an escape tactic.

After everything she has been through, Shave It turns a corner and explains the way this woman has realised her place in society and her confidence after going through traumatic events. This song is empowering and whimsical, however, it is very important in the story as it portrays the character re-claiming her voice and her strength. She isn’t scared of the world or the way people see her.

This song summarises the EP and is spoken from the point of view of the people around this character that care about her and want to help. It is very hard to be someone that has gone through these sort of events and to talk about their story, and at times it may feel incredibly lonely and like no one understands. So as this EP covers dark subjects, we thought it was important to finalise with the subject of finding strength in the people that support you and that one of the most important things is to listen, understand and be there for people. 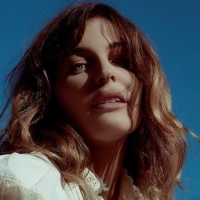 Premiere: Paige Valentine shares a brilliantly nostalgic video for PureThe Perth musician's gripping new single, which arrived a few weeks back, provides a sense of light in a dark time. 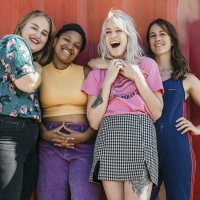 The Buoys continue their reign with new single Linda, announce new EPAfter crashing the party with their explosive single Wah, the Sydney group are now following it up with a new single, and a full second EP.
Bands