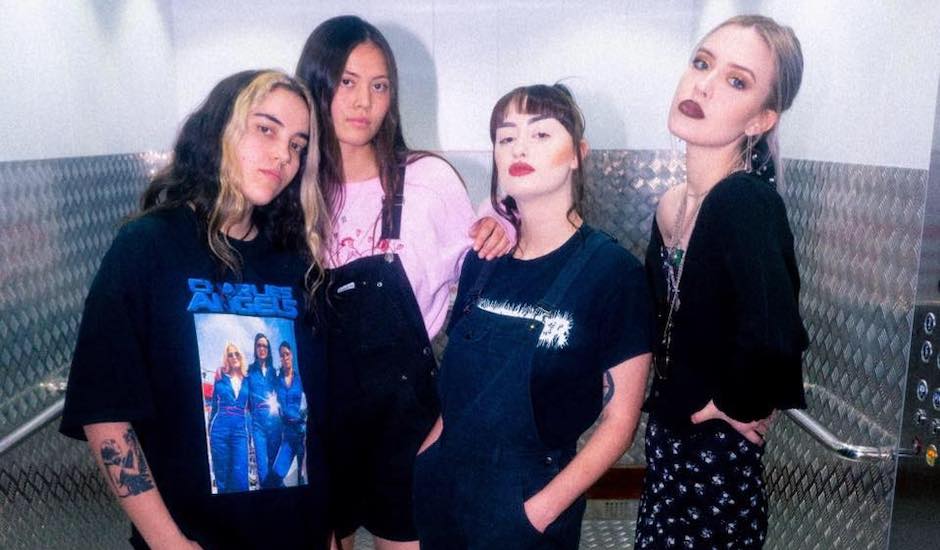 Since their 2017 debut EP Pussy Orientated, Brisbane four-piece VOIID have emerged as one of Australia's finest - and most exciting - groups in rock music, bringing together chaotic guitar riffs and cut-throat lyricism with themes that across the last two years, have spanned everything from female empowerment to navigating personal hardships. Their latest release for example, June's sophomore EP Drool, packaged these lyrical themes - among others - with a distinct ferocity and punch signature to the group; its first taste Vile - premiered by Pilerats - labelled everything from anarchic to blazing.

Despite only sharing Drool a matter of months ago, VOIID are already back with something new. Teased today ahead of its full release tomorrow, Hell is a single that puts VOIID back in control, showcasing everything we've come to love from the group - their attraction to musical chaos and the thick, dizzying riffs this includes - presented in a slick matter not too far off from where Drool finished, as they sing about the destructive qualities of being in a band and working in the music industry.

"Hell is about the self destructive behaviour that you experience being in a band," they say on the track. "It’s hard to escape the constant abuse of substances, and sometimes you don’t want to escape because you’re blinded by how much fun you’re having. The song as a whole is basically talking about being fucked up all the time and loving it just as much as you hate it."

It arrives with an official video, directed and filmed by Jack Cassidy, which reinforces the single's theme as they double-down on the problematic side of the music industry and what it may encompass: excessive drinking and the pressures to do so evident through its opening scene. "Everyone thinks the green room is so glamorous but when you’re in there and everyone’s abusing stuff it can really corrupt their behaviours and it can be an uncomfortable place to be," they say, "but also there are those also who look out for you and take away from all that."

Check out the clip below before it officially arrives tomorrow, then catch them around the country this October/November touring with DZ Deathrays, Polish Club and The Buoys in one of this year's biggest tours - more information HERE. 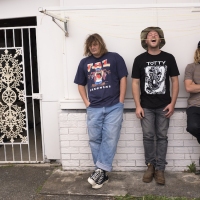 Listen to Skegss' first song in a long while, Save It For The WeekendThe track marks their first song since My Own Mess last year and their first via Loma Vista Recordings. 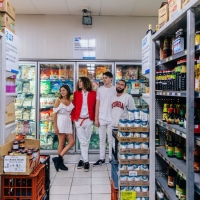