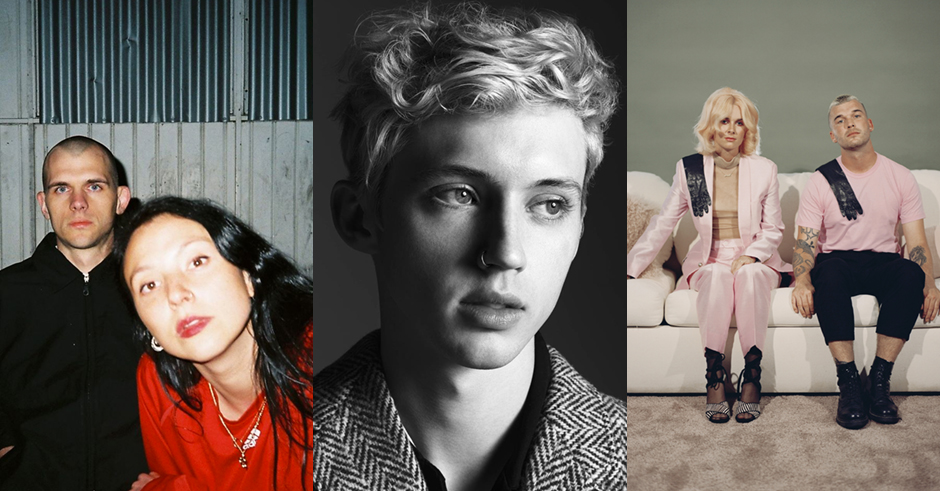 Every week, we're hammered with tonnes of new music from Australia and afar, so much so that at times, it feels a little overwhelming and you're not quite sure where to begin. Every week, we run down this week's must-listen singles and releases, this week featuring names like Troye Sivan, Broods, Ceres and more. Check out Pilerats' homepage for more brilliant music and news, or subscribe to our Spotify Office Playlist for easy listening.

The road to Troye Sivan's sophomore record Bloom - out August 31 via EMI Music - has showcased two different sides from the Perth-raised, internationally-dominating popstar. Singles like My My My! and Bloom have shown Troye as a confident, tall-standing and unashamedly queer figure that many didn't quite see coming after the more down-tempo nature of his debut, while at the same time, singles like the stripped-back, warping The Good Side and even his Ariana Grande collaboration Dance To This have been more emotion-driven and vulnerable, especially the former. Animal, the album's fifth and last tease, is in-line with the second side of Sivan, picking up where The Good Side picked off with its hazy and quite brooding feeling which at times, strips back to almost nothing while also occasionally breaking into this Flume-esque feel packed with crunchy sampling. Sivan's vocals come and go over the top with their signature grace, but with the single's dominative and warping production leading the way, they're often left more in the background.

It's been a while between drinks for New Zealand duo Broods, but on a solo-level, things haven't been quiet. Georgia Nott, one-half of the pairing, launched the all-female Venus Project while Caleb, the other half, came out of his shell and put himself in the limelight with his Fizzy Milk alias. Peach is the first single since their 2016 album Conscious and it sees them return to fine form, uniting a bubbly and upbeat production with the duo's renowned vocals, which sound about as festival-ready and commanding as ever. "As artists, you feel things at a much more extreme level than people who probably don’t spend most of their time inside their own heads," the duo say on the single, which arrives with the announcement of their third album expected in early 2019. "Peach is about feeling all over the place all the time, and then celebrating those moments when everything feels awesome."

Since their 2017 break-out single Fix It, Melbourne pairing ALTA have become one of our favourite electronic duos, with follow-up singles such as Sentiment and Now You Want Me strengthening their musical catalogue as they glide with ALTA's slick and polished pop-house vibe. Figured Out is their newest and it's just as charming as their previous work, combining the pairing's soft vocals with another percussion-heavy, house-infused beat which continues to be irresistible as they further flesh out and experiment on their sound. In just four major singles, ALTA have basically gone from an unknown act on the Australian house circuit to one that we genuinely think will play a big part in the future, and considering the down-right addictiveness of Figured Out and their work previously, that's a big call we're willing to make and stand by.

Ceres - Viv In The Front Seat

Although we were on top of it when they first emerged as one of Melbourne rock's exciting newcomers, we've unfortunately been pretty quiet on Ceres' latest work. In an attempt to make it up, though, we're gonna praise the hell out of their new single Viv In The Front Seat because it's a bloody brilliant single, with the band's addictive rock sound shining through as the group take you on a bit of a journey in the single's punchy three-minute duration. It's an incredibly personal release and you can really hear that in the gripping and heartfelt vocals, which wash over the layered instrumental as they tell a pretty deep story. "My girlfriend lost her parents and her dad was named Viv," guitarist and vocalist Tom Lanyon says on the single. "He was an artist, and she had all these little sketches of his which I got framed. There were eight pictures, little A4 frames, and when I picked them up from the shop I stacked them all in the front seat of my car and put the seat belt over them, and in my head straight away the lyric popped into my head: 'I’ve got Viv in the front seat.'"

Your Girl Pho - I Can't Take It

Your Girl Pho is one of our local Perth favourites, and it's about time she breaks out. Following on from her single Feelen earlier this year and collaborations with our own home-grown electronic names Palais and Ukiyo, she's just returned with her latest single I Can't Take It which may just be her strongest single yet. It's irresistibly smooth and quite unique when it comes to the vast majority of popular music out there, with Your Girl Pho giving off some serious Amy Winehouse-crossed-Erykah Badu vibes as her vocals dance above a jazzy instrumental perfectly suited more a calmer late night. She's quickly become one of Perth's leading names, and with I Can't Take It and its rather sizeable accompanying tour pushing her name further out there, it wouldn't surprise me to see Your Girl Pho break further into interstate territory very, very soon. Grab those tour dates HERE. 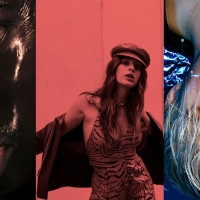 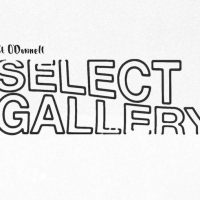