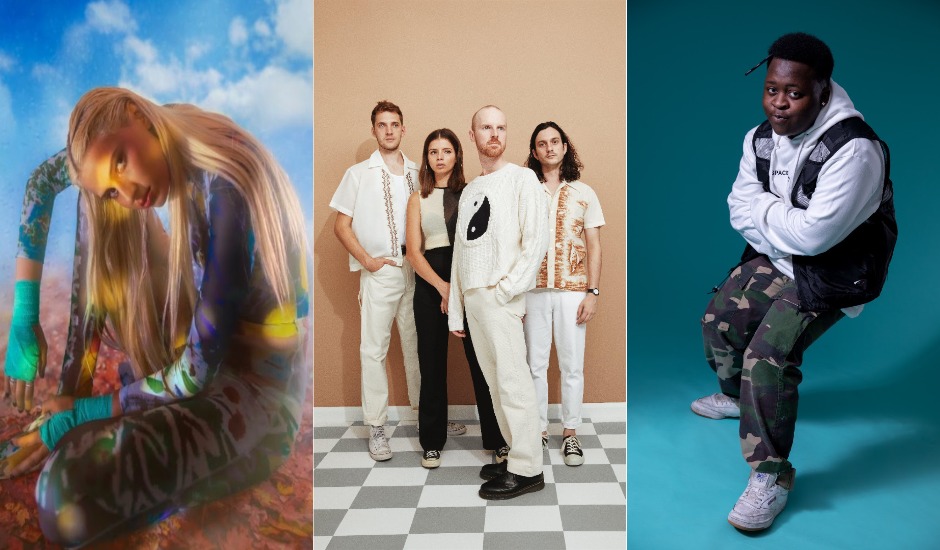 Every week, we're hammered with tonnes of new music from Australia and afar, so much so that at times, it feels a little overwhelming and you're not quite sure where to begin. Every week, we run down this week's must-listen singles and releases, this week featuring names like The Jungle Giants, Mura Masa, Banoffee and more. Check out Pilerats' homepage for more brilliant music and news, or subscribe to our Spotify Office Playlist for easy listening.

The Jungle Giants - Sending Me Ur Loving

The Jungle Giants know their way around a hook, but the way they've showcased that has changed quite a bit within the last year. While their sound has always had an inkling of synth, it's always been rooted with summer-y guitars; light-hearted indie-pop their flavour of choice and a very successful one at that. That was until the release of their only single of 2019, Heavy Hearted, however. While not too far away from their old work, Heavy Hearted was a step into the dancefloor that saw them embrace this dance-pop shading with open arms; house-y beat breakdowns, glitching synth and distorted vocals uniting amongst their signature charm that hasn't left from the second they arrived.

Their latest single Sending Me Ur Loving is one that doubles down on this, and proves that Heavy Hearted wasn't some one-shot affair they'll never come back to again. With a thick bassline rooting the track's dance-ready rhythm, Sending Me Ur Loving is an explosion of energy that proves that The Jungle Giants can not just grasp whatever production they attempt, but triumph over it - something that it sounds like we'll be hearing a bit more of in the future: "Sending Me Ur Loving has been with me for so long, it’s been such a pleasure watching it finally form into a complete track that represents the new production direction."

Amongst a west-coast rap scene bursting with new talent left, right and centre, Arno Faraji is someone special. Over the last few years, he's proved to be in the driver's seat of Perth's hip-hop future, with an incredibly brilliant string of singles over the last few years - last year's Milan Ring-assisted Scalin' and Sneakers two of the more recent examples - setting the young-gun up for a dominative year ahead where he's sure to impress time and time again. He's an act that isn't slowing down in the new decade, something his latest single Bass Jumpin is out here to prove.

Marked with the production emphasis you'd expect from names such as Injury Reserve and KAYTRANADA, Bass Jumpin is a slick display that highlights Arno Faraji's talent as a rapper, with a clanging production and skirting samples forming the basis for Arno's playful but quick-firing raps to glide over; focused and fierce, but fun and light-hearted all at the same time. "Bass Jumpin' is about battling your demons (whatever they are) even when things seem crazy and making opportunities instead of waiting for them," he says on the track.

Banoffee - Count On You

As we enter the year that'll see the release of her long-awaited debut album Look At Us Now Dad, it's become clear that Banoffee may just be the future of Australian pop. With every single released from the album thus far, the Melbourne-based musician has proved that her experimentalism and creativity is unmatched within the local market, constantly exploring the outer limits of electro-pop and bringing us her career-best music to-date in the process. Ripe (which is being reworked for her debut album to feature US rapper Cupcakke), Muscle Memory, Bubble and the Empress Of-assisted Tennis Fan are examples of this, and so is her latest track, Count On You.

With Banoffee working on the production alongside Yves Rothman and SOPHIE, Count On You is a remarkably slick track that teeters between explosive electronica - the rumbling vibration in the break-down - and hook-y pop music, with Banoffee's choruses amongst the country's best as she spins and twirls alongside the clashing, robust production. It's high-energy and high-force, and yet another sign that Banoffee's forthcoming debut - out February 21st - is sure to be among the country's best come year-end.

One of the last week's big album releases came from UK beatmaker Mura Masa, who after introducing a slick, vocal-driven new sound with his 2017 self-titled debut, returned with another wave of forward-thinking experimentalism with the release of his long-awaited second album, RYC (Raw Youth College). On the album full of highlights - it features slowthai and Clairo in its two most fantastic moments - stands Live Like We're Dancing, a captivating display of the future of UK electronic that features someone who also shared their second album in the start of January, GEORGIA.

Opening with Georgia's vocal in the spotlight - joined only by a dancing piano melody alongside - it doesn't take long for Live Like We're Dancing to erupt into the twinkling dance-pop epic it was destined to be, with the two forces taking notes from the euphoric disco-pop of the 80s for a track that's both nostalgic for a summer-soaked past, but brought forward into the future to sound as slick and polished as it should be representing two names from the future. There's so much to love here, but we'll tell you all about it later - we're too busy dancing.

There are a few big releases planned for February 14th this year, but someone who isn't going to struggle with the spotlight is Australian indie-pop darling Jack River - someone who emerged a forthcoming champion of potent pop songwriting with the release of her 2018 album Sugar Mountain. Her Stranger Heart EP - which will arrive on Valentine's Day through IOHYOU - is bound to continue her streak on powerful lyricism and hand-clenching singalongs, with singles littering over the last few months - Later Flight, Closer and now Dark Star - proving that she's still got plenty to say.

Dark Star is a track that keeps this going, continuing the underlying darkness of her last track Closer with a single that haunts with something looming, or something begging to be unveiled. With happy-go-lucky guitar melodies and Jack River's signature croon, Dark Star is very easily a track that could play over an 80s romance film, but deep down - as Jack River explains - there's something happening: "[It's] a racy, guitar-y, sentimental song that made you feel like you're driving past your ex's house," she says on the track, saying that she wanted to write a song that felt like "having your heart dragged through the room" to Oasis. Mission achieved. 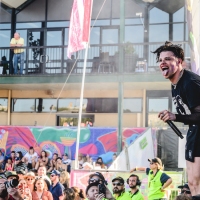 Fierceness of the Future: How the next generation won over Falls Festival 2020Despite being topped by some of the world's biggest stars, many of this year's Falls Festival highlights came before the sun even set. 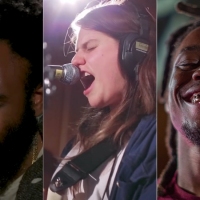 Should Like A Version covers be allowed in triple j’s Hottest 100?As we leave one of the strongest years for Australian music, a US rapper covering an American song is primed to take out the top spot.
Light & Easy