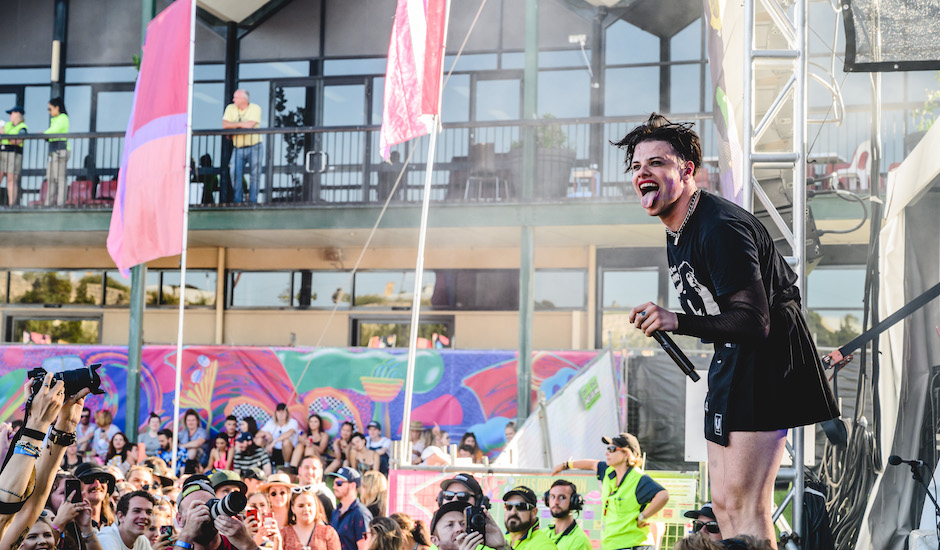 Despite how they've grown over the last decade, Falls Festival have always had a knack of looking forward into the future of music in their bookings, even if these acts aren't the biggest ticket pushers in the world. Look back over the last few years, for example, and see how many international artists they've heralded before their big breaks: Sam Fender, Soccer Mommy, Dave, Flint Eastwood, Shura, Modern Baseball and the list goes on just from within the past three years alone. Often, Falls Festival is an opportunity for these artists to come out to Australia - a notoriously difficult market to be profitable in for an international act, considering the distance and the travel fees associated with that - and that's something that doesn't seem to be slowing down as we approach a new decade.

Another thing that seems to not be slowing down, is Falls Festival's hand-in-hand support of the next generation of Australian music, too. While Australians often occupy a fair chunk of the top-end - Flume, for example, was a recent festival headliner - many gems come from the lineups' final lines, with the festival allowing musicians like Tired Lion, Marlon Williams, Press Club, The Teskey Brothers, WAAX, Alice Skye, Triple One, Kota Banks, Tia Gostelow, Hatchie, CXLOE, TOTTY and others to flourish before they can often do full-length profitable tours of the country that hit all the same states as Falls: West Australia and Tasmania specifically.

Falls Festival's 2019/2020 lineup seemed no different. The lineup had its big-hitters from both international markets (Halsey is without a doubt one of the biggest pop stars in the world right now, and Vampire Weekend and Disclosure are absolute veterans of their respective crafts) and Australia (Peking Duk and PNAU are two of the country's most 'commercial' - and down-right great - dance acts at the moment), it was supported by an undercard that often was highlighted from the acts of tomorrow; acts that we may not even have heard of when Falls Festival launched a west-coast arm back in 2016/2017.

It was these acts - the undercard; the people of the next generation - that really stole the show. On both days of the festival, many of the highlights came before the sun's eventual setting. That's saying something too, considering the pure class and strength of many of the acts amongst the festival's later moments, such as the Ezra Koeing-led indie-pop legends in Vampire Weekend and the Australian sweetheart with eyes that could start a cult: Matt Corby. 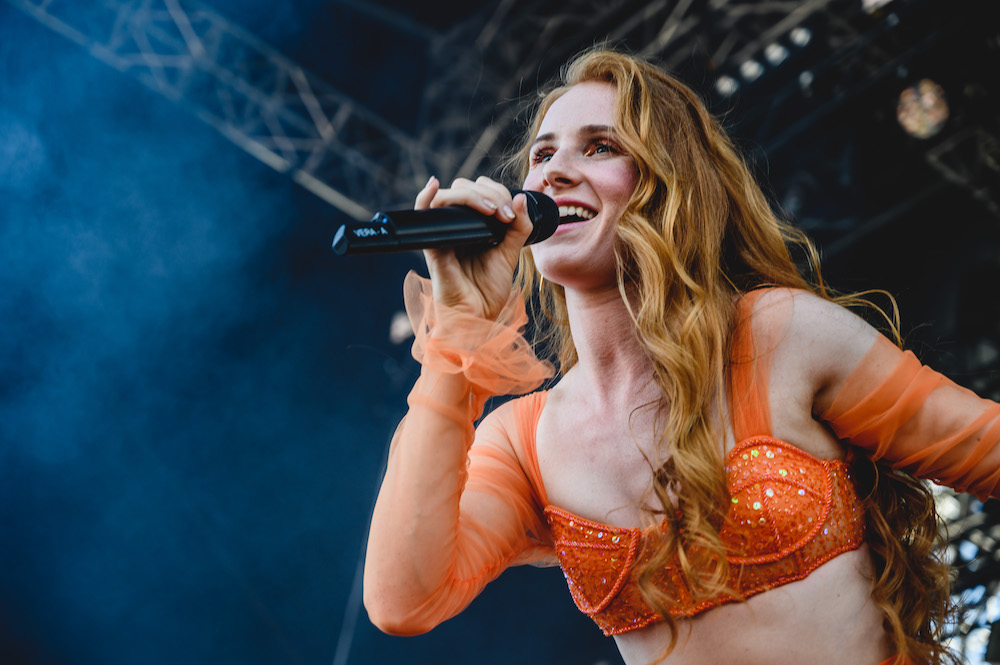 On the Saturday - the first day of Falls Fremantle - it didn't take long for this next generation to shine, and many of them came from West Australia itself. Death By Denim are an all-class act well-accustomed to the West Australian audience, with Falls Festival giving the group the opportunity to showcase their live show on a larger stage they may not be too familiar with just yet. It was clear, however, that they were quick to find their feet. Elsewhere, Jack Davies' expert songwriting doesn't feel any less potent when played on an open-air stage to a few early stragglers, while Sly Withers' pop-punk frenzy is quickly becoming one of the country's most exciting: Falls Festival being another cherry on top of a cherry-filled year loaded with new material and support slots for Amy Shark.

From here, it was largely the east coast which held down the fort. CXLOE is without a doubt the future of pop music in Australia, and it was nice to see her finally make her way to the west coast with a show that felt like you were watching the beginnings of the next BIG pop star; confidence and talent unmatched from these earlier slots, as she swept through a singles-littered discography that, in 2020, will hopefully be joined by a full-length record. Baker Boy, meanwhile, felt like another artist showcasing that he's one on the come-up. Backed by dancers, his set was one of the festival's most liveliest and action-packed - a big feat, considering it was at the day's hottest moments.

From here, the day was littered with brilliant moments that could've been foreseen. Vera Blue is an expert performer at this point, and despite only releasing a handful of new tracks since her last run with Falls Festival, her growth and evolution in the time since felt so remarkably clear-cut. Montaigne, Holy Holy and Crooked Colours all showcased that they're amongst the creme of the crop in terms of Australian-born music, with the latter in particular - the Perth ex-pats quickly picking up an audience in the States - feeling like they'll be the next Australian dance act with a RÜFÜS DU SOL-comparable international glow-up. 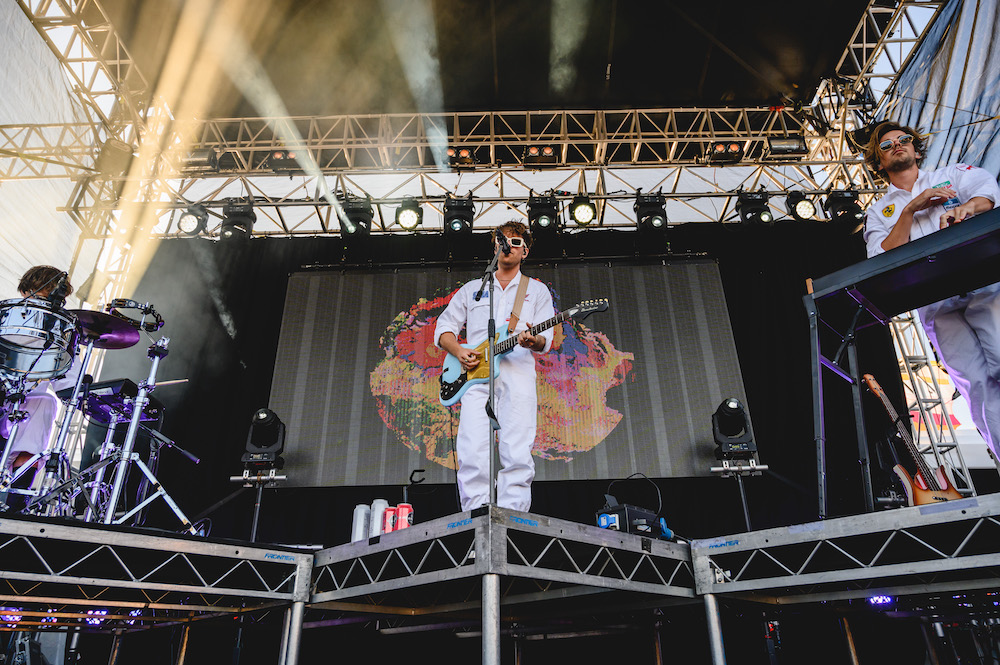 On the second day, meanwhile, there was a distinct absence of West Australian artists to kick things off. While Great Gable were expectedly brilliant for a band who are really only starting to take off on a national level and Psychadelic Porn Crumpets powered on despite illness, it felt like a stark contrast against the local talent that shined early on day one. Falls Festival certainly do a lot more to prosper local talent than any other nationally touring festival, but acts like Dulcie, Jamilla, Grevious Bodily Calm, MissGenius and even The Southern River Band would've fit in perfect, and given them the chance to perform in front of an audience that otherwise may be unacquainted with them.

Despite that, the talent from the east coast was incredible. Canberra rockers Teen Jesus and the Jean Teasers are a real act to watch coming into the new decade, and after being a stand-out newcomer at last year's BIGSOUND Festival, they were a stand-out newcomer to Falls Festival too; a shine that the future of Australian indie-rock isn't disappearing in the dominance of locally crafted hip-hop and pop. Amyl & The Sniffers were another brilliant early highlight; their self-titled latest record being one to herald in Australia's next international rock export, but not before one final send-off at a festival seemingly built for their crunchy grunge-rock.

Elsewhere, WAAX were at their peak. Led by the brilliant Maz DeVita, the punk-rock group were searing in both sound and message: "I can't believe I'm in a world that likes to burn and spit you out like coal" was displayed on the backing LED screen before they started - an aptly-timed message, considering the sun's sear felt incredibly harsh despite it being just after lunch. While their set itself had technical difficulties here and there, WAAX still were able to showcase why they're one of the country's most spectacular live bands - one of, if not the best rock band to herald in a new decade full of promise and potential. 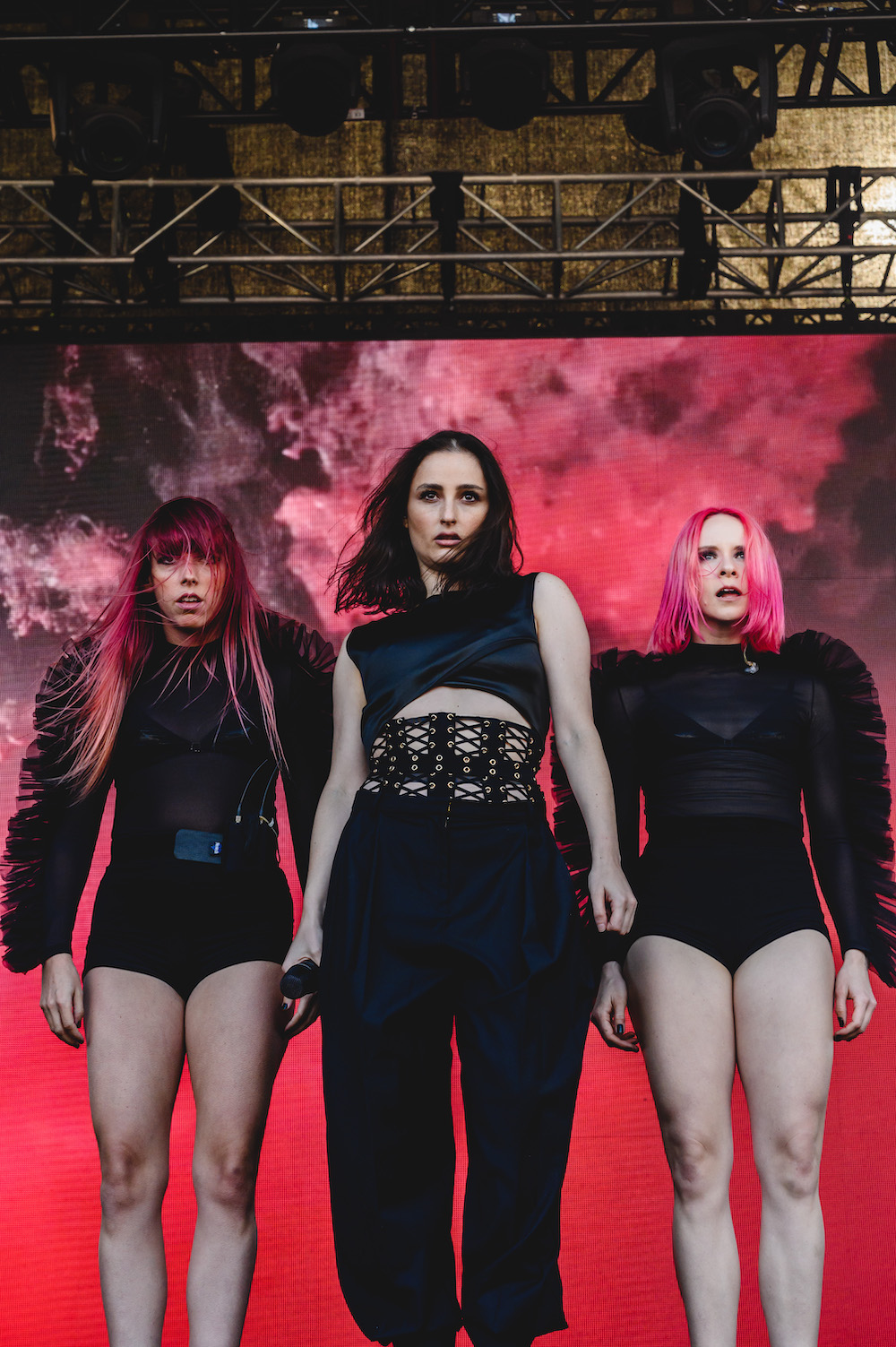 While many of the festival's remaining highlights came from rising Australian acts (many of which who put out high-tier debut records in the year just past, like Thelma Plum and Sampa The Great, or have ones expected this year, like #1 Dads), it'd be a disservice not to mention the internationals which kept the second day as tight and concise as the first day, with both acts being ones that may have ended the festival as stand-outs of the whole thing.

Although their vastly different sounds meant that their clash sounded fine on paper, Yungblud and BANKS - the two acts we're talking about here - shouldn't have been, as it meant that many people had to choose between the festival's two stand-out sets. BANKS, who was first up, felt like a seasoned performer giving a masterclass in grace. With a subtle backdrop - she was backed by only her band and two dancers - her tight combination of vocals and choreography was a big moment for the festival; the darker, grittier sounds of her latest and arguably best yet album III feeling perfectly matched to the choice cuts from her long-winding and cult-adored discography.

Yungblud, meanwhile, had the festival's most energetic set. From circle moshes to "fuck Scomo" chants, Yungblud's set at Falls Festival was an hour of pure, unfiltered passion and drive; a live intensity that's become notorious of Yungblud not down-played despite the intense heat as he flicked through his pop-punk discography littered with call-to-actions that, hopefully, inspired the next generation of passionate festival-goers - there was a distinct barrier crowd for Yungblud's set even hours before he played - to stand up and say a big goodbye to those who are bringing in bigotry and hate into the new decade. It's tough to find a performer like Yungblud - especially at a festival - yet hopefully, with the success of his set and the 'stans' that he brought, it'll encourage festivals to take similar acts on in the years ahead. 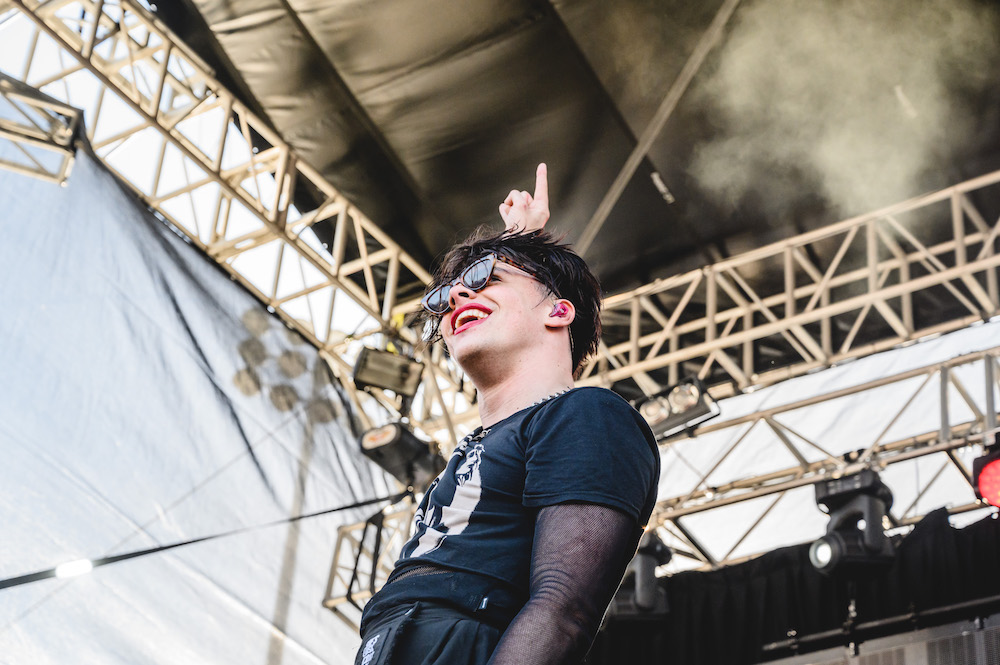 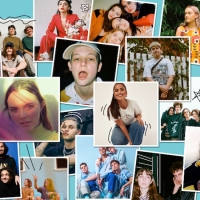 Future Stars: Introducing 20 artists to watch in 2020From the far south-west to the far north-east, here's a collection of artists that we think will define the new decade in Australian music. 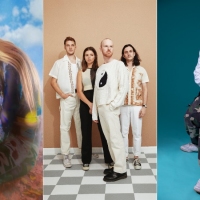 This week's must-listen singles: The Jungle Giants, Arno Faraji, Banoffee + moreAll that, plus new singles from Jack River and Mura Masa as we bounce into 2020.