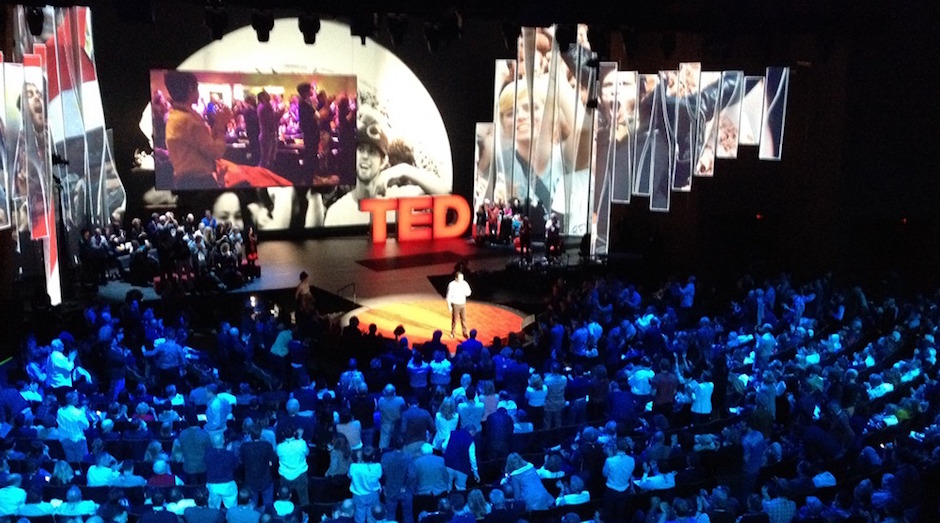 TED Talks are just the best. It's so awesome to be able to learn more about ideas that are transforming the world in a way that's never dry or hard to understand, and to hear big thinkers and do-ers talk from the heart about their interest area.

TED fans, something pretty cool is happening soon - this year's annual TED Conference (in Canada) is getting broadcast live around the world via satellite! For the first time ever. Shut the laptop and head to your local cinema, where you can sit in the audience and feel like a part of the experience. The broadcast will be hosted by Hosted by TED’s curator Chris Anderson and will feature globally renowned thinkers, artists and storytellers and visionaries - who will all  who will share their 'ideas worth spreading' in the world-famous TED 18-minute format.

Perth, Luna's got our back for this one, see session times below - seats are going fast so grab yours now. One of the best things about TED is how the talks - no matter what subject area - can really turn a troubled or tired mind around, and inspire you to act, and do amazing things. Ahead of the worldwide live screening event, we got to thinking about some life situations where a good TED Talk can really come in handy... 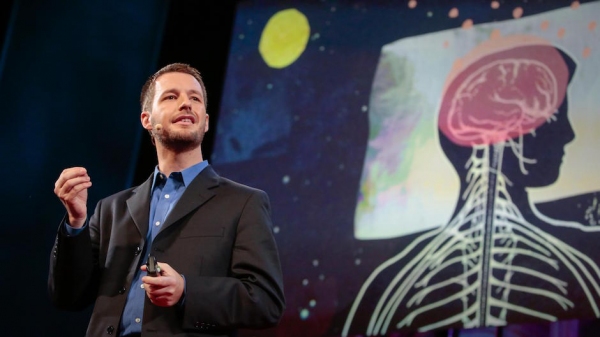 The Situation: You drink too much and are worried you're losing brain cells

Neuroscientist Sandrine Thuret gives us a step by step guide on how to improve neurogenesis (that is, the growth of brain cells). She suggests that by doing things such as improving our mood (through doing things like relaxing more, and...having sex, believe it or not) and working our own memory formation (get those Sudoko books out!), and preventing aging (through diet and excercise), Thuret says that there's tiny stem cells in our brain and we can use these methods to help them grow! Hooray! And apparently red wine even helps improve neurogenesis...

Honorouble mention goes to Dean Ornish's Your Genes Are Not Your Fate, where he argues that despite your genetics, you can increase your brain cells by when you live healthier, eat better, exercise, and love more.

"Neurogenesis is a target of choice if we want to improve memory formation or mood, or even prevent the decline associated with aging. Can we control neurogenesis? The answer is yes."

Witty, modern pop philosopher Alain de Boton (the guy behind The School of Life) is always worth your while. Read his killer books The Architecture of Happiness or Status Anxiety or try to watch anything he delivers: like this video, where he confronts us with our assumptions (especially those we get from the media / society) about success/failure and self-worth. De Boton tackles the 'global phenomenon' of 'job snobbery' and talks about how while wealth/success isn't an option for some people, that doesn't mean they should have low self-esteem, or feel unworthy of being loved.

The Situation: You got dumped, or rejected

Let psychologist Guy Winch introduce you to the cool idea of 'emotional hygiene' taking care of our emotions/minds the same way we do our bodies. Guy makes a valid point about how we take care of physcial wounds when we get hurt, but often leave emotional wounds un-tended. He says if we find ourselves hurting emotionally for several days because of a rejection, a failure, a bad mood, or any other reason, it means we’ve sustained a 'psychological wound' and need to treat it with emotional-first-aid techniques. This includes stopping 'emotional bleeding' - vicious cycles that only make the pain worse.

"It is natural to think about distressing events, but when our thinking becomes repetitive we are no longer problem-solving, we are ruminating."

The Situation: You feel like you suck in conversations with people

The TED Talk Solution: Celeste Headlee's 10 Ways to Have A Better Conversation

Radio host Celeste Headlee talks about why brevity, clarity and a healthy amount of listening can help you have better conversations - which can be really handy if your job could be improved if you knew how to converse with people just that little bit better. The biggest thing we learnt here was it's good to be genuinely interested in people ;) And to stay out of the weeds... we'll let Celeste explain that one for you:

The Situation: You're falling for someone and your brain is confused

The TED Talk Solution: Helen Fisher's The Brain in Love

Don't worry you're not actually going crazy, it's just your brain. The ventral tegmental area, located in the base of the brain, makes dopamine, a natural stimulate that is released in response to rewarding experiences, such as eating and having sex. Anthropologist Helen Fisher explains in her TED Talk that this area is way below our cognitive thinking and our emotions - it's part of reptilian brain associated with wanting, motivation, focus, and craving. She gives insight into the hormones and neurotransmitters that make us feel certain emotions, and the stories we choose to tell ourselves about those emotions.  Fisher has spent her life looking into why we feel romantic love strongly - she took MRIs of people in love, and people who had just been dumped, to discover the chemical process involved in romance.

"They've never found the way two personalities fit together to make a good relationship...began to occur to me that maybe your biology pulls you towards some people rather than another."

The Situation: You're getting frustrated by Tinder / online dating

Digital strategist Amy Webb (author of the book: Data: A Love Story and data reporter for Newsweek and the Wall Street Journal) wasn't having much luck internet dating, so as any data nerd would do, she started making a spreadsheet, and began to hack her online dating life, via reverse engineering her online dating profile and, essentially, data-ing her way into her perfect relationship. Why not watch this talk and calculate your own algorithm for love...

"I like the idea of online dating, because it's predicated on an algorithm, and that's really just a simple way of saying I've got a problem, I'm going to use some data, run it through a system and get to a solution."

Situation: You feel like you can't move forward at work

The TED Talk Solution: Yves Morieux's How Too Many Rules At Work Keep You From Getting Things Done

Yves Morieux, works at one of the world's biggest consultancy groups. He is a gun at complexities of new businesses and their organizational implications, and an expert in corporate transformation and managing human capital. Yves came up with this great idea called "smart simplicity"; involving some steps to help businesses be more productive as they get bigger and more complex. He wrote a book about those steps: Six Simple Rules: How to Manage Complexity without Getting Complicated, and this TED Talk picks up some of the points in his book.

"You must give more cards to people so that they have the critical mass of cards to take the risk to cooperate, to move out of insulation. Otherwise, they will withdraw. They will disengage."

The Situation: You're stuck in a creative / work rut

If there were an easy solution to get out of a rut, we'd all use - but the fact that it's a hopeless situation is the whole point. But what if the feeling hopeless part was actually productive? Just another step in the creative process? Artist Phil Hansen's talk about transcending a tremor in his hand that temporarily stopped him from drawing, will definitely help you get reenergized about doing that thing you do.

The Situation: You're wondering why there's not more chicks kicking goals at your work

The TED Talk Solution: Sheryl Sandberg's Why We Have Too Few Women Leaders

Sheryl Sandberg is the COO of Facebook (Mark Zuckerberg's wingwoman) which makes her one of the technology industry’s most prominent role models. And she hasn't wasted her position one bit. Her book Lean In is a ripper read, in this talk she picks up on some of the points in her book, discussing the disparity between successful businessmen and businesswomen; talking about how from a young age, girls learn not to speak up or get involved for fear of being called 'bossy' or being disliked. This one's been watched over 5 million times and spawned a global movement empowering women at work, if that convinces you any.

This talk's over ten years old, and marketing whiz Seth's done other TED talks since this, but this still remains a sope talk on how to be different and how to stand out in anything you do. Seth explains why crazy ideas get more attention than conventional ones, and why he likes it when people let their creativity fly, and don't take the safe route. Us too.

For more talks head to TED.com 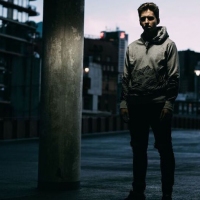 Five Minutes With: EkaliWe catch up with the Canadian RBMA graduate ahead of his upcoming debut Australian tour. 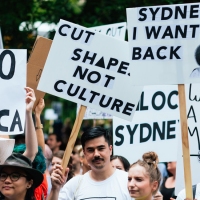 'You're not my real mum, Mike' - spending a day at the Keep Sydney Open Rally15,000+ people went for a walk through Sydney last weekend to try and get their city back.
Light & Easy