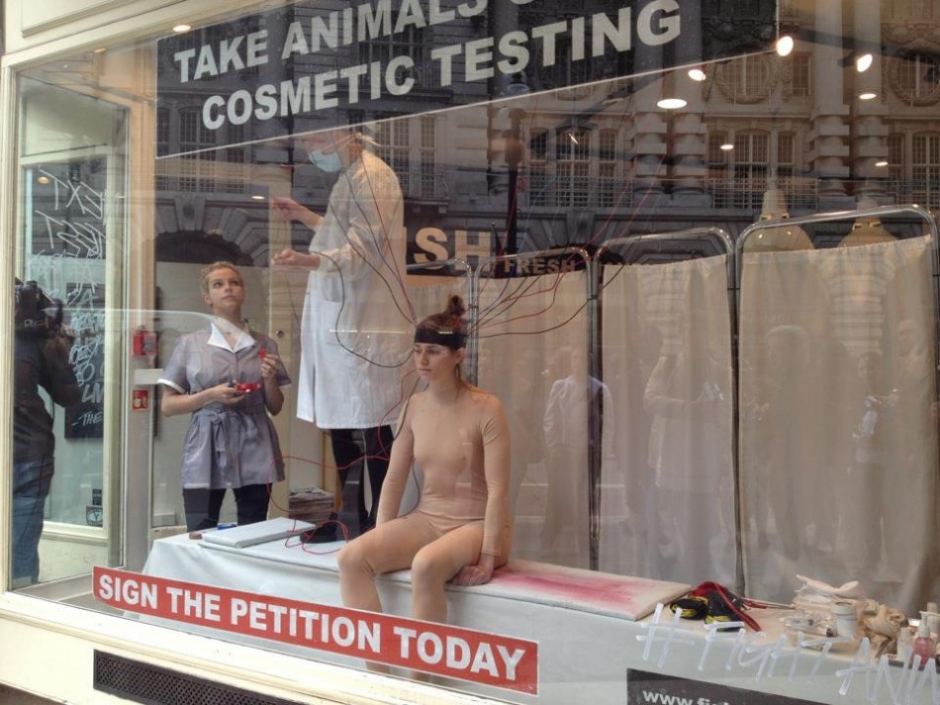 The internet has bred a world where what's been dubbed 'slacktivism' is more prominent than ever; a term originally coined with positive connotations, being used to describe small acts by bona fide individuals. These days, many see the concept of slacktivism as referring to lazy, low-effort and insignificant notions toward change; think of those “like this to show your respect/outrage/whatever emotion” posts clamouring in your Facebook feed, or online petitions that never reach the intended offices.

With so many platforms, causes, and opportunities to 'protest' at the click of a mouse, it's easy to believe that 'true' activism is becoming obsolete. The most influential of these all rely on a mutual element – that of confrontation. Masses pay attention to things they haven't seen before, things that occur behind closed doors put startlingly in their faces. We naturally are prone to recalling one unsettling campaign over a hundred comfortable ones. Lush Cosmetics are an example – they've teamed up with The Humane Society to launch a huge campaign pushing an end to testing of cosmetics on animals, coinciding with World Week for Animals in Laboratories, and the result was disturbing to onlookers. The movement started with a powerful protest shocking media and shoppers alike. 24 year-old Jacqueline Traide, a social sculpture student/performance artist, volunteered to take part in ten hours of seemingly gruelling experiments in the public eye. This included being restrained, force-fed, multiple injections, having part of her head shaved, and having her skin braised and smeared with lotions in the window of Lush's Regents street store in the UK to make a point about animal cruelty – and it certainly did. Following the event, Traide had this to say about the display. Undoubtedly, it was an effective stunt that got a lot of people talking and a hugely attention-grabbing way to kick off the campaign.

Acts of protest are an inevitability – there will always be people who oppose certain decisions, policies and entities. Thousands have participated in demonstrations and rallies in Australia over the years to fight for marriage equality, among other things. People are still taking to the streets in the traditional way, but they're also getting more creative about getting a message across. Back in 2006, renowned street artist Banksy managed to sneak a life-sized inflatable doll dressed as a Guantanamo Bay detainee into Disneyland with the intention of drawing focus to the controversial centre. Placed inside a ride at the theme park, it remained there disturbing punters for an hour and a half before the entire ride was shut down and the piece removed. Greenpeace activists dressed as sharks climbed onto the roof of John West's headquarters in Melbourne last year to protest the company's fishing methods, hanging a banner over the entrance to the building.

There's an old saying a lot of people aren't particularly fond of: “Actions speak louder than words”. It does prove true in many cases, like that time a Tunisian street vendor by the name of Mohamed Bouazizi set himself ablaze at a governor's office and effectively started a little thing known as the Arab Spring. The art of resistance is a fine one, and hard-hitting activism isn't dead; it's very much alive, even in a digital age. 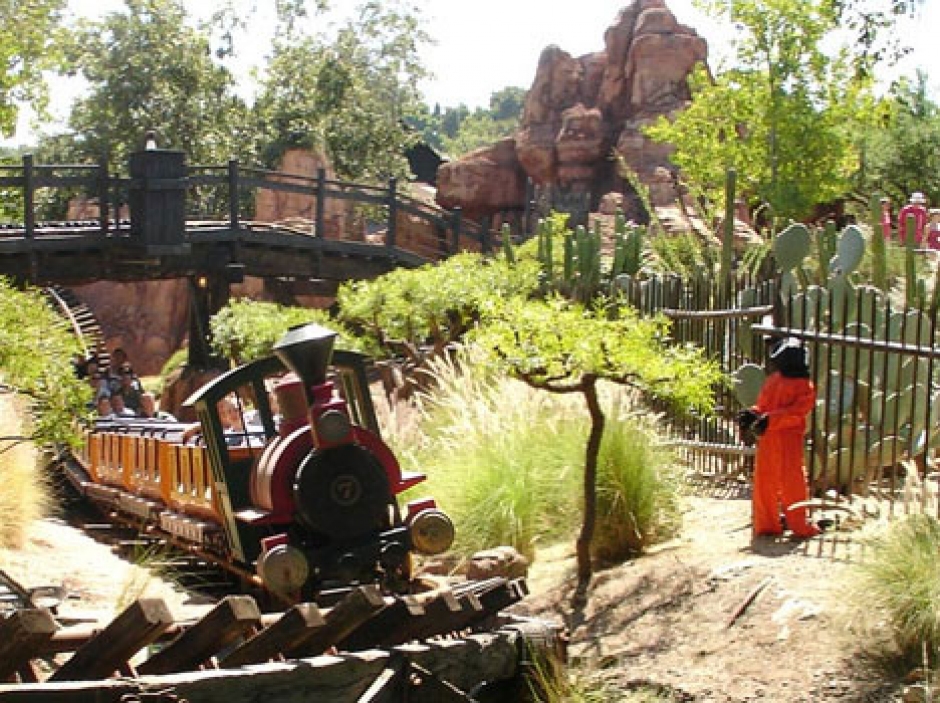 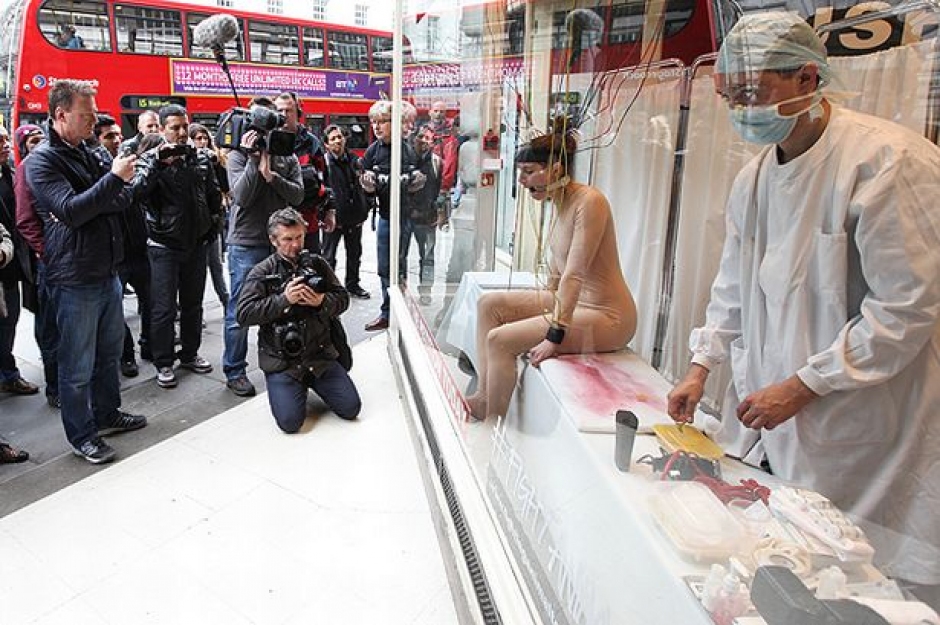 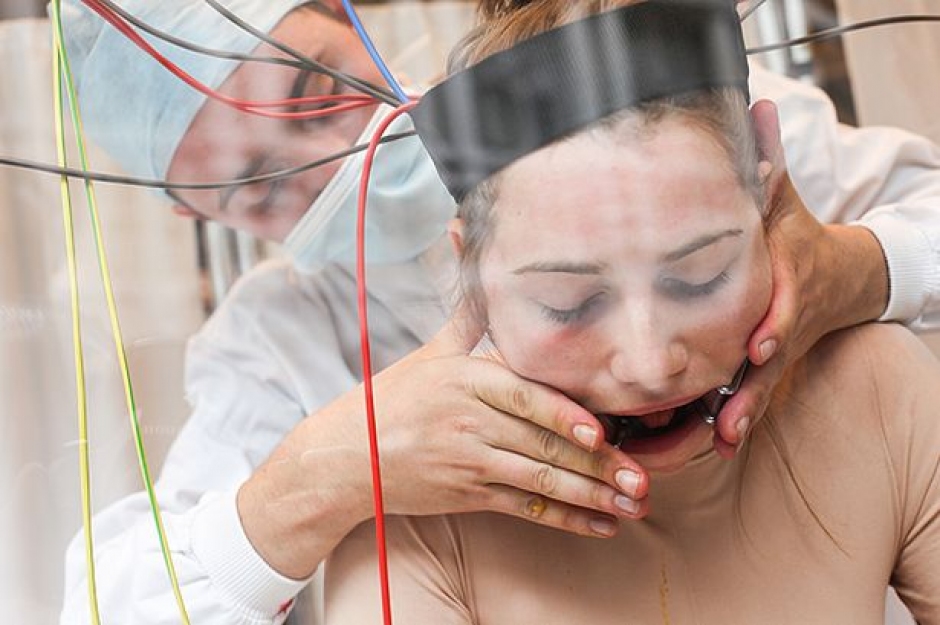 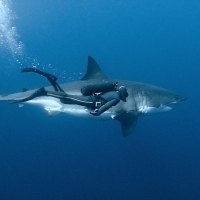 To Cull Or Not To Cull Pt. 2Colby Bignell from Perth punkers Flowermouth offers his (anti-killing) thoughts on the matter. 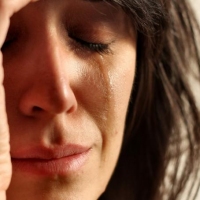