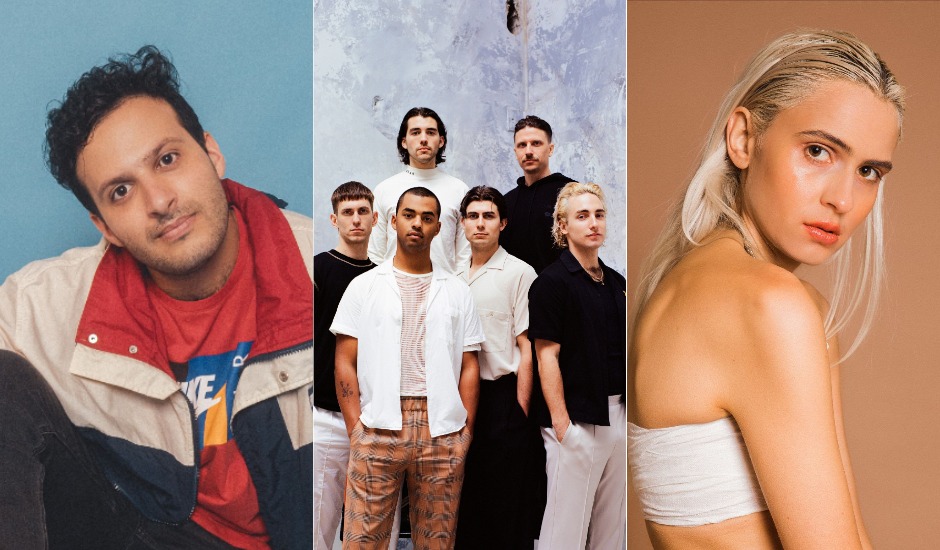 Every week, we're hammered with tonnes of new music from Australia and afar, so much so that at times, it feels a little overwhelming and you're not quite sure where to begin. Every week, we run down this week's must-listen singles and releases, this week featuring names like Northeast Party House, Banoffee, Kita Alexander and more. Check out Pilerats' homepage for more brilliant music and news, or subscribe to our Spotify Office Playlist for easy listening.

Northeast Party House have always been a cult-favourite of Australia's electronic world - their music has consistently been one of the country's most fun and joyful - but did anyone see them having one of the country's best dance records going into the new decade? I'm not too sure. As it seems, the six-strong ensemble have stepped it up for their forthcoming record Shelf Life - out February 28th - with a string of singles showcasing their depth in dancefloor-ready, club-centric electronic hits that haven't seen the BPM fall once: Dominos, Magnify, the album's title track Shelf Life and now, The Desert.

In every way, The Desert is a track that makes it four from four for Northeast Party House. Driven by a funk-fuelled bassline, The Desert isn't quite the all-out, mid-2000s-reminiscent explosion that the last single - the album's title track - delivered. Instead, it's one that aims for something a little more pop-infused, combining thick basslines, swelling synth sections and percussive claps with a strong hook that takes the group more-so into RÜFÜS DU SOL territory than Shelf Life, which comes with a little more of a The Presets-esque edge (notable, considering the record was worked on alongside The Presets' Kim Moyes).

One of last Friday's big records came from Melbourne-based musician Banoffee, who - like she has been doing for much of the last few years - has been pushing Australian pop into some incredibly exciting directions recently, with a string of singles eventually ending up to the release of her long-overdue debut album Look At Us Now Dad. Some of Australia's modern-day pop highlights have come from this record - Count On You, for example, twists with the distorted sheen that comes with working with SOPHIE and Yves Rothman on co-production - and it's one that has set Banoffee up as one of the country's leading names in experimentalism, taking the country's pop world into the future and showing it off to the world in the process.

One of the album's most overlooked highlights came in the form of Ripe, a new take on her 2017 single of the same name which takes everything we came to love from the explosive foray into dance-pop - Banoffee's stirring vocal, a glistening, playful beat, SOPHIE's shattering breakdowns - and interjects with a verse from cult-adored US rapper Cupcakke. Alongside a few tweaks here or there, the 2020 edition of Ripe is basically its namesake: a rich, ripe explosion of cutting edge pop that proves that the genre can be a lot, lot more than just big hooks and Max Martin productions.

Mickey Kojak has been a favourite of ours for years now, having floated around the Australian electronic world for a whopping six years now (his debut single, the Tazzy-assisted Feel My Pain, is still a longtime, overlooked highlight of Australian-born house music). However, as we enter a new decade, it seems like the general population is finally beginning to catch up. Last year's Video Games was a highlight of highlights that saw Mickey Kojak shoutout Lana Del Rey and throw it back to the mid-2000s bloghouse explosion within the same four minutes; an assault of organic and synthetic instrumentation uniting for one of the year's catchiest dance songs.

2019 was most certainly Kojak's biggest year yet - he also shared a full EP and featured on a track with Bag Raiders too - but it's clear he isn't keen on slowing down, moving into 2020 with a new single Strange. While it's not quite the strobe-fuelled dancefloor-filler of Video Games, Strange - "an ode to good nights filled with bad choices and even worse repercussions" - is still a remarkably slick moment of funk-pop from Kojak who this time around focuses on something a little more pop-centric, emphasising his vocal as it moves between funk rhythms and percussion layers that scream with Mickey Kojak's consistent and characteristic brilliance.

Kita Alexander - Against The Water

Kita Alexander is someone we've had the pleasure of watching grow a lot over the last few years, watching her progression from an indie-pop newcomer with her debut EP Like You Want To to a menacing new force in Australian pop's next generation with her Hotel EP and now, someone on the forefront of Australian pop with everything she's put out since; singles such as last year's Between You & I pushing her to the front of this elite selection of acts that somehow, find themselves a home in both commercial pop's hook-seeking playlists and the more subtle, indie-leaning touch of the alternative pop world.

Her new single Against The Water is not just her most incredible yet, but also her most touching and intimate. Reflecting on a traumatic event of her past, Against The Water is exactly the type of track that showcases how far Kita Alexander has come over the years, with her songwriting growth and maturity expanding beyond her years as she crafts one of pop's most emotional and passionate moments early on. It's thick with the honesty of tracks like Hotel - which also was built from trauma in the past - but this time around, you have more a sense of Kita Alexander's skillset and how it's changed.

Essie Holt is another musician at the forefront of the local pop scene, and another who has come a long, long way since her initial emergence a few years back. Since 2017, the Melbourne-based musician has become a consistent go-to in synth-driven electronica, with tracks including 2018's Magnetise and last year's quick-dancing Give Me The Night placing bustling productions side-by-side with some of Australian pop's strongest hooks; something that's stuck with Essie Holt over the years no matter how bright - or occasionally dark - her music goes.

Her new single Silent Wars preludes a long-awaited debut EP of the same name - out April 3rd - and it's clear why this song is the title track of the greater project. Silent Wars - a song about "lying, partly because I was scared and partly because I was in a situation that was way over my head" - is a track that floats with its intimacy from the get-go, encapsulating Essie Holt's rich songwriting and remarkable vocal as it shimmers around a slightly more subtle production compared to much of her past work; twinkling synth and echoing vocal samples forming an indie-dance backbone for Essie Holt to remind us of her brilliance. 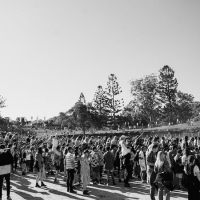 Is lineup recycling actually a problem in Australia’s festival world?This week, Splendour In The Grass were accused of ‘recycling’ acts for their 2020 lineup. Did they actually, though? 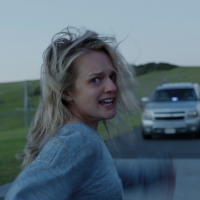 The Invisible Man proves great thriller adaptations can still be made in 2020Many films associated with the peaks of the thriller genre derive from books, but not many - until now - are recent.
Light & Easy