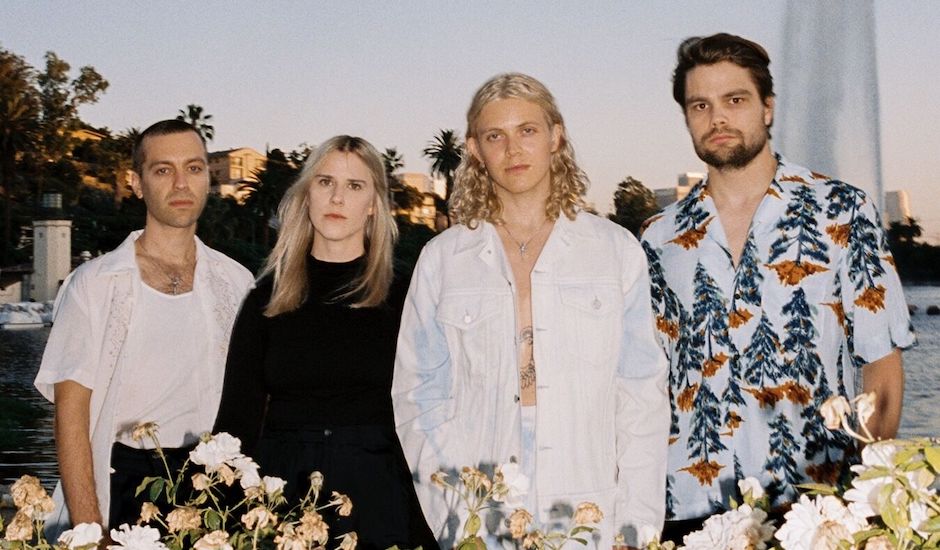 Every week, we're hammered with tonnes of new music from Australia and afar, so much so that at times, it feels a little overwhelming and you're not quite sure where to begin. Every week, we run down this week's must-listen singles and releases, this week featuring names like Cub Sport, Ladyhawke, GRAACE and more. Check out Pilerats' homepage for more brilliant music and news, or subscribe to our Spotify Office Playlist for easy listening.

Cub Sport have already had a spectacularly busy yeah, releasing their self-titled third album towards the start of this year, and refusing to slow down in the time since - national tours and festival shows littering stand-alone songs like the Darren Hayes-assisted I Never Cried So Much In My Whole Life. As it turns out, despite only a few weeks left of the year, they aren't calling it quits on the decade just yet either, announcing three songs to arrive over the next three weeks in a project aptly-titled 333.

The first of these tracks, Hearts In Halves, is a dizzying display of the synth-pop brilliance that Cub Sport have thrives upon over the last twelve months particularly, with shimmering synth layers forming the perfect instrumental backbone for the group's now-signature vocal harmonies. The other two tracks, City of Angels and Air, are arriving across the next two weeks and with their respective releases, will take Cub Sport further into unexplored territory - the latter, for example, is their first completely instrumental track. Keep an eye on them and their new work over the next few weeks.

Even if her release schedule has been a bit quieter this year - her only work released for the year thus far is One Thirty, her collaboration with Anna Lunoe, and the track she co-wrote for the Matilda's 2019 campaign alongside KLP, Kota Banks, Ninajirachi, GRAACE and Thandi Phoenix - Nina Las Vegas is still at the forefront of Australian club music and its international expansion. As a record label head and someone constantly in front of the curve, she's consistently bringing otherwise unexplored sounds to Australia, and with just a few weeks left of the year, she's ensuring that this is continuing into the new decade.

Her latest single Tananaram is a three-way team-up with Swick and MC Bin Laden that really pushes forward new sounds, with an invigorating, club-centric production forming a quick-firing base for Brazilian musician MC Bin Laden to dart across; his vocal adding an almost-comedic-esque spin through its chants and yells. "Ever since I heard MC Bin Laden’s song BOLOLO HAHA, his music has been a staple in my set," Nina says on the collab, which like much of her past work, welcomes a new international tastemaker to our collective musical shore. "Last November I posted an Instagram video of me playing his track AN AN É ISSO and he hit me p to collaborate. Me and Swick quickly sent him a beat and the rest is history."

Baauer's always been a musician at the forefront of experimental collaboration - his debut album, for example, is littered with everyone from M.I.A. and Future to Rae Sremmund and Pusha T - but not-so-much in a way like his latest, READY TO GO. Taken from a new GTA V radio station curated by Danny Brown, the track sees him link up with the rapper and rising funk-house star Channel Tres for a track that really pushes the boundaries; thick with the experimentation and creativity that has defined much of these three musicians on a solo level.

It's a hard-hitting, swelling track that explodes from the get-go, with that signature Channel Tres groove forming the base for the track - his whispering, almost-talking vocal and the funk that underlays it - until Baauer adds a stomping pace to beef it up, taking it to the next level as he pushes Channel Tres' production to the next level. It's a real good time, and one that gets us incredibly excited to see how all the people involved with the track continue to grow and define sounds in the year - and decade - ahead.

Since initially introducing herself as the guest vocalist on Hayden James' runaway success story NUMB, Graace has proved that she's no 'one guest feature and I'm done' musician. She's consistently pushed out some incredible local pop music in the time since, whether it be full-length debut EPs - such as Self Sabotage in 2018 - or the string of singles in the time since that time and time again, solidify her place as a rising musician bound to push our local pop market into new directions and sounds; this year's 21st Century Love and Have Fun At Your Party examples of both.

Her latest single Overthink is her cherry-on-top moment for the year, and it's one that sees her strip things back to its most bare and emotional, taking on a ballad-esque sound as she showcases her versatility and keeps the pop world on their toes. It's subtle with its minimalism, with GRAACE's storytelling stealing the show - albeit this time in a bit of an easier way than usual. "I wrote Overthink alone in an Airbnb in New York City, while I was snowed in from a blizzard. I thought of the idea of happiness and sadness. I often find comfort in sadness and feel like it makes me who I am because that’s all I was growing up and it’s honestly what I’ve become used to," she says.

Ladyhawke - Colours In The Dark

As someone once a formidable name of Australian electronic and its intersection with pop music, it's great to see Ladyhawke still up and going as we hit an entirely new decade. Over the last few years, she's returned with peeps here and there - sharing a full-length record Wild Things back in 2016, and featuring on Crooked Colours' Never Dance Alone earlier this year - but it seems that she's ending her 2019 with a bang, with her first solo single in three years, Colours In The Dark, making its arrival this week.

It's a single that takes us right back to the mid-00s boom from which Ladyhawke defined her sound, with a quick-pacing instrumental fusing together the world of electronic and indie with its pacing guitars and dizzying synth, while Ladyhawke spins and dances over the top with her vocal which still to this day, all these years later, hasn't lost any oomph. 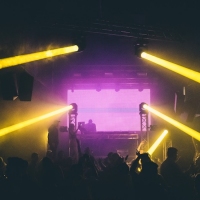 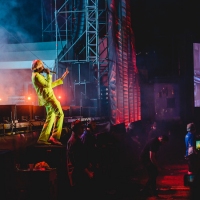 Tyler, The Veronicas + Techno: The big takeaways from Origin Fields 2019 / 2020Origin Fields – the Perth festival this year experimenting with their second year in the two-day format – have a tried-and-tested method that time and time again, works a treat.
Light & Easy