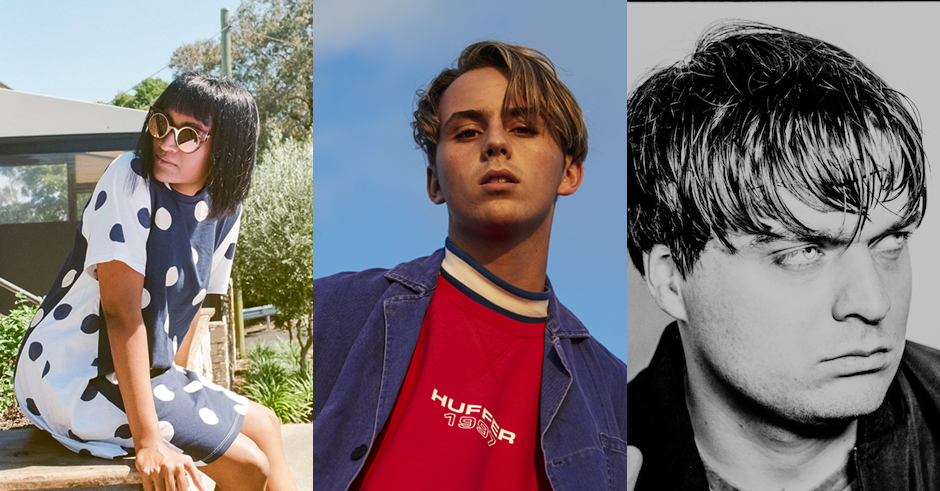 Every week, we're hammered with tonnes of new music from Australia and afar, so much so that at times, it feels a little overwhelming and you're not quite sure where to begin. Every week, we run down this week's must-listen singles and releases, this week featuring names like CLYPSO, Thundamentals, Dro Carey and more. Check out Pilerats' homepage for more brilliant music and news, or subscribe to our Spotify Office Playlist for easy listening.

There's a lot to be excited about in Sydney newcomer CLYPSO. Her colourful and thrilling debut single YOLO pumped our hearts full of an addictive tropical flavour, while its follow-up Save Me stripped things right back for a vulnerable, yet brightly-shaded ballad. Pair this with a collaboration with Australian hip-hop's rising star Kwame and you have three solid reasons to keep an eye on CLYPSO in 2018, a reason why named her exactly that at the start of the year. Pop Roll Flow is her newest single and it's a delightfully fun return, combining this addictive, funk-fuelled beat with her notoriously catchy vocals that will worm its way into your ear and not let go. It's punchy and dance-orientated yet notably radio-friendly, exactly the type of single she needs to break out of that 'one to watch' category and move into that 'one to love' category where she currently sits with us. Also, be sure to check our her energetic live show at this year's just-announced BIGSOUND and supporting PNAU on their national tour next month.

Dro Carey, mate, calm down with the bangers. After 2016's one-two of incredible singles in the grimey Elevate and the KUČKA-featuring relentless epic Queensberry Rules, it seems that the Sydney beat-maker is attempting a repeat in 2018 - and yeah, he's got it. After smashing it out the park with the pop-leaning dancefloor anthem Glow Now earlier this year - a single so impressive we named it our fifth favourite track of the year's first quarter - Dro Carey has taken us down the grime-infused route once again with Atmosphere, an ocean-crossing collaboration with three of hip-hop's most exciting - Australia's Kwame, the UK's Renz, and the recently Boston-located Sydney rapper Raj Mahal. From its opening siren, Atmosphere is a searing hip-hop anthem, with Dro Carey matching the ferocity of Kwame, Renz and Raj Mahal with a triumphant, horn-filled production that swerves and darts amongst a twisted bass line and vocal samples. Like Glow Now before it, Atmosphere solidifies Dro Carey's positioning as one of Australia's most exciting, over-looked, and versatile producer, continually impressing us with every blaring release that somehow, manages to get better every time.

There's a lot to be excited about in 18-year-old Melbourne-via-Perth-based newcomer Tyde Levi. First of all, he's the little brother of our own superstar Troye Sivan, meaning he's got those talented genes down-packed. Secondly, his debut single Goldchains proves he knows how to flaunt them, teaming up with an all-star cast to deliver a show-stopping, sultry R&B affair that'll leave you breathless. Co-written by Daniel Johns and Cosmo's Midnight with none other than The Roots donating a brass section, Goldchains is a confident and emotion-driven R&B stunner comparable to some of the world's elite, uniting his own soulful vocal line with a woozy, 90s R&B-tinged production that is focused around these sultry bass guitar melodies and the soft keys that perfectly compliment Levi's vocal. It's irresistibly seductive and laden with confidence beyond his years, and a v-strong sign that the young-gun is someone to watch as he sets his sights on the top in 2018.

Thundamentals - I Miss You

From Aussie R&B to Aussie hip-hop, Thundamentals are back. Their 2017 album Everyone We Know was one of the year's most popular, hitting #2 on the ARIA Charts and its lead single, Sally, copping a top-ten spot on the triple j Hottest 100. Their fifth album is set for release later this year and by the sounds of things, it's going to be another smash, with the Sydney hip-hop trio taking on a bit more of an R&B-influenced edge for the album's first single, I Miss You. Co-produced by Sydney multi-instrumentalist and Khalid collaborator Carl Dimataga, I Miss You unites Thundamentals' signature hip-hop charm with a gospel-infused production, pairing these chants with a playful piano melody and some pretty personal and reflective lyrics. "You lose touch with reality if you're just looking at social media," says Jewson of the trio, who says the single is about social media and false connections. "I feel like it's great to stay connected in the superficial sense and see what your friends are doing, but it's also kind of toxic. You forget that everyone is going through the ups and the downs. All you're seeing is the ups."

Taken from their upcoming second album of the same name, Palo Santo is an album favourite for Years & Years frontman Olly Alexander, and it's obvious to see why. While songs from their 2015 debut Communion, particularly the irresistible lead single Desire, led the way with anthemic productions and catchy vocals, Palo Santo is notably stripped-back and moody, hinting at a darker side of the UK group that is rarely explored. Softly floating over a subtle, piano-led instrumental, Olly Alexander puts on a show on Palo Santo, his vocals shining with a charming grace as they cut confidently cut through the single's gradually building production. It eventually hits a climactic bang laden with twinkling melodies and intricate percussion, but Palo Santo's best moments are its most stripped-back and moving, getting us excited as hell for the album release on July 6th. 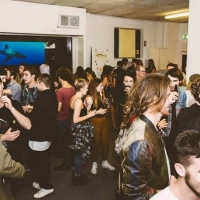 Interview: After 5 rad years, The Little Wing Collective bids farewell to The Corner GalleryWith a big arse shut down party on Saturday 7 July. 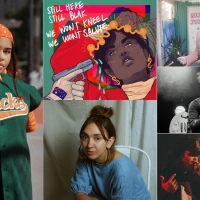 5 Indigenous Artists To Watch In 2018 with KaiitShe's playing Nocturnal at the Melbourne Museum on July 6 as part of NAIDOC Week.
Light & Easy