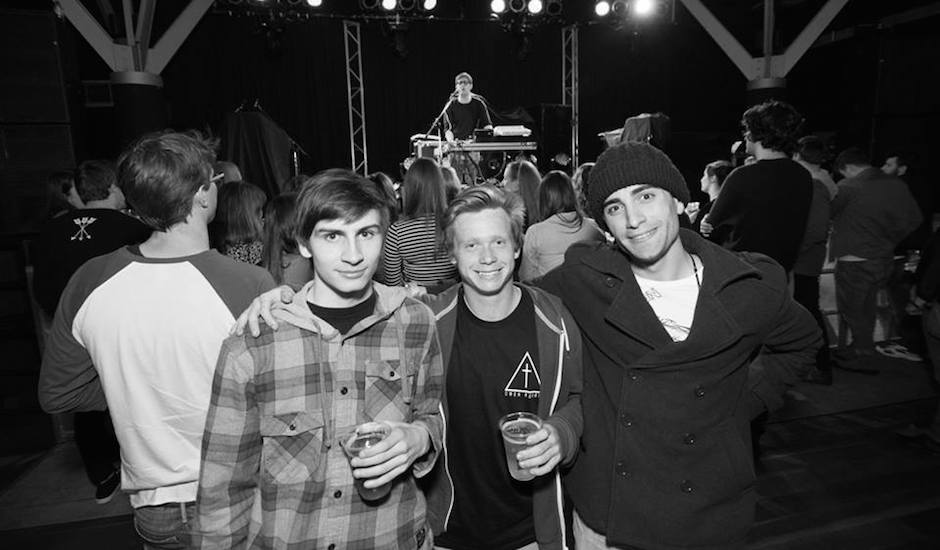 Following week 1's antics, Owen Rabbit has had a busy couple of weeks hangin' out with SAFIA, supporting the Canberra trio as they race around the country on a massive sold-out tour.

Wollongong - Flew up to Sydney just for tonight. Wollongong UNI bar was cool. Heaps of keen young peeps. Met some nice folks who bought T-Shirts and beers. Drove up to Sydney after the show. So tired. 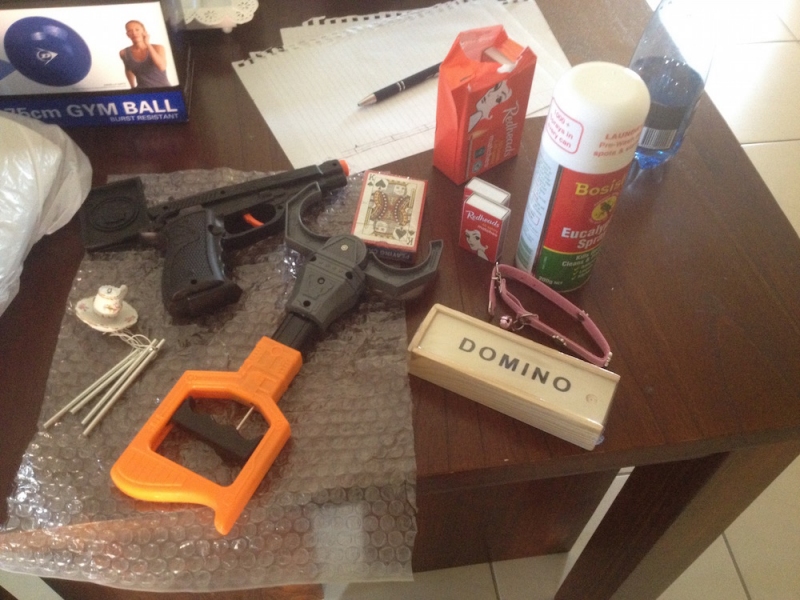 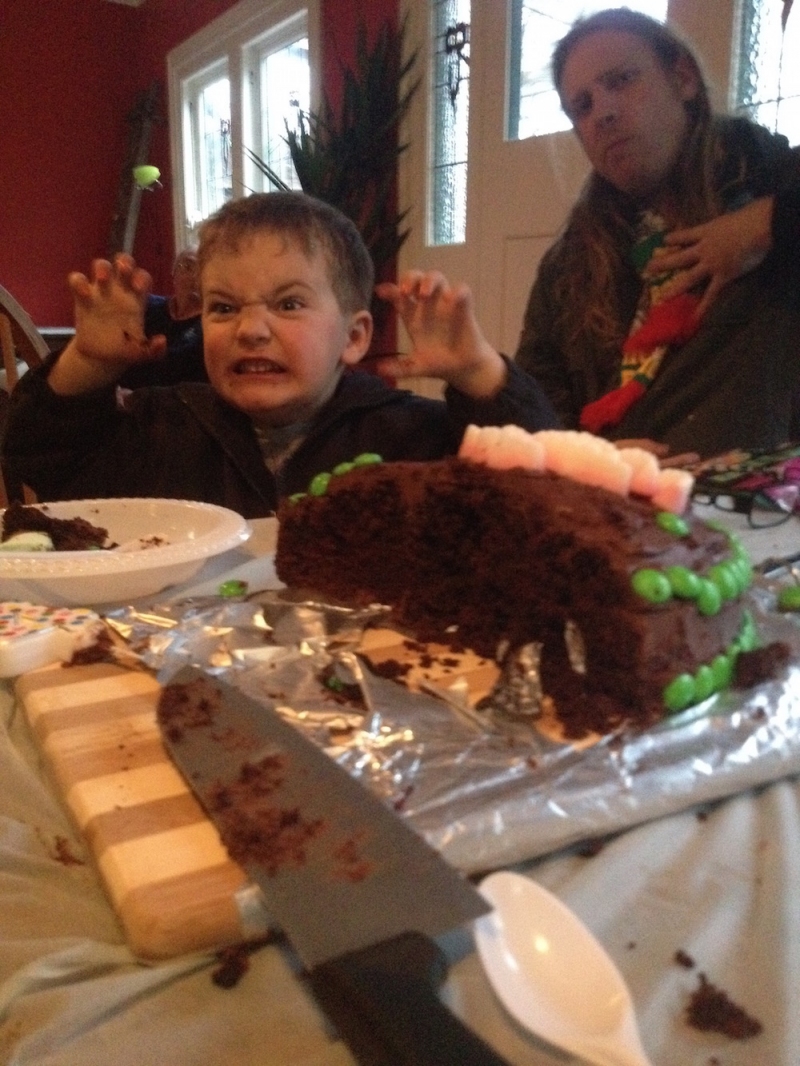 Newcastle/Melbourne -  I actually missed out on Newcastle because it was my son's fourth birthday. He is a legend. Here he is eating cake and being a monster with my mate Steve. Also he drew this sick picture of himself and I, I am lifting him up because I am strong. 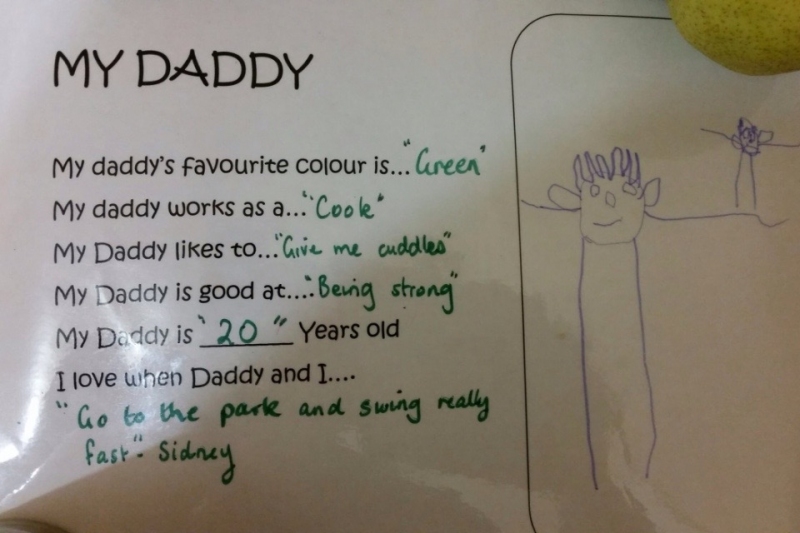 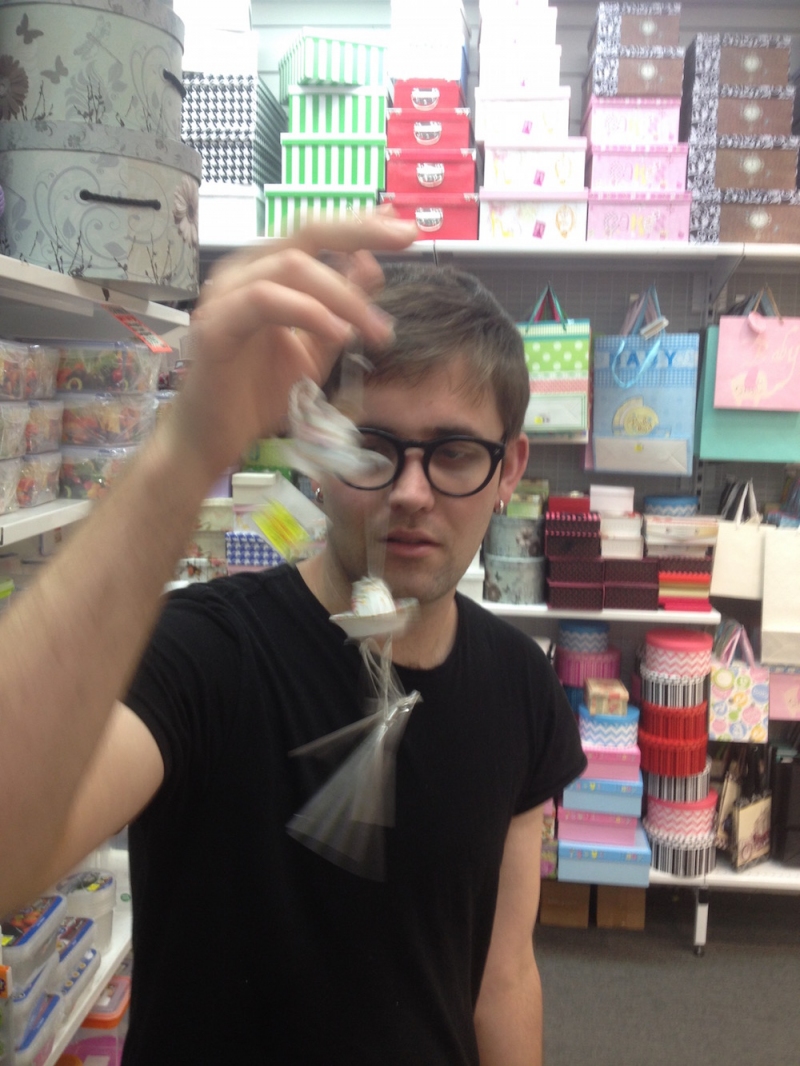 Brisbane - Brisbane was mental. I met heaps of nice peeps up there. Met John from the Cosmic Psychos. They are legends. THIS is my new favourite song. I went to a cafe a little dusty after night #1 and asked if they serve large coffees. The waitress said, straight-faced, “oh you want a big ass mug?” Nice. Got some cool new toys for making awesome sounds on stage as well. The crowd at the Wooly Mammoth was keen as mustard. I also learnt a lot about XXXX Gold and when it is appropriate to have a tinny as oppose to having to class it up with a stubbie. 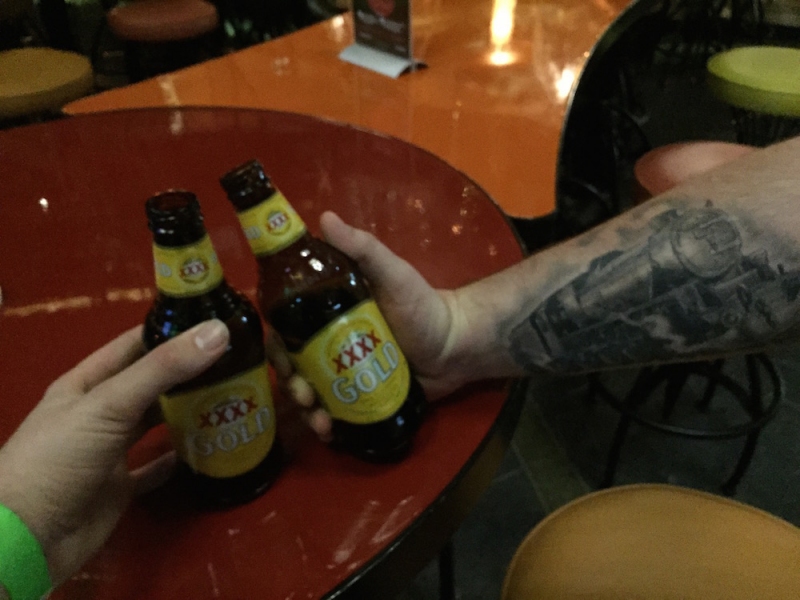 Backyard BBQs, beach, any sporting event/windup, in the greenroom out the back of the Wooly Mammoth after coming off the stage are where these are mostly consumed. 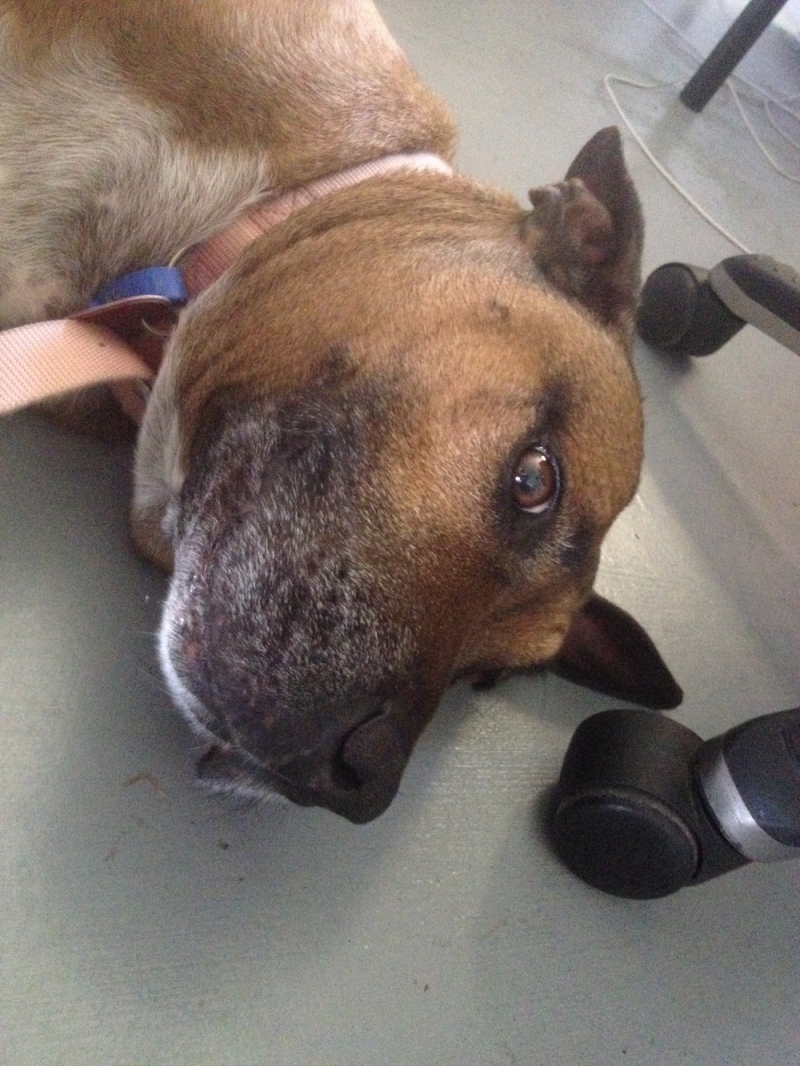 Also I fell in love with my tour manager Tyson's dog Aston Martina. I love dogs. Tyson loves XXXX Gold. What. A. Fucking. Legend. He chucked me a tinny while I was onstage and I looped the sweet sound of it opening in Pyramid Power. I gave it to some fella in the front row. He was happy for the free drink. 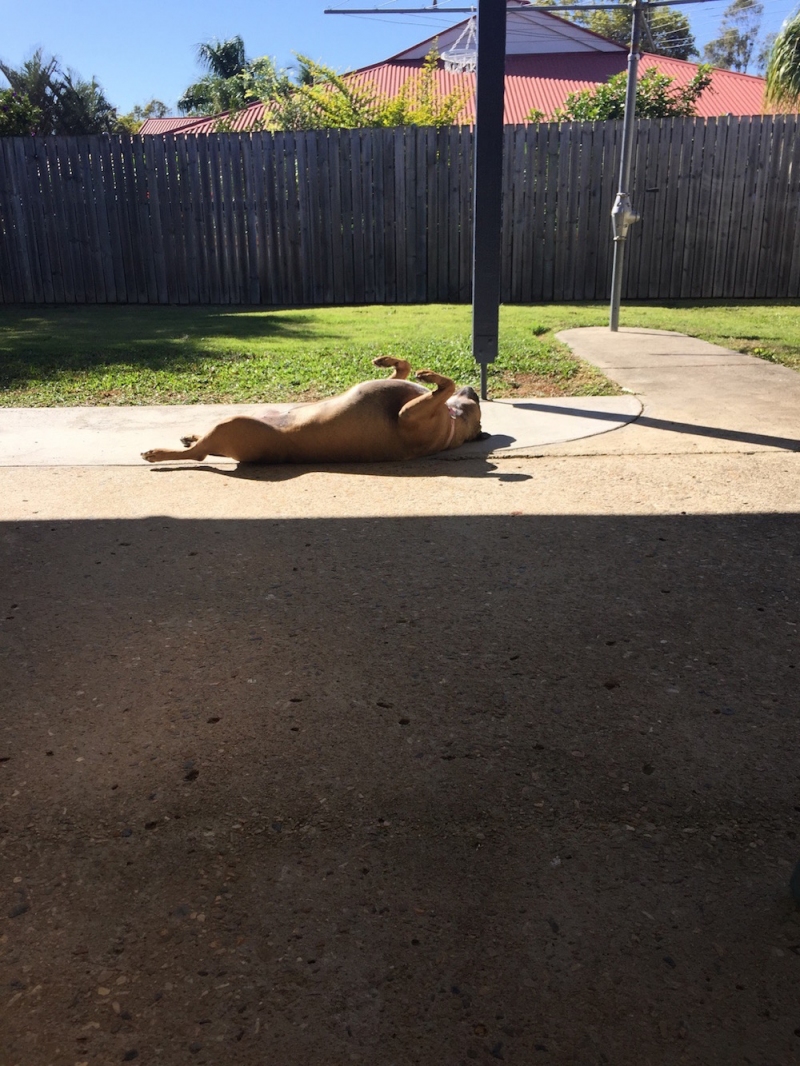 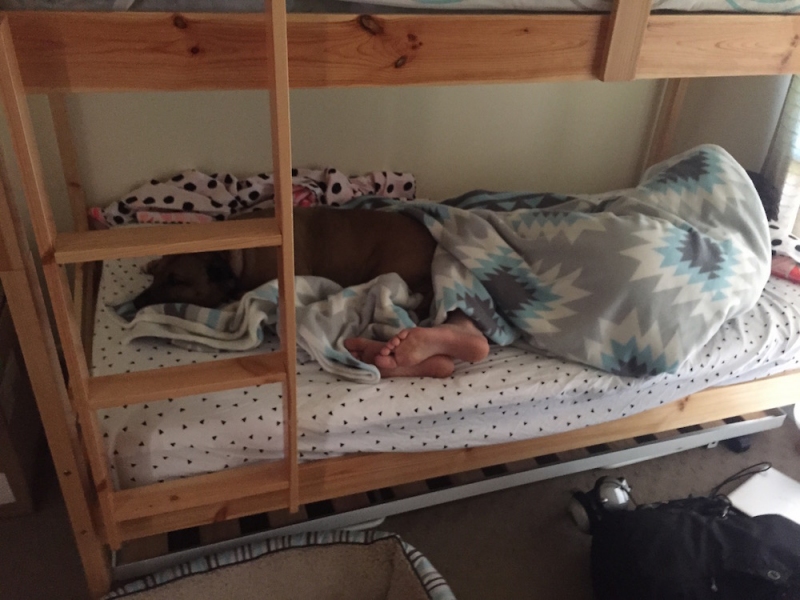 Byron Bay - I was so ridiculously tired for this show having loaded out the night before very late. But I got on stage and smashed it out. It was very loose and the crowd was rowdy. All in all, Byron Bay is beautiful and I got some new tunes smashed out on the beach. 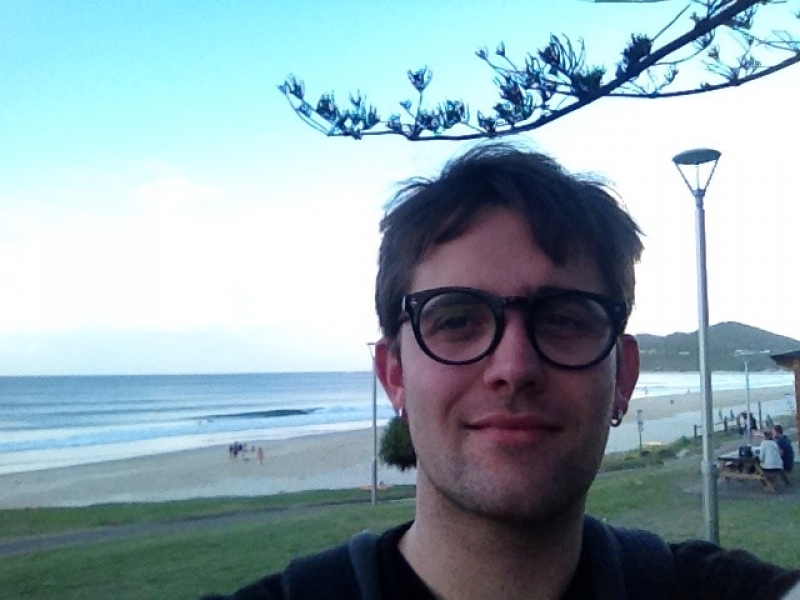 *Full disclosure this beer is the worst 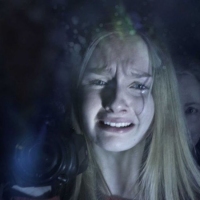 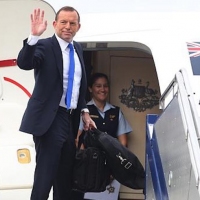 Tony's Holiday ItineraryNow that he's out of office, we came up with a list of holiday destinations the ex-prime minister might be interested in
Light & Easy