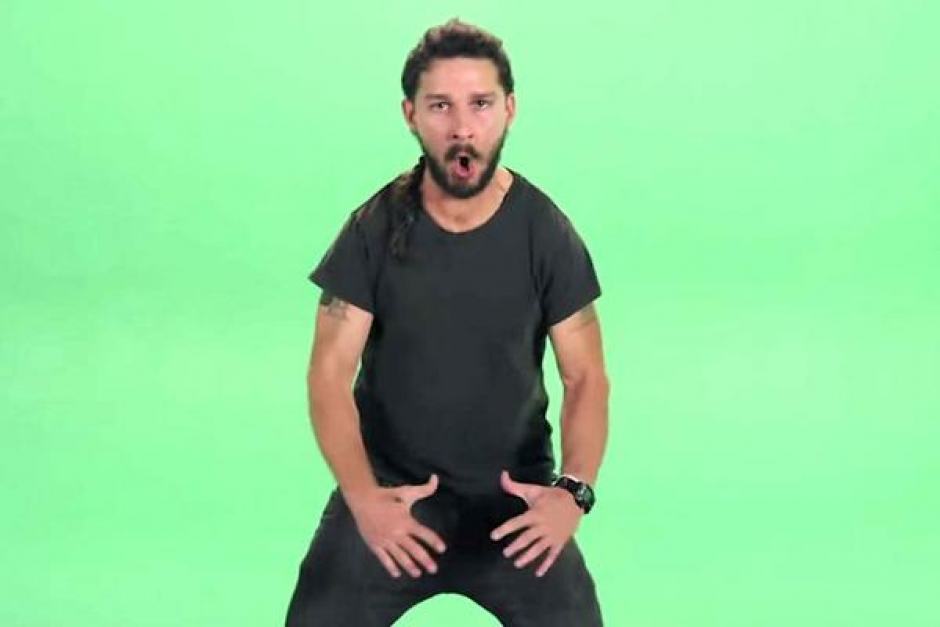 It’s confirmed, Shia LaBeouf knows how to go viral. Originally a Disney child star in Even Stevens, the last decade has seen LaBeouf spiral into a world of Hollywood insanity and on multiple occasions the man has defined himself as a first-class sociopath and has taken great steps to ensure the internet knows about this. He recently created worldwide fashion controversy when he rocked up at the Nymphomaniac premiere’s red carpet with a paper bag on his head reading ‘I Am Not Famous Anymore’, and he also caused viral controversy after aggressively chasing down a homeless man on a New York street. Hell, his Twitter account @thecampaignbook says it all really – he’s absolutely tapped. 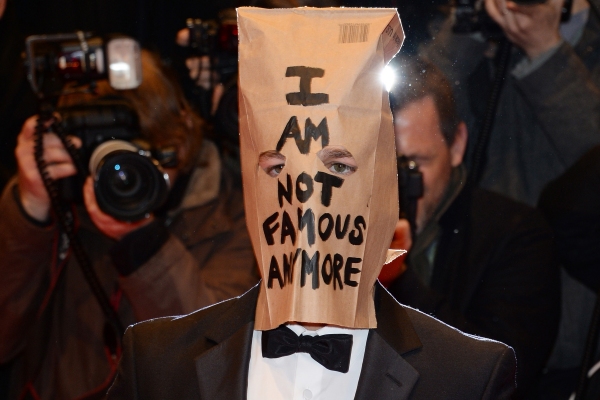 Above: Shia LaBeouf at the Nymphomaniac Premiere

Despite his eccentric and often aggressive behaviour, LaBeouf’s acting in recent years has been pretty great – his performance in Fury was outstanding and even better in Sia’s music video for ‘Elastic Heart’. Watch that music video here. As an actor you can’t go past Shia. He’s no Matthew McConaughey, but what he does, he does pretty well.

LaBeouf’s latest motivational speech in the #INTRODUCTIONS video is actually not that bizarre at all considering his long history of quirky antics. In fact, the speech pretty much sums up LaBeouf in three simple words. Just Do it. It’s a wholesome personification of LaBeouf’s lifestyle outside of acting - the Transformers star is no stranger to getting himself into weird and controversial situations. A true oddball celebrity of our generation, LaBeouf has had an interesting timeline of oddities – situations when he probably was like Fuck It, JUST DO IT:

In February 2005, Shia threatened his neighbour by waving a kitchen knife in his face when the neighbour wouldn’t move his car. Pretty heavy actions considering LaBeouf was literally 18 years old at this point. In November 2007, he refused to leave a Chicago Walgreens after a security guard asked him to leave the premises, and as a result was criminally charged for trespassing. The charges were dropped of course. 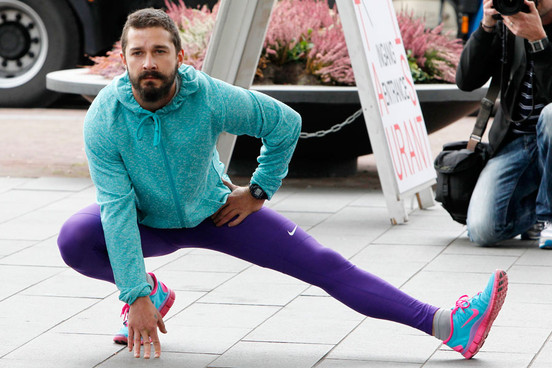 In July 2008, LaBeouf Ford F-150 truck was t-boned by a car running a red light. LaBeouf had been drinking and severly injured his hand, but was not at fault. He and his co-star Isabel Lucas had been what he claims ‘philandering around’ prior to the accident. Cheeky, but hey - JUST DO IT. His dad even kept the truck as a memento for that time his kid nearly died.

And how could we forget that time when he live-tweeted his late night acid trip in August 2012? Via his Twitter account, LaBeouf punched out some delightful phrases such as:

@thecampaignbook : 'what’s the difference btw mayonnaise and mayo? Is there a difference'

@thecampaignbook: 'who has my hand i want it back'

then a personal favourite..

@thecampaignbook: 'i was lying before. will smith is good at rap'

Also in 2012, he appeared butt naked in a music video for Sigur Ros’ song Fjögur píanó. (warning: LaBeouf nudity). In 2013, he attempted to make a Broadway debut in Orphans, but had big a clash with co-star Alec Baldwin over creative differences, leading to a tearful episode.

Above: Shia LaBeouf is no stranger to a courthouse

He then claimed last year that he was retiring from public life. Clearly that didn’t work out. Later on in 2014, a mysterious woman basically tried to rape him by taking control and stripping his clothes off at his own bizarre art installation #IAMSORRY. Considering LaBeouf’s history of ‘just doing it’, it is genuinely surprising that he didn’t welcome such an invasion of personal space with open arms.

Above: James Franco shits all over LaBeouf in ‘Just Poo It’

LaBeouf has had an interesting run, and now as you may know, the internet has literally been shitting all over his latest #INTRODUCTIONS video. James Franco for example, made a ‘Just Poo It’ parody a few days ago (watch that above). It seems Meme factories around the globe are spinning yarns about Shia’s eccentric motivational efforts and will continue to provide motivational entertainment for many years. So in summary, Shia’s retirement from public life failed pretty hard and now he he's got a Star Wars parody that he may never live down. 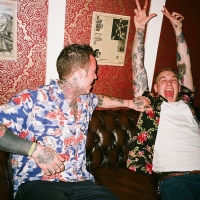 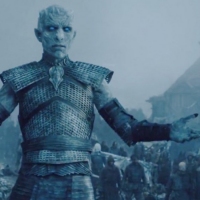 How To Punch Winter Square In The FaceA tidy yet chilly guide on how to beat those winter blues and make this season one to remember.
Light & Easy