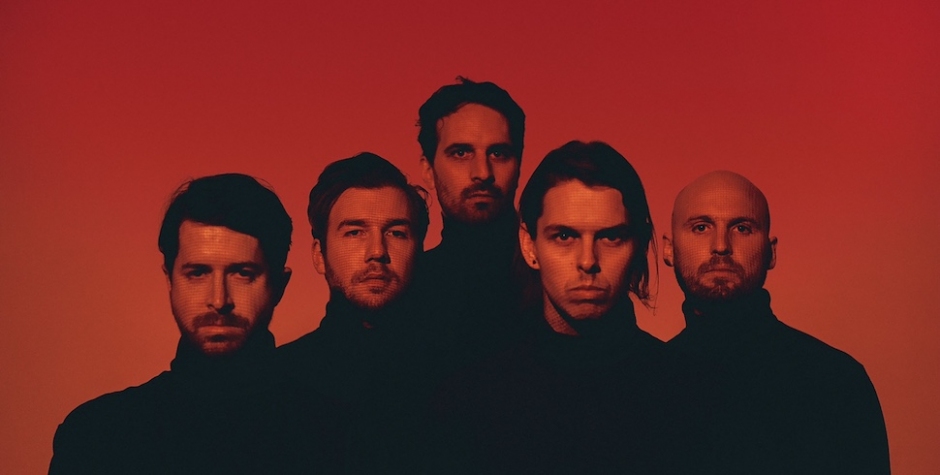 “Leisure is like the teachers forming a school band and everyone goes, ‘Oh here we go,’” says Josh Fountain, one fifth of the New Zealand band Leisure. He’s referring the fact that Leisure is filled-to-the-brim with New Zealand music industry figures, not label heads or PR managers but rather the cogs of the industry; designers, A&Rs, producers and so on.

Together they’ve created a mix of blue-eyed soul meet groove-orientated RnB with stunning results. Their debut self-titled album Leisure will pull at your heart strings but also set your foot tapping in the same song. You can stream the full album HERE in fact because Leisure are nice like that and put it up for free on YouTube.

With this in mind I set about asking Fountain about his musical experiences, life in New Zealand and not ‘fucking around’ when it comes to making music.

Josh could you talk to me about some of your first experiences with music.

I remember really being into hip-hop music and I vividly remember watching Top of The Pops and Coolio was on playing Gangsta’s Paradise. That and a cassette tape that was titled ‘The Best Rap Album Ever…’ was some of my earliest experience of pop music. And my parents gave me Phil Collin’s Hello I Must Be Going… oh god it’s all coming back now. It was on cassette and that was probably the first piece of music I actually owned.

So Phil Collins is to thank for your musical career?

Well I was more into hip hop and I loved turntablists, so this was when A-Trak was big as a scratch DJ around the early 2000s. At the time I was 15-16 years old and I wanted to be a DJ. I remember I did a DJ course at the local music school and that’s when I realised I wanted to make my own music. I used to get so frustrated playing other people’s music because I could never break it down how I wanted.

And what would you call yourself now?

After doing a music production course I ended up making music for ads, which gave me the chance to work with a lot of different styles.

This gave me the stability to enter into production and become a producer. And now that I’ve been around long enough – which is how I met the Leisure guys – nearly 10 years in fact, I know the industry well and people come to me because of my status.

When Joel Little* left it gave me a big opportunity because he asked me to take over his studio that he built. He’s living in the states now and because of that I’m one of the few lucky ones who can do music full-time.

*On a side note Joel Little is probably the New Zealand music industry’s Richie McCaw due to his production work with Lorde and Broods. He's also worked with Sam Smith, Ellie Goulding, Tove Lo and is mates with Alison Wonderland.

What impact do you feel Little and Lorde have had on New Zealand, what is the industry like now?

Post-Lorde New Zealand is a different place, people suddenly became quite proud of the fact we’re an extremely talented country. Not only was the whole world’s spotlight on New Zealand but suddenly everyone in the country was aware of what was around in our backyard. There was maybe a point where it was a bit cringe to be from New Zealand, now I think that’s not the case.

I remember reading an interview with Dummy where the band spoke of not wanting to fuck around, what does that mean to you?

When Leisure first came together we weren’t even Leisure as such we just wanted to capture a moment and see what happened. So I guess there wasn’t a focus on trying to get technical or polish stuff. There wasn’t an attempt to line up the drum hits it was just about making music.

I also wanted to ask about collaborations, why did you collaborate with GoldLink and why only him?

GoldLink reached out to us, he slide into DMs for want of a better word and said he loved All Over You. It just so happened that he was in New Zealand for Laneway in 2016 and we sorted out a studio for it to happen. We played him a couple of songs, he liked Nobody and that’s pretty much how it happened.

On it’s own the song Nobody may not have worked so well with the rest of the album but with GoldLink it bridged the gap.

And why only him? Well we have tried to collaborate with other people but it’s always just not worked out; whether it’s tracking people down or schedules not working. We’re happy to do it ourselves and we don’t feel the need to have someone our songs. But GoldLink’s collab was cool and we wanted it on there. 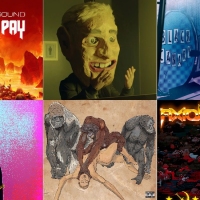 10 Tunes Of 2016 With Mike, Our Work Experience KidSharing a much deeper music knowledge and writing ability than our entire office combined. 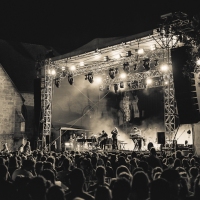 The Best Sets of the First Falls Festival DowntownAfter 21 years, Falls Festival has finally arrived in Western Australia and the wait was so, so worth it.
Light & Easy