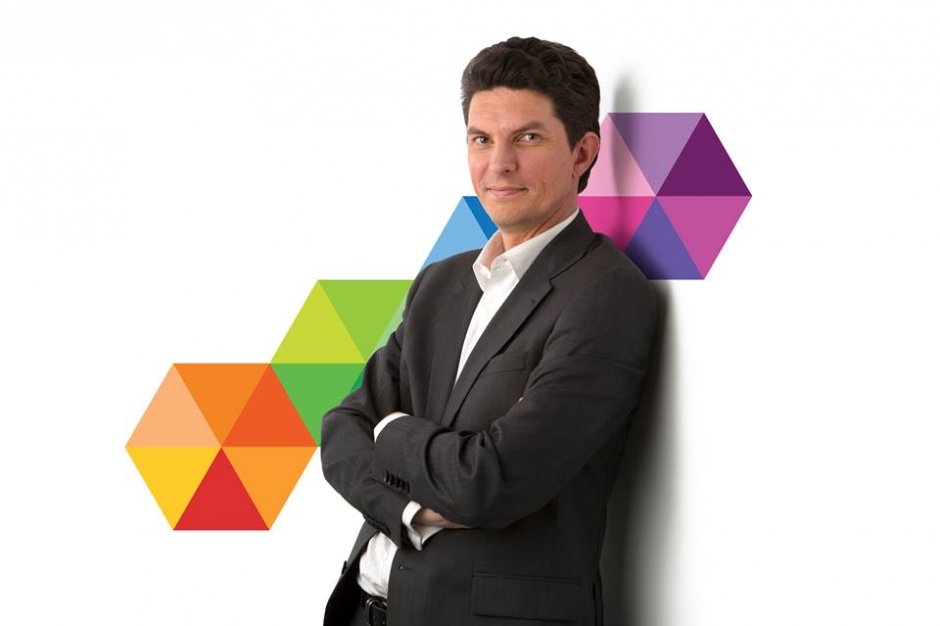 Posted By Troy Mutton 9 years ago

A couple of weeks ago you probably saw a Youtube video doing the rounds featuring WA Greens Senator Scott Ludlam "Welcoming" Tony Abbott to Western Australia. Obviously we use the term welcoming with tongue firmly in cheek, as it addressed pretty much every problem all your 'lefty' friends have been complaining about on Facebook since Abbott & Co. came into power last year (If you haven't seen it, you definitely should down the bottom).

Anyway it inspired us to reach out to the Senator (inbetween him going to Nine Inch Nails/QOTSA CONCERTS), go a little deeper into what he is trying to achieve, and how he's going about getting back into the Senate at the upcoming WA Senate re-election (after last year's was discounted following a recount and a bunch of missing votes).

[UPDATE] Before you read below, enjoy this sweet little video of DJ S Ludz on the decks at a recent fundraiser with the legends at Death Disco - good times ahoy.

Thanks for calling us today Scott, how is everything going, I imagine they’re super hectic at the moment?

Yeah I think they’re going quite well, we’ve got the largest volunteer mobilization in Western Australia and it’s based largely on Adam Bandt’s campaign and learning from how the Melbourne team did so well last year. We’ve created a lot more structure around doorknocking and contact with people. At the same time we’ve had a huge surge in volunteer numbers and people that wanna help. Quite strong media profile, and a lot of new people coming to our events that we’ve never met. All in all I’m really happy with how we’re travelling.

From our side of things it feels like your social media presence has been really strong, has that played a part in the surge do you think?

I don’t wanna overstate it, because we did have a very strong turn out before the speech, which obviously put the social profile much higher, but actually we already were dealing with the biggest problem that we were facing, which was not being able to keep up with the number of people who wanted to join the campaign and help. The surge that’s come in the last week or so has been really helpful but the campaign was already in quite strong shape before that.

Yeah I’m happy not to discuss it too much just because I’m bored of it haha.

Yeah totally, I guess the only thing I wanted to ask was not about the speech itself, but getting that surge in social media coverage is great, but do you then have systems in place to transfer that online profile increase into actually getting people down to vote for you on April 5?

We do, and effectively it’s been trying to work out how can you take sentiment of someone who’s clearly a supporter, and they’ve been willing to share your view or comment and like something – how can we translate that if they live in Western Australia into being an effective part of the big campaign. And we do have very talented organisers and the team we’ve put together here I’m immensely proud of, who came to us having studied the technique that was developed during the second Obama campaign in 2012. Where social media and the online data team knew that their job wasn’t to get someone to click on a piece of content, it was to get them to show up and physically be a part of things. So that got embedded in our organising plan very early on.

And as you said before the volunteer part is going very well, what happens now in the next couple of weeks before the election – what are the main areas and issues you’re looking to cover before April 5?

The primary one really is to remind people that voting is incredibly powerful. The numbers that hung in the balance last year at one point was 12 votes that determined the balance of power and the make-up of the Australian Senate. So that’s the single most important thing, that the balance of power senate seat in play here, which will either make it much easier or much harder for Prime Minister Tony Abbott to get his agenda up. Whether you care about work place rights, or penalty rates, or the shark cull or what the hell our climate’s gonna look like in 10 years time, whatever your issue you’re under attack at the moment by an aggressive and rather ruthless government. So what I think we’re finding at the moment is large numbers of people who didn’t realise they had so much in common and joining in campaign at the same time. So the issues that we’re foregrounding are principally around protecting renewable energy and jobs in the clean technology sector. Housing affordability is another big one in WA as it is elsewhere. Protection of digital rights – I think the online community is finding its voice in a political sense which is really exciting. And for a big city like Perth which is very car dependent, public transport – zero carbon cities, what kind of economy are we gonna have once the mining boom starts to cool off. They are some of the issues at play here that do have national resonance.

Yeah cool, and those issues – to me anyway – seem like things that a younger, youth-based audience can relate to, is that a big focus for you?

Well firstly you have to go to where people are, where the conversation is being had, and quite frankly kids are not watching free-to-air TV anymore, they’re not reading newspapers in anything like the numbers of older generations. And so if you’re not having the conversation in a place where they are, then you’re not gonna get heard. The second thing is when you do show up, you’re either not very interesting, or you’re clearly aggressive and attacking things that they care about, then that’s not gonna work very well either. So there’s two things which you need to be relevant – people need to know you actually care about the same things they care about, and getting on the channels that young people are actually using.

That’s not really how I think - we have certain things that I feel we need to do very very urgently. I just feel like if we speak from the heart, if we’re very direct, and we don’t treat people like morons, and we tell the truth, then it doesn’t really what matter demographic you come from, you’ll hear us. Hopefully you’ll support whatever we’re trying to do. So we’re not applying that kind of technique and we don’t really have time. Anything with politics these days, people are getting used to hearing really finely-honed focus groups and shallow superficial targeted statements and people are switching off that stuff. It’s like you’re insulting people’s intelligence, and we’re coming at it from quite a different direction.

Totally. So I better wrap this up! We’re a youth-based magazine, targeted to late-teens, early-20s etc., so I guess to finish on a pretty standard question but an important one none-the-less, why should people reading this on our website, based in Perth, vote for you on April 5?

I dunno that I have a good answer! My message for people who are younger is this: The people that have gone before you have stuffed things up really badly. The present generation of politicians is leaving an appalling mess for crew coming through now to clean up and contend with. No matter what you’re political views are, we’re gonna spend the rest of our lives trying to stay afloat in an age of dangerous climate change, and that is something that has been done in a casually premeditated way by politicians who knew the risks they were running and chose to do nothing.

So my message to younger voters is, if you don’t step up things are going to be even more intractably messed up by the time you’re in a position to be Prime Minister or a Cabinet Minister. Step up early because the people who are running the show at the moment are trashing the place, and don’t have a vision for the future. Our party and the reason we get such a bucketing in the mainstream press is because we step up and challenge the vested interests of those who donate large amounts of cash to the other big parties. We exist to challenge that status quo, so the place isn’t wrecked for the next generation coming through.

You can follow Senator Ludlam on FACEBOOK, or get a better understanding of things via his WEBSITE. But most importantly, make YOUR VOTE count on Saturday 5 April. 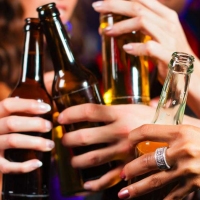 Just A Water ThanksThe perils of not being a drinker but still enjoying going out. 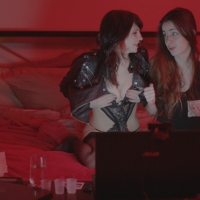