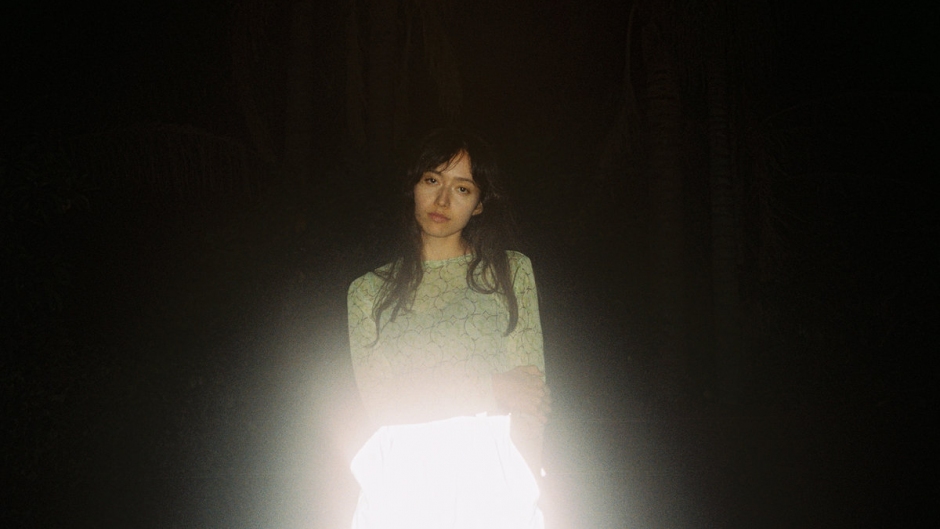 As is often the case with the English language, the word “break” can mean a lot of things, both literal and figurative, with a positive or negative connotation often inferred with the addition of a single word like “up”, “down” or “through”.

Someone who has run the gamut of the breaks, including a breakup, and subsequent breakdown and breakthrough, is New Zealand’s Amelia Murray, better known in the music world as the Fazerdaze, who off the back off her acclaimed 2017 debut album of dream-pop, shoegaze and alt-rock, and resulting relentless touring schedule found herself hitting the breaks at the end of 2018.

What followed was a period of mental exhaustion and self doubt, which soon impacted Murray’s musical creativity, leading to writer’s block that left her unable to finish a single song - until she allowed herself to break, saying “I wish I had broken earlier because it was one of the truest things I ever did for myself.” This break led to another break - in the form of her new EP, appropriately titled Break!

Murray continues “This EP is about finally allowing myself to give up. It’s about severing from the people in my life that weren’t good for me, and ditching the false parts of myself that were conditioned and not authentic. It’s everything I wasn’t allowing myself to feel over the past few years; angry, disappointed, cynical, exhausted and over it."

To find out more about the Fazerdaze journey over the last few years leading up to the new EP, we jumped on the line with Murray ahead of the release of Break! on October 14.

So you’re back after five years, after going through some things that you’ve been pretty open about - and I think one of the best things about the times we live in is, you know, we can talk about mental health issues without stigma, we’re all human, we all go through stuff. So your new EP is called “Break!”, which is a pretty literal term I guess, and there’s a quote where you said you wished you’d broken earlier and it’s one of the truest things you can do, so at a high level, I’m curious what that process was like?

Yeah, I mean, you’re bang on about Break! being very literal, it’s like, breaking mentally and also going through a breakup, and just admitting to myself that it was okay to come undone, and I guess it was really one of the strongest things I did for myself, to allow my life to come apart, because I was kind of holding together a false - I don’t know, a false facade or something. So breaking was actually really honest, it was like the most honest thing I could do, just absolutely come undone to my close friends and family, and I guess it just felt so appropriate to call this EP Break!, because of what I experienced and had gone through, but also it’s my first music back in so long, and it should have this kind of shouting title, or just to break the silence and break the cycles of what I was. That feels really powerful, from a personal standpoint as well as a creative work.

No doubt, and I think it’s inspiring! So let’s talk about maybe more positive stuff, you know, going through writer’s block, not being able to finish songs, all of this stuff - I can only imagine how frustrating that was, so what was it like to overcome this, was there like a breakthrough moment where you could finally finish a song, what was that like?

Yeah, that breakthrough moment came on that song Break!, which is so funny. I mean, I’ve been working really hard on a different body of work, and that body of work is still to come, but the eP has kind of had all the lessons and learning of just letting go and not trying to control the outcome creatively. That was what really helped me finish music again, was to allow these kinds of, what I believe are angsty songs to come out of me, and to not judge them and to allow them to be. Yeah, just authentic to how I was really feeling, as opposed to trying to write music that maybe I was being a bit ambitious with, where I wanted it to be really beautiful, but the most honest thing I could do for myself is write, yeah, I guess angsty stuff. It was just the process of allowing whatever to come out and not judging it, that’s what helped me get over that block that I had for so long.

Yeah cool, a bit to unpack there, not the least being you mentioned another body of work that has me curious…. But in regards to creating without judgement, you know, it’s something you hear musos and artist’s in general say and I just always feel like it must be nigh on impossible - is that something that’s become easier to do over your career?

Well, actually, I feel like I was better at doing it early on when the stakes were lower, and I didn’t have as many fans and it wasn’t my livelihood and I just sort of created for fun. If anyone like it, cool, but then I was having success and it really got into my head that I needed to make something phenomenal, or groundbreaking or fresh, I don’t know, I just put all these pressures on myself to create something even better. So I think it got a lot harder to create feely as I had, so this EP was like “Oh, I’ve got to undo all of that stuff and just create stuff - I’m gonna have some dud songs, I’m gonna have some ugly songs, and that’s okay, as long as I keep creating and moving forwards”. So it’s been real, like, full circle to undo the pressures I unconsciously acquired.

Oh, gosh, that’s such a good question! I do keep up, I sort of tried to keep up with new music that’s coming out, but I try not to compare myself to it. Most of the time when I listen to a new record, and I’m really loving it and feeling so inspired, it doesn’t make me compare myself so much, but it just makes me want to stop listening and make something, which is fun, and is creative fuel. But yeah, I think I did go through a period, maybe a few years ago, where I was just listening to like, the greatest stuff, being like “how do you make this, I want to make this”, just kind of putting too much pressure on myself to make great stuff, rather than just making anything interesting that, because it’s from me, it will make sense in the long run. That’s such a roundabout way to answer that *laughs*

No, I love it! Makes sense to me. So actually recording the new EP, I read you were living solo for the first time in your life and recording as well - I remember the first time I moved out completely by myself and it took months and months for me to adjust, so what was that actual process like?

It was really good, because it kept me busy and focused on something. After coming out of a really long relationship and having a lockdown, it was the thing that kind of kept me focused and productive. Yeah, it really helped me as an outlet at the time. I mean, I’d already done a lot of it leading up to that lockdown, but then that lockdown, I just kind of put all the final finishing touches on it, so it was actually really cathartic to just have something to focus on. I guess I was just doing a lot of processing during that time, and I think in a weird way, I probably needed that lockdown to force myself to look at things, and be gentle with myself, rather than go out and escape through - I don’t know, not that I’m a partier or anything, but I could have very easily just kept myself busy, so it really gave me this oasis of time to heal and work through stuff, and reflect on everything I was transitioning out of.

Including transitioning out of lockdowns, you know, touch wood that’s hopefully all a thing of the past, so what about playing live and live shows and the EP?

Yeah, I have almost a completely new band of friends who are playing the songs with me and it’s been really fun. We’ve had like, continuous cancellations like so many other bands. We were actually meant to play Splendour, and we were waiting side of stage and then the show got called off, so that was another cancellation. I’ve had this band ready to go over here for about maybe a year, coming up to a year, and we haven’t play a show yet, which feels kind of wild, but I guess it’s just forced us to be even more prepared. So yeah, we just announced four shows, the first kind of headline shows back, and fingers crossed these don’t get cancelled. I’m basically just taking it pretty easy with playing live show, like just easing back into Fazerdaze and back into playing live in a way that feels really sustainable.

And I can’t help but read some subtext there, like a complete fresh start after a break, includ a new band, surrounding yourself with friends and stuff, it all sounds so nice.

Oh my gosh, yes, it’s so nice. My life does look really different now, but I think that’s been all part of rebuilding myself.

Definitely! So finally, and obviously no pressure, but with Fazerdaze live shows happening again, we’d love to see you over here for a full Australian tour!

Yeah that’d be so great, I really want to play some shows in Australia!

Fingers crossed! Amazing, thanks so much Amelia for chatting to us, and well done again on the new EP!

Thank you so much! 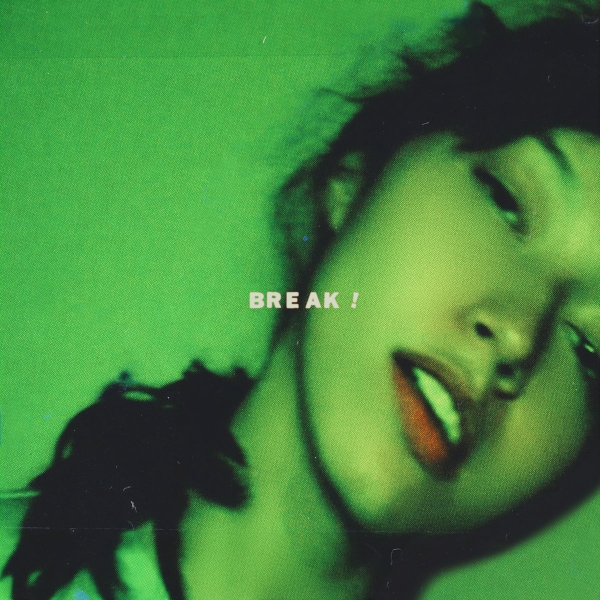 Fazerdaze’s new EP Break! is out October 14 via Section1 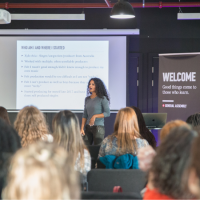 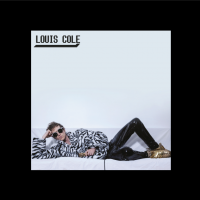 On a pandemic-precipitated break from the road, Manchester emcee Aitch returns to the city that helped make him one of UK hip-hop’s hottest emcees.