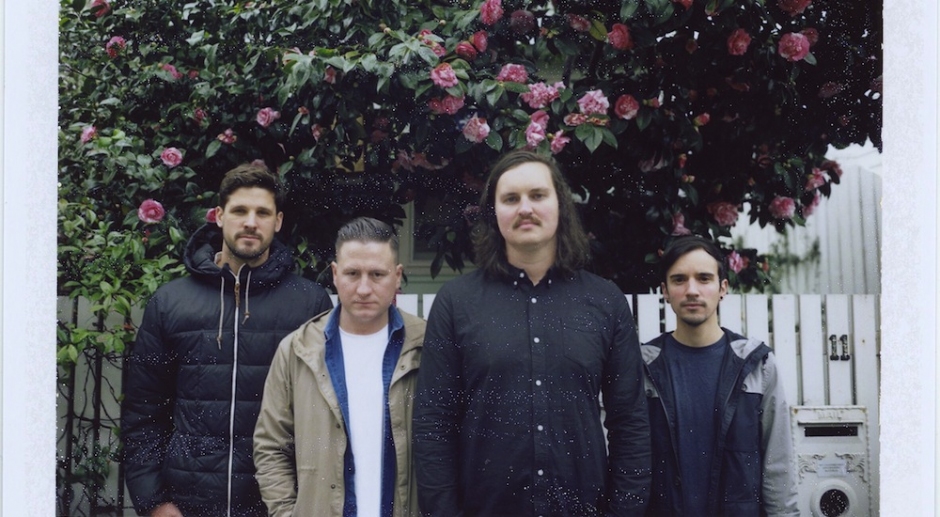 Since forming in 2012, Melbourne outfit Ceres’ infectious songs have combined with an endless enthusiasm/likeability that has garnered them fans from all corners of the country. Today (Friday 2 September), the group have released their two-and-a-half-years-in-the-making sophomore LP, Drag It Down On You, and to celebrate the occassion we were fortunate enough to grab some time with Tom Lanyon from the group to chat about how it came to be. Their tour officially kicks off in October (dates down the bottom), but if you're BIGSOUND bound catch them Thursday 8 September at The Zoo.

On album number two, Drag It Down On You, and how the band is feeling about the release:

We're so hyped, so proud of it. It feels like it was a long time coming. As soon as we finished the last record we were like - cool, so everything we write from now on is going towards the second record. I didn't think I'd even be in a band that releases one record, let alone two, so it's such a trip. It feels like it's been a lot of work going towards this moment but we are super hyped, and we're also just really, really proud of it. I'd hate to release something that I was a bit 50/50 on and I love every second of this record, so I just can't wait for people to hear it. I've been holding onto it for so long, so it's so good that now other people can finally be involved in it too.

On one of the record's first singles, Laundry Echo, and how it came to be:

The first track on the record is called Okay, and I probably wrote that 10 years ago - way before the band and way before I was even thinking that I could play a show, and I was writing it in the laundry of my old family home. I don't know why but the computer was in there, and I was recording the song, Okay, on the computer - it wasn't even called Okay then, it was actually a lot different to what it is now. But yeah, I was writing it in the laundry and it was super echoey and everything sounded like shit, and I just couldn't get this song to sound any good, so I shelved Okay until last year when I stumbled across the demo of it and I was like - "Oh, this song's alright", but it just took me right back to 10 years ago; writing songs in my family home, just that nostalgic feeling - so that's what Laundry Echo is about. I sort of wrote a song about writing a song 10 years ago. It's a bit like that movie, Inception, there's a couple of layers to it. It's all kinda gone around full circle.

On some of the darker themes on the record and the cathartic writing process:

I think I sort of turned it in on myself, I think that's where that darkness comes from. I think the last record, I Don't Want To Be Anywhere But Here, was more outward-looking, it was sort of at people, talking about other people and stuff like that - and you can only go so dark on people without getting super personal and losing some friends or a girlfriend or whatever. But yeah, turning it back on myself for this record, which I didn't really mean to do, I just noticed that it was all about me and my childhood and the house I grew up in - like in Okay and Laundry Echo, and even the song '91 Your House was about where I grew up. So there was a lot of personal, introspective stuff that I was writing about, and I think that way you allow yourself to go a lot deeper and darker. And it's not like I'm a sad dude as well, it's funny because I think that like, I say cathartic because maybe that's my outlet to get that sadness and that darkness out into songs, and then I don't have to act that out in real life. Every time I pick up a guitar I just wanna write something sad, I don't wanna write a happy song.

A song like Baby's Breath is an inner monologue of just everything that I've thought of for the past two years, like there's a lot of shit about the band in there and there's a lot of stuff about my family and who I am as a person and all my friends and where my life is at. So getting a song like that out, like when I eventually play it live, I'll probably get pretty teary I reckon. I get tingles right now thinking about it because it's just this really honest, sort of just description of who the fuck I am and what's going on, and it's not pretty. It's a kind of 'warts and all' take on me, I guess.

On having Tom Bromley from Los Campesinos! on board to produce the album and what it was like working with one of the band's heroes:

I'm such a big fan of Los Campesinos! and I have been since probably their second record. It was just one of those weird things where I'd known forever that if we ever had the option to get someome in to produce, that it would be Tom Bromley from Los Campesinos! I know it sounds like that weird, serendipitous bullshit, but it just kinda felt like it was always going to happen. I never, ever thought of any other producers, and the rest of the band can tell you that even years ago I said - "We should get Tom Bromley in to do something", and they all laughed... So it meant a lot because his band means a lot to me and if he could be a part of it, it would be such a trip, and then suddenly he was, and he stamped his name all over it. I'm so stoked that we got him involved because I think we would've made a pretty different record, if not for him.

I don't wanna sound like a creepy fan but like, you'd see a photo of him in a press shot and you'd think - he just looks like a really nice guy, like, I could probably have a beer with him and we'd be mates. And it ended up being exactly like that, like, he was exactly like how I thought he'd be. Or maybe I just bent my mind into believing that's what I thought he was gonna be like, I don't know. But to work with him was just a dream; he's a funny, smart, loveable guy who just has this knack for hearing something and immediately knowing what it needs or what it doesn't need. That was a big thing; he'd take a lot of stuff out of the record that he thought doesn't really need to be there. Usually we would've put a million gimmicks in there because they sound kinda cool, and he's just like - "Nah, nah, nah - get all of that shit out". It's a really raw sounding record in the way he approached my vocals as well, there was no auto-tune or anything like that in there, so we have that really scratchy kinda vocal that we've got on the record. He said to me - "Blemishes equal character, your record needs to sound like you guys and you should be proud of what you sound like", and I think this is the first record we've done where we're really true to what we sound like, so he was gigantic for us, I'm so stoked we got to work with him.

On the timing of Ceres' formation and the current state of guitar music in Australia:

I think it's so lucky that we started this band four years ago, when The Smith Street Band started to blow up a bit, and that was the catalyst for a lot of other bands to come through in their wake. So I think we're so lucky that we decided to be this band at this time, because we're definitely being helped out by our peers, so much. Luca and Soho and The Smithies and stuff, they're helping us up and a lot of people are taking notice of all of those bands and then it trickles down to bands like us as well. It was just a fluke that we started a band at this time but there's definitely something in the water, and the way radio is going - I'm just so stoked that kids wanna listen to fucking guitar music again.

On hitting the road for the Drag It Down On You tour this October:

We're back at Northcote Social in Melbourne and we're gonna be playing our biggest show in Sydney at Newtown Social and back at Crow Bar, so they're definitely some of the biggest rooms we've ever played, and it's our tour now so there's a lot of weight on our shoulders, but we can't wait to get involved and we just can't wait to play these new songs. We've been playing Anywhere But Here for two years and it's starting to get a little tired for us, personally, hopefully we don't sound tired on stuff, but just to add some freshness to the set is incredible and it hypes me up so much. I love the way the songs are sounding live, they can sound a lot heavier than they are on the record, even though the record is pretty heavy, but yeah, we're just hype and we can't wait to get on the road. 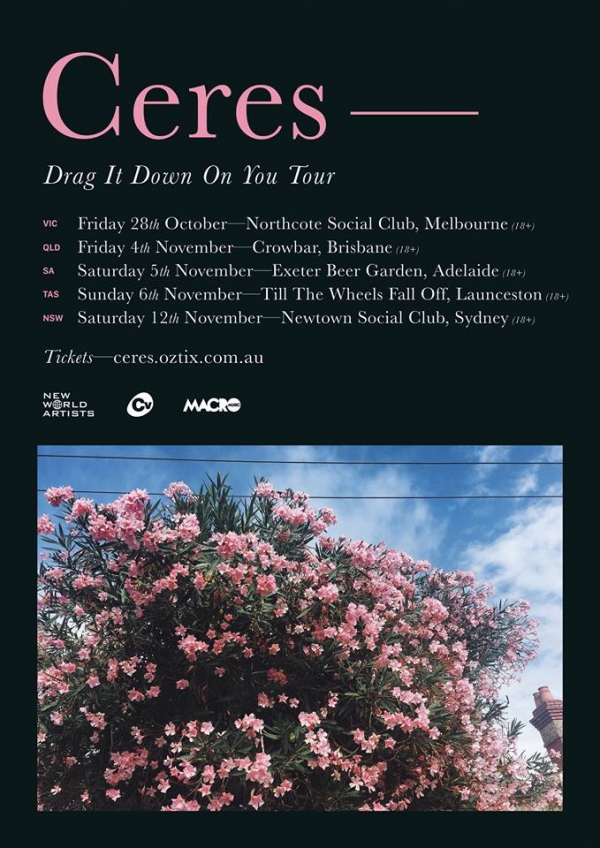 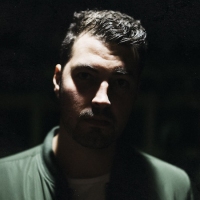 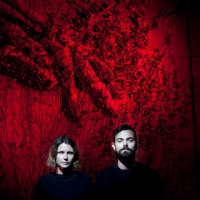