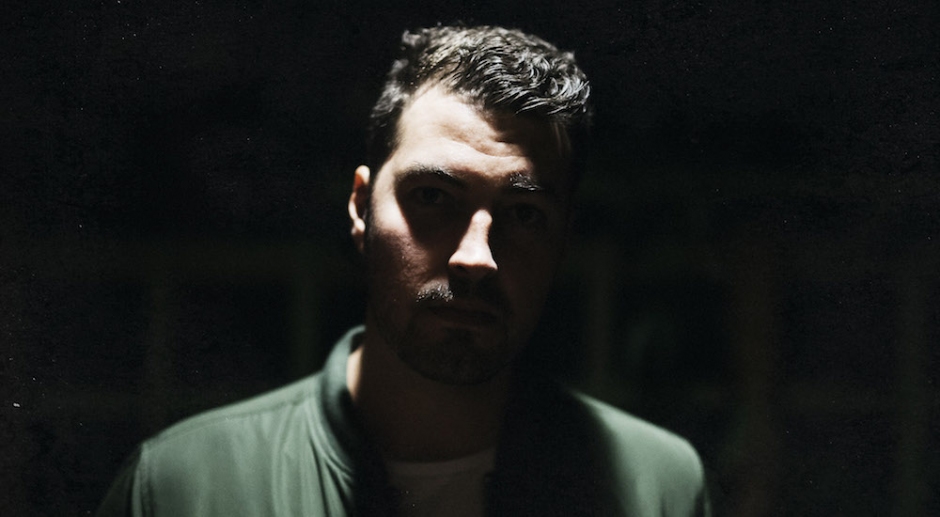 If we’re not careful we’re going to lose Hayden James.

In the 18+ months or so since the release of breakout single Something About You, the Sydney-based producer has spent more time abroad than in his homeland. Whether it’s touring with the likes of ODESZA, RÜFÜS and Duke Dumont or doing his own shows, you could be forgiven for thinking we’re not far off losing the producer to foreign lands for good.

And true to form, when we catch up with Hayden James he’s just returned from some shows in Asia, and he’s only “back home for the next five or six weeks, then off to the US.”

It’s our first port of call when we catch up ahead of his upcoming Australian tour celebrating latest single, Just A Lover, and he puts that overseas success down to a few things: “The booking team I have over there are very aware that it takes a while to build over there. It’s so big, there’s so many festivals… [But] we’ve only just started doing hard ticketed shows.

“It’s literally about building the name over there off Something About You and future releases. It’s been good. I’ve had a few good syncs over there too with TV commercials and stuff as well which definitely helps.”

Indeed, besides a v-rare appearance at Splendour In The Grass recently, the upcoming Just A Lover tour will be his first journey around the country since last year’s Listen Out tour, but he’s quick to assure that we’re still very much home: “It’s amazing to play overseas but coming home and playing to home crowds is always crazy. And Splendour was such a highlight.”

So we haven’t lost him just yet, and mid-prep for the Just A Lover tour that kicked off in Melbourne and Brisbane last weekend (Perth is THIS WEEKEND), we had the chance to find out if when we can expect more new music, and the secret vocalists that have helped him over the past 18 months.

On the difficulties that come with writing on the road:

I used to not be able to write at all. And that would be an excuse as well. Like, ‘Oh nah I haven’t written anything yet because I’ve been away and stuff’. But because I’ve been away so much now I’ve definitely started writing a lot more… I think it’s just about getting a good pair of headphones. I’ve got everything I need for the road like a little keyboard… I also use Garageband on my phone just to write new chord structures and things like that.

On the long time between Something About You and Just A Lover:

I was definitely nervous following up Something About You. Especially with Just A Lover as well… Becuase it’s not so much of a poppy, more accessible song, I was quite nervous about the reaction it would get. The first time I played it in Australia was at Splendour and everyone was singing it and I was blown away. If anything it’s given me a lot more confidence to finish music and know that I’m on the right track. So I’ve got a lot more stuff that’s gonna come out soon.

On the three singers you'll hear in Just A Lover:

So it’s her [George Maple] and me in both [Something About You and Just A Lover]. I do the high stuff and reverby effects stuff, and she does the lower voice. Actually in Just A Lover Ben from SAFIA is also in it for like one second in the middle of the song [laughs]. I was toying with using a vocal of his we were writing together as a bridge but it didn’t work out, but I really liked this one little bit. So there’s really three singers in it.

On creating mystery within the Hayden James 'sound':

It’s for Jess [George Maple] as well. We like this mysterious aspect of it. It also allows me to keep going and pushing that sound and creating that sound, that weirder kinda vocal. In the next stuff I’m releasing it’s not Jess it’s me and a few different people, and I want to build a character almost. So it’s not about a person or feature, and not about Hayden James, more the feeling of the music.

On the possibility of a Hayden James full length?

I’m attempting to finish an album by the end of the year, and hopefully have it out next year some time. I think we’re gonna do another single on Future Classic this year. And I’m working on a bunch of stuff with some people overseas, collaborations and stuff. Remixes too. So there should be quite a bit of new stuff this year but I really wanna nail this album, it’s really important.

On his love affair with house:

Because I spent my first few times touring and playing in front of people with RÜFÜS and then ODESZA and seeing people react to their music it was like, ‘Oh I want that, I want that feeling’. So I started making more housey, energetic kind of stuff but keeping my vibe there. The next stuff is getting dancier and faster every song.

On stripping back his live show to get more out of it:

It’s really important for me to feel comfortable on stage. When I first started I was just doing way too much stuff. And I was really nervous and not connecting with the crowd at all. So I just took it back, figured out what I wanted to play and made it simple for myself. So the show from Splendour to what the audiences in Australia will see now is again different. I’m making a whole new set. I’ve got some new toys, I’m bringing a new keyboard and some sample pads. I’m a bit nervous because it’s the biggest one I’ve done.

On being a different kind of artist in different parts of the world:

If you’re playing your own show or support for guys like ODESZA it’s always different. The States is kinda like Asia; pretty crazy, mental, fan-based people. Really, really into what you do. Not only the music but the whole Instagram-famous style of thing. They’re really into you as a person. Whereas I’m like, ‘Just listen to the music don’t look at what I do!” Europe is more dance-centric, and more suited to my style. But Australia will always be my favourite, there’s so much support here I love it. 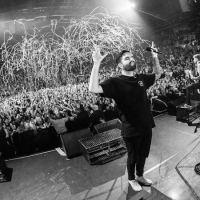 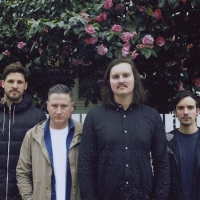 Coming Full Circle With CeresWe caught up with the likeable Melbourne lads to celebrate album #2.

Since releasing her debut album in 2013, the British pop star has always been ahead of the pop music curve, but now, she's shaping it.