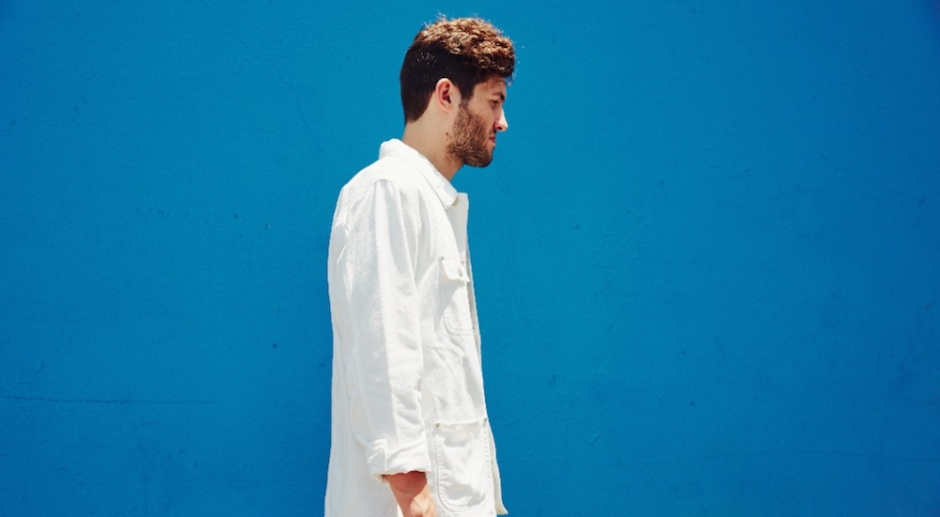 With Baauer's huge debut LP Aa out this week, Harlem Shake is long but a distant memory.

If you threw the name Harry Rodriguez to EDM fans, not many would say they’ve heard of him. Say his stage name, and looks of confusion and bewilderment would immediately be replaced with confirming head nods and maybe even a few chuckles along with the comment ‘OMG the Harlem Shake dude!’ Yes, Rodriguez AKA Baauer may be known for a viral phenomenon that ate up our newsfeeds all those years ago, but this year Rodriguez will drop his first ever album Aa to the world - and show lovers and haters just how far we've come since what many consider one of the original memes. At 6:45 on a Friday morning we got a chance to speak to Rodriguez about how he plans to bring the heat in 2016 with a new and improved, Baauer 2.0.

Rodriguez is a man of few words, but this isn’t to be mistaken for arrogance or rudeness. Instead he’s very down-to-earth, genuine and sincere. He’s an artist and a man who will contradict the soon-to-be bangerz he’ll drop this Friday, March 18th. When we tell him how dope his new album his response sets the tone for the rest of the conversation:

In November 2011 Baauer got his first taste of fame when he playfully mixed together Harlem Shake in his apartment in Brooklyn. Little did he know the track would eventually trend on every social media platform at our disposal (and definitely be one for the pop culture history books). However, Rodriguez doesn’t harbour resentment for the song that eventually became his double-edged trademark; instead he takes a diplomatic stance: “Nah I think even that track was weird in its own way you know? It was like weird and goofy in its own way. It just kind of happened on its own. It took on its own life.”

But after the novelty of the song died off, Rodriguez decided it was time to take a step back from his exposure to A-list level fame, and do some good old-fashioned soul (see: music) searching. He travelled with mate Nick Hook looking for sounds in little every-day things most of us wouldn’t even think twice about. Japan was his favorite place. When it came to putting together his new album, the process of trial-and-error was what inevitably made Aa. For Rodriguez, patience was key in finding perfection in the imperfections. “I’d never put together a collection of music like that at all. Like I’d only released a single song at a time you know? Maximum of three songs. So working on that many tracks for one project was definitely a new thing.

“It was a long time working on it, it was the culmination of a lot of ideas over the past three years. It was a big collection of a lot of different ideas. I don’t know, it was just trying new stuff and trying different styles and trying to…incorporate new sounds that I hadn’t before, and just try different stuff in every way I could,” Rodriguez elaborates.

“Just the whole span of travelling. Even before I was DJing or anything like that, just always hearing different kinds of music from different parts of the world. That was definitely the thing that inspired me the most.”

Even if you think the titles of Rodriguez’s EP and album are random, there is a neat madness to Rodriguez’s ways. “I wanted something really simple you know? I didn’t want to think of some big, weird conceptual name. So just 'cause I’ve got the two a’s in my name, and also because my first EP was kind of the letter B or a symbol that looks like a B, and this one’s aa. So I was like, ‘Hey maybe I could continue to just spell my name?’”

Rodriguez has managed to pull some absolutely sparkling features for the album; Future, Novelist, MIA and Pusha T are just a few. “I was so happy - all of them were awesome. It was really cool working with MIA I got to work with her in the studio and just 'cause she’s such a hero of mine. It was really cool to work with her.” And for his Day Ones music video Rodriguez scored big, landing Hiro Murai (who's worked with Chet Faker and Childish Gambino in the past) to direct. “It was cool I actually never got to work one on one with him just 'cause we were both moving around so much. But just having him on board and to direct it was awesome and I love what he did with the video.”

For Rodriguez being himself is the most important thing; outlandish and a little left-of-centre. In fact, this is partly why he doesn’t completely despise the song that made a name for him. “So I think I’m just trying to continue that, just trying to do stuff that’s weird and different and just feels like me.” But at the same time Rodriguez will always remain low key - never assuming or developing a sense of entitlement. This is why he’s still nervous about his pending release. “I’m definitely nervous, nervous in a good way. I’m excited and ready to see what happens.” This comes from an admirable mindset of “trying to always learn” he says, “to always be learning as much as I can whether that’s musically or culturally or business wise, I’ve learnt to always try to be learning.”

And a note for newbies trying to enter the oft-brutal music industry game, which Rodriguez says “feels so different now” with the rise of the internet and social media: “Just stick to what you do”.

So, with an album almost out, attention of course turns to touring and shows. And Rodriguez reveals he’s in the middle of planning his live sets: “I’m still working it out right now. But you can definitely expect the unexpected,” he laughs. The anticipation begins. Most importantly, Rodriguez is just going to continue grinding and leave the rest up to the fates of the music gods. “Yeah I don’t know. I’m just gonna put up this album and tour around a little bit and I’m working on new stuff right now. I’m just going to keep working on new music. No plans for it just keep making new stuff and the rest will take care of itself.” 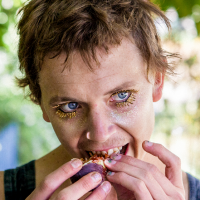 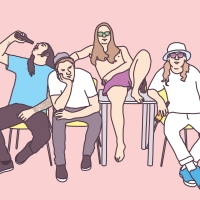 Violent Soho and the hungry ghosts that still haunt WACOThere's an anger in WACO that carries on themes from Violent Soho's last album.

How loss and heartache led to Parkway Drive's greatest triumph

The Australian metalcore legends will be touring their latest record Reverence this October/November.