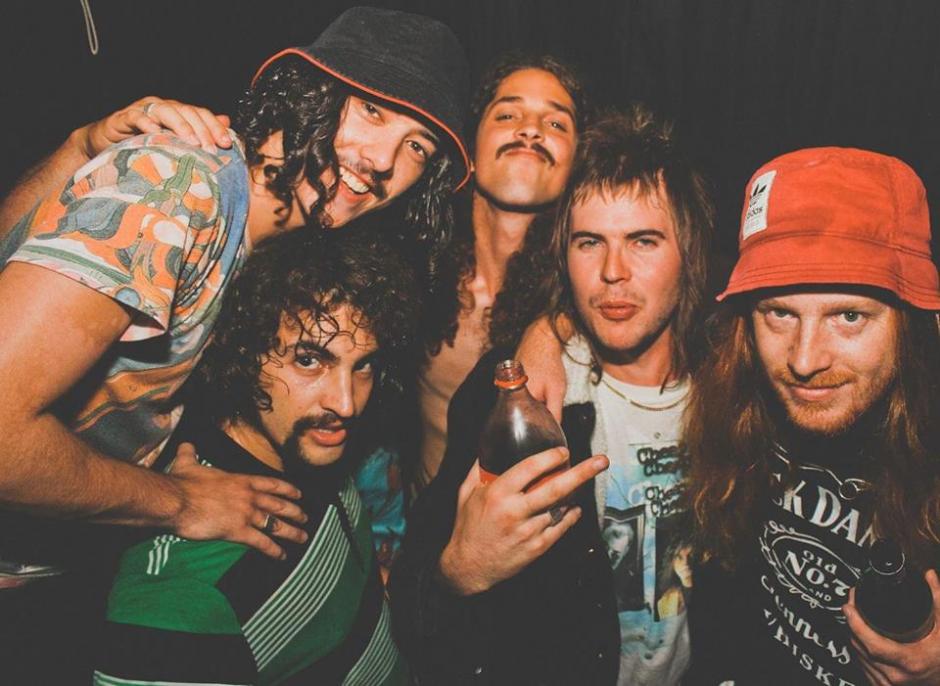 You guys played at Splendour on Saturday, how was that?

I was just really proud of all the boys for not getting in any trouble this weekend. Like we managed to spend the full three days at the festival and everybody was on their best behaviour. We managed to not piss off anybody. And we didn’t play half bad either. I had this horrible vision in my head of like Dylan or Beaker or somebody just like metaphorically running around the backstage provisions just like burning bridges left, right and centre. You know what Australia can be like once you start fuckin’ around.

You didn’t have to write any apology letters then?

No, nope. I think the band has done a lot of growing up over the past couple of years of touring.

Yeah, it was fucking wild. It was incredible. It was so nice. We were standing backstage and just sort of watching these hoards of people come in from tent city over the hills. It was a fuckin’ terrific vibe. And then at the end we blasted confetti into the crowd, and then, like a puff of smoke, everyone was gone. It was a real statement gig for us, to get that many people out who gave a fuck.

Did you have any weird fan experiences or anything?

Nothing too weird. Just more sort of fan girl stuff going on than we’ve experienced before. Especially with Dylan. Like I was hanging with Dylan a lot and we went to go watch our mate’s band, DMA’s, play on the Friday. We tried to watch out the front and Dylan just got like absolutely mauled, so then we went and watched the gig side of stage instead because Dylan’s pretty shy of that kind of stuff as well - he doesn’t really handle it too well.

So you’ve got Land of Pleasure being released this Friday, which is awesome, and it was the Triple J feature album last week. I watched that Deep in the Land of Pleasure mini documentary, which was cinematic brilliance.

Yeah, it was all cam-corder footage

It was really good! And in that you said, quote, “It’s a fuckin good album”. What exactly makes Land of Pleasure a good album?

Well I guess it starts with comparing it to the last album, Caress Your Soul. In which that was the first time we’ve ever recorded, and while we were recording it we didn’t even realise we were recording an album. And even if we did, that wouldn’t change the fact that we had no idea what the fuck we were doing. I mean, I look at some other bands and some mates’ bands who are starting fresh - DMA’s being a good example of that, and I have a mate’s band called Green Buzzard, and I guess the only thing I’d be envious of is that they’ve all been in lots of bands before, and they’ve sort of learnt the game and now they’re starting as a new band. Whereas Sticky Fingers has been a band for seven years, and so we’ve worn all of our mistakes on our sleeves as we’ve gone. And so you look back in into our back catalogue and see apology letters and just dodgy-ass press shots and videoclips and stuff, ‘cause we’ve been learning and growing together as a band as we’ve gone, and that’s kind of the beauty of the band too. But I guess this album is sort of an accumulation of travelling and touring the world and just sort of learning what works and what doesn’t and refining and defining our sound. This album’s probably our proudest bit of work to date and we can’t wait to get it into people’s earholes.

With the album art, what’s the story behind that? It’s incredible.

It was a mistake! The album cover was a mistake. Dylan’s mum lives up in Queensland these days on the Gold Coast and he hadn’t seen his mum in quite a while and so pretty much just after we finished recording the album, which was recorded up in the hills in Byron. It was a magical month, it was really beautiful we sort of lived on this ranch and just recorded and ate tropical fruits and enjoyed many delights for the month. But yeah we basically just dropped Dylan over at his mum’s house and he was pretty wired and he sort of like flopped down on that red couch and this new little kitty jumped on him, then one of his mum’s friends just took that photo. Then I just sort of saw it and just framed it and just went ‘Oh wow. Fuck yeah. It’s done’.

My dad plays music as well and I showed him where you guys recorded the album - I think he was pretty jealous.

It was sort of the most luxurious experience that we’ve had recording an album. Before that it was more just in mate’s garages and cheap studios around town and stuff. Like I sort of said in that mini doco thing that you checked out, what we did was we wrote all the songs first and rehearsed a fuck load back in our garage, because we all live in a house together, in Sydney, and then we went up there and sort of got loose in this place. But we wrote and rehearsed all the content first and then we put all the expression and little magical touches up there.

You know how for Caress Your Soul you had videos for the majority of the songs, are going to be doing the same sort of thing with this album?

Yeah and video clips these days are also really important due to the age of the internet and everything. We’re sort of lucky enough to be a band that’s sort of backed by radio and you guys and lots of other stuff these days, but… the internet’s still a very powerful thing. You look at like, to give a bit of an example, someone like Kerser… who’s someone who’s had no backing whatsoever except just doing his own thing on the internet. Good on him, it’s working for him and stuff. But yeah, people love video clips and we like making them so we’ll keep making them, for sure.

So you’re touring again starting in September where you’ll be going back to Europe. What are some of the main differences between the Aussie crowds and European crowds?

When we go over there it’s sort of funny because you go to Europe and over all Europeans seem to love Australians. And so when you go over there you’re sort of like a bit… exotic, just for simply being Australian, I guess. And we can kind of have everybody going that we’re all pro-surfers and shit over there, whereas over here, back in Australia, we’re not fooling anybody on that front. We’re just a bunch of white boys from the inner-west.

When you guys are writing songs, what’s your usual process?

There’s always an original inspiration, but that’ll be different every time. It’ll either be that Dylan’s come up with a guitar riff and we’ll build on that, or I’ve just been like in the shower or something, singing a little melody and then Crabs’ll figure out the chorus to go with it and lay it down. Sticky Fingers is very much a band of communism - everything’s very lickety split down the middle, everyone’s very equal and brings their own element to the table. I think that’s largely why it’s got its own sound I guess, because you’ll hear on this album, the band sort of continuing to export different sounds. We’re lucky enough to sort of still have that, you know… you’ll hear Dylan singing or you’ll hear Seamus’ guitar sound and it’s instantly recognisable as a Sticky Fingers song, if you know what I mean.

What do you think is the most important component when it comes to making music, or just being creative in general?

I think it’s really important to have rocket fuel. For instance, I reckon I’ve written some of my best songs when I’ve been feeling the worst. You know, if I’ve gone through some kind of harsh break-up or something of the like. Yeah, you need fuel, you need some fuel. You need something to care about, something to feel and express through it that other people are going to sort of take into their own lives and build their own stories over.

Yeah, I think that’s the beauty of music. Alright, I have a bit of a weird question. What would you say is the Sticky Fingers mentality? Like, if Sticky Fingers was one single person, what would their outlook on life be?

Fuck. You’re asking the wrong guy ‘cause I wanted to be a musician and be in a rock and roll band ever since I saw Bill & Ted’s Excellent Adventure when I was like 5 years old. I remember Seamus, he saw Spinal Tap when he was quite young and didn’t even realise that was a mockumentary. He just thought those guys were fucking cool. So I guess we’re very much believers in rock and roll mythology. We’re just having a crack at living our own version of the dream. And yeah, we’re all just best mates. Best mates having a good time so I guess that’s the sound that comes out. Like, we live for being on the road and looking after each other and making music together I guess, as cheesy as it sounds, that’s what it is - rock and roll mythology.

Just wondering, what was the last gig you went to?

I guess I went and checked out some gigs at Splendour. I was really stoked, I met Sam, from Future Islands. I just came off stage feeling all cocky ‘cause I’d just played that show and walked up to him and go ‘Hey man, I just wanted to shake your hand ‘cause I think you’re a sick cunt’ and he goes 'What? A sick cunt, what the fuck?' And I was like ‘Oh sorry mate, that means like, proper legend’ and he’s like 'oh cool, yeah!'. Actually, I’m getting off track here, I guess I could just talk about another gig that I’d seen this year that was cool? I remember me and the lads went and checked out the War On Drugs play at Oxford Art Factory earlier this year. I hadn’t heard of them before. We’d went along to the show and my beer pretty much just like literally slipped out of my hand as my jaw dropped - I haven’t seen such a fucking good live show in ages.

Did you have anything you wanted to end this with?

Just fuckin’ check out the album. Get into it, there’s plenty of flavours on there. We’re back on the road around Australia later in the year and of course Europe as well, also at looking at doing the States and New Zealand too, so keep your eyes peeled for dates there as well. And … keep it real.

CLICK THE DATES BELOW TO GRAB SOME TICKETS/A COPY OF THE ALBUM: 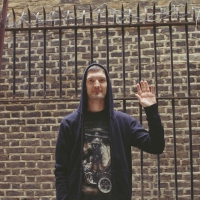 Jonathan Boulet - Gubba Tour/New VideoAfter rolling around Germany for a year, JB is back baby. 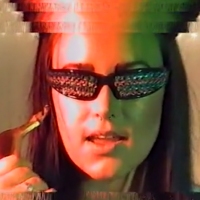