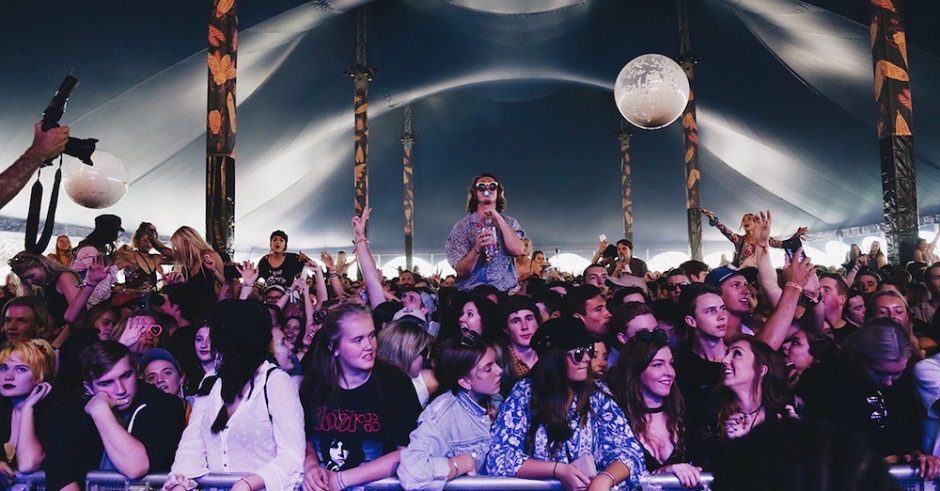 This morning, Groovin' The Moo unleashed another great line-up for the 2018 edition of the multi-state regional touring festival, which will hit up major non-capital cities and towns this April/May. It's your typical run-of-the-mill GTM line-up when it comes down to it, packed full of rising triple j favourites such as Alex Lahey, Baker Boy, Ball Park Music, Tkay Maidza, Winston Surfshirt and Flight Facilities (who, by then, will hopefully be armed with their long-awaited new album) mixed in with a couple of internationals – somewhat surprising 2017 commercial break-outs Portugal The Man, Royal Blood, Aminé and Lady Leshurr among them. Here's the full line-up if you missed it earlier: 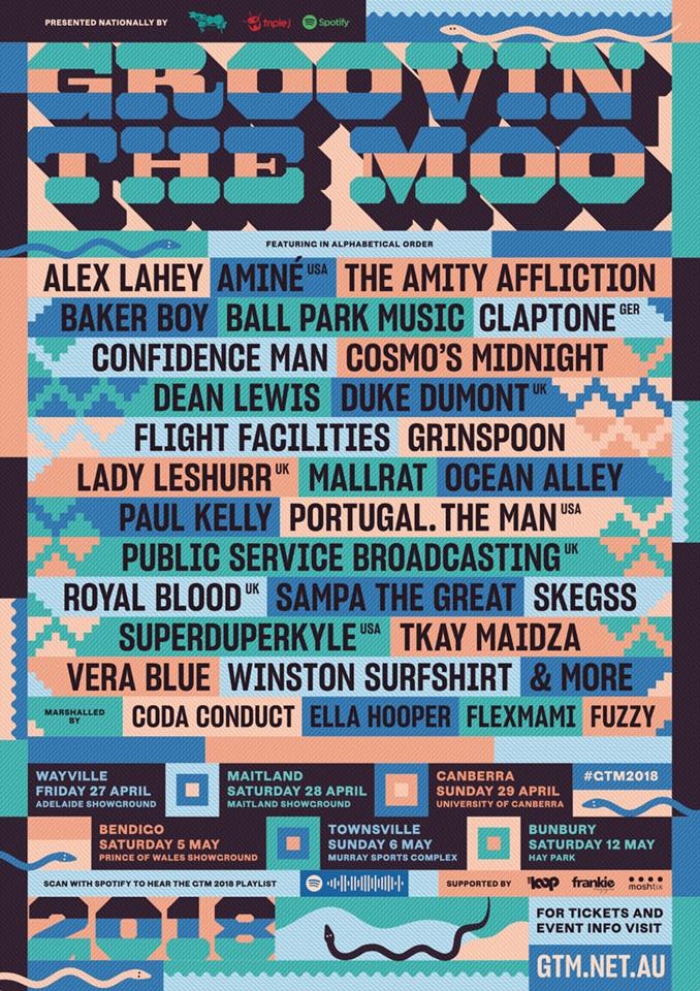 So how does this year's Groovin' The Moo shape up?

As previously mentioned, this year's Groovin The Moo line-up is reasonably safe and expected, continuing on with their triple j-centric booking approach which every year, sees the same handful of acts appear across most the country's big festivals (but hey, if it works, it works). The Amity Affliction, Ball Park Music, Flight Facilities, Grinspoon and Tkay Maidza – 20% of the festival's 25 acts, not including marshalls – have all played the festival's full circuit in the last few years, with many other Australian acts on the bill playing 'local' slots at particular Groovin' The Moo shows on the east coast. Furthermore, acts including Winston Surfshirt, Vera Blue, Skeggs, Duke Dumont, Dean Lewis and Confidence Man have become somewhat unavoidable in the Australian festival market over the past year, performing at Falls Festival, Listen Out, Splendour and the likes. That said, if these are the artists drawing the big crowds at these festivals, it shouldn't really be surprising that Groovin' The Moo have tapped into them as well (and remember – Groovin' The Moo's younger, more regional audience is an almost entirely different crowd to inner-city festivals like Field Day and Listen Out).

Groovin' The Moo's 2018 line-up does include some really smart bookings, however. Despite an already heavy Australian touring schedule, Alex Lahey was a sure highlight of the recent Falls Festival, as was Confidence Man and Cosmo's Midnight – who'll both potentially have new music out by the time GTM 2018 swings around. The Hottest 100 weekend just gone proved that Baker Boy is a force to be reckoned with in 2018, as is Mallrat, who charted higher than expected with the bubbly single Better. There are also some really great internationals doing the regional route with GTM this year. American hip-hop newcomer Animé will be making his Australian debut with the festival, as will Lil' Yachty collaborator KYLE (billed as Superduperkyle). Portugal The Man will be returning to Australian shores for the first time since Feel It Still became a mammoth commercial success, after being a surprising omission from 2017's Splendour line-up. The UK's Lady Leshurr is another risky yet commendable booking.

Then there's the diversity. The inclusion of women, non-binary musicians and musicians of colour is going to be a big talking point for every festival this year, primarily due to the lack of these figures in many Australian festivals in 2016/2017 and very public call-outs thanks to artists such as Camp Cope. Last year's Groovin' The Moo line-up was rather applaudable in comparison to many Australian festivals with 59% of their 2017 line-up being acts composed solely of men, and 76% of their line-up being acts consisting exclusively of white members. This year's gender diversity is less impressive, with 67% of their line-up being solely male acts (compared with 2017 national average of 68%) and only six acts – all solo musicians – entirely composed of women (Alex Lahey, Lady Leshurr, Mallrat, Sampa The Great, Tkay Maidza and Vera Blue). This year's racial breakdown is similar to their 2017 line-up, with 24% of their 2018 billing featuring musicians of colour – all solo hip-hop artists. Here's hoping that their future line-up additions even this out a little.

Groovin' The Moo 2018 kicks off at the Adelaide Showgrounds in Wayville on April 27th, before shows in Maitland (NSW), Canberra (ACT), Bendigo (VIC), Townsville (QLD) and Bunbury (WA). Head to the Groovin' The Moo WEBSITE for more information and tickets. 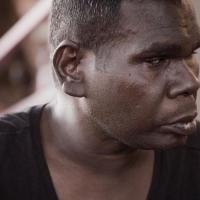 Watch a trailer for the new doco Gurrumul, celebrating Geoffrey Gurrumul YunupinguIt's out in cinemas April 26. 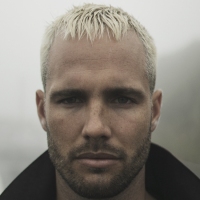 What So Not announces March release of debut album, drops new BUOY-featuring singleNot All The Beautiful Things drops March 9.
News