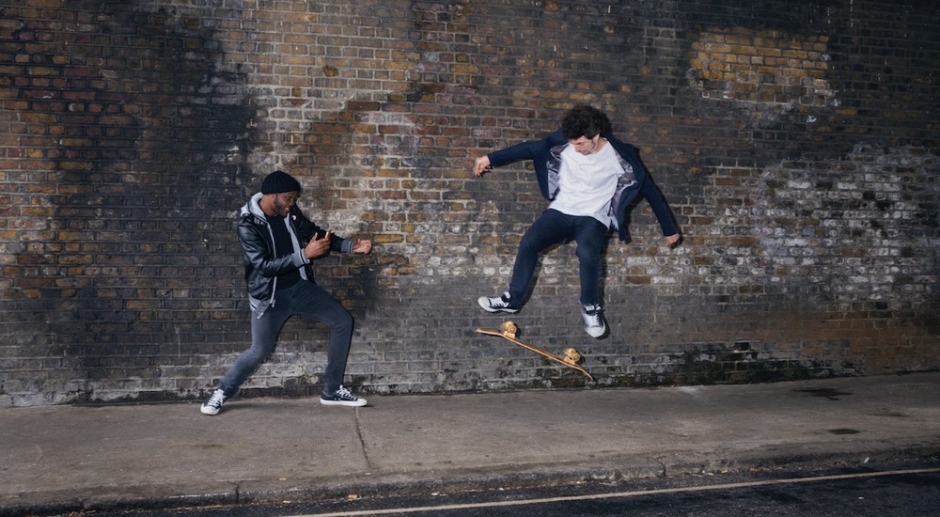 Last Friday saw the release of a new album from a relatively new collaborative project between South London producer Paul White (Danny Brown's go-to dude) and Florida-based rapper/singer Eric Biddines. The project is called Golden Rules, and Golden Ticket is a 14-track release that is steadfast proof this is a team-up that was meant to be. Stream it below via Spotify, and then learn a little about each track from the vocal half of the duo.

1. Auntie Pearl's House: I actually have an Auntie Pearl that passed away. I feel like everyone has an Auntie Pearl in their life; just a sweet lady with an amazing heart. The song itself describes my rural upbringing around the time I was closest to her, the production is the perfect soundtrack for the feeling I remember.

2. The Let Down: We all have people in our lives that in many ways motivate us to keep on. Could be your children, spouse or parents. Comfort can become difficult and without that want to make someone proud, giving up is quite easy to do. This song is that emotional reminder.

3. It's Over: The opening line "Our love is like a rollercoaster" pretty much describes the plot in this song. Nobody's unfamiliar with the task of relationships. I like that in this type of break-up song I sound sure we're done but in the chorus say I THINK it's over. Still uncertain. At the time I was unaware that Paul was going through this when I played it for him.

4. Don't Be: You cant always take life too serious. There's a shelf life on it and it's too short to be acting like a bitch. Smiling even when you don't want to is known to help. Stop complaining and whining and enjoy what's in front of you. Don't be sad, don't be angry, don't be a b*tch.

5. Talkin' Bout: Golden Rules is different, there's no surprise that we come from an innovative cloth. We have a this cool contrast and although it makes sense, a short-sighted person may not get it. That's cool if you have something to say negative, or positive. As long as Golden Rules is what you're Talkin' Bout we are just fine with that.

6. Down South Boogie: Golden Rules are from the South: Me South Florida and Paul South London. This beat had soul and incredible funk and I can't dance but I instantly wanted to boogie. The words came out my mouth instantly and I was able to paint some vivid elements. Probably one of the funnest and easiest song I've been able to be apart of.

7. Never Die ft. Yasiin Bey: On Never Die we are fossilised. One of our biggest fears is not leaving behind timeless music. What made it even better was the fact that a timeless artist (Yasiin) blessed us with an amazing verse to stand out as the album's lone feature.

8. Fogged Window: There's a journey each and everyone of us uniquely travel. Not one single footprint is traced and on that path there's skies not as bright as others. And on those rainy days you have to not let the fog cloud your judgement.

9. Holy Macaroni: Holy Macaroni is a fun dish. The drums where laid so creatively that the words came out randomly. If one meal could be holy for me it's definitely macaroni. I was hungry recording this and when Paul sent me this beat my appetite was gone.

10. Making A Move: The first time I met Paul we drove over the London Bridge. I remember the song as a child and the image stuck in my mind. I imagined this mythical man that granted you access across the bridge if you can tell him about your life. So I was really just talking to this guy in the verse and realised I had wrote some really good lyrics. The song itself outside of its origin is really wise. I have an old soul.

11. Play Some Luther: I grew up on Luther Vandross. It was all my parents would play. It wasn't until later I realised how important Luther's music was to the male and female reproductive system. A lot of humans where made. The mood of this record is sexy and puts you in that arousing state of mind. I recommend having the proper contraceptive before listening to this song. Mara Carlyle contributed some beautiful supporting vocals and played the singing saw on it. Very rare!

12. Life's Power: The title is self explanatory. Golden Rules are healthy to listen to. And we always want to inspire and promote positive life. The power of life is the ultimate purpose. The lyrics are pretty mythical. Im a fan of myth. If you're up to deciphering hidden gems this is the go-to song.

13. Golden Ticket: This is also the title track to the album. The golden ticket is access. Not just access to this album but access into whatever you want to accomplish in life. I talk about compelling conversations that I have with the world, all due to what I was granted by projecting the proper energy.

14. Any Weather: Myself as an artist I'm really confident. The process and direction of this album pushed me outside my comfort zone and I was happy because I don't think I was aware of my wide range of capabilities. I think in Any Weather I could pull off something incredible. Confidence played a huge role in us putting this debut together. The chorus challenges anyone who assumes it's easy what we do to give it a go.

Golden Rules' Golden Ticket is available via iTUNES and/or SPOTIFY and you can follow Golden Rules on FACEBOOK. 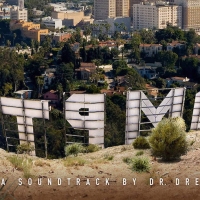 Review: Dr. Dre's Compton: A SoundtrackStraight Outta Nowhere and we're all the better for it. 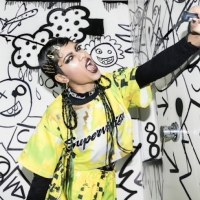 Listen: Ecca Vandal - Father Hu$$laEcca Vandal’s third single will slap you just as hard as the rest have so far.
Rap / R&B