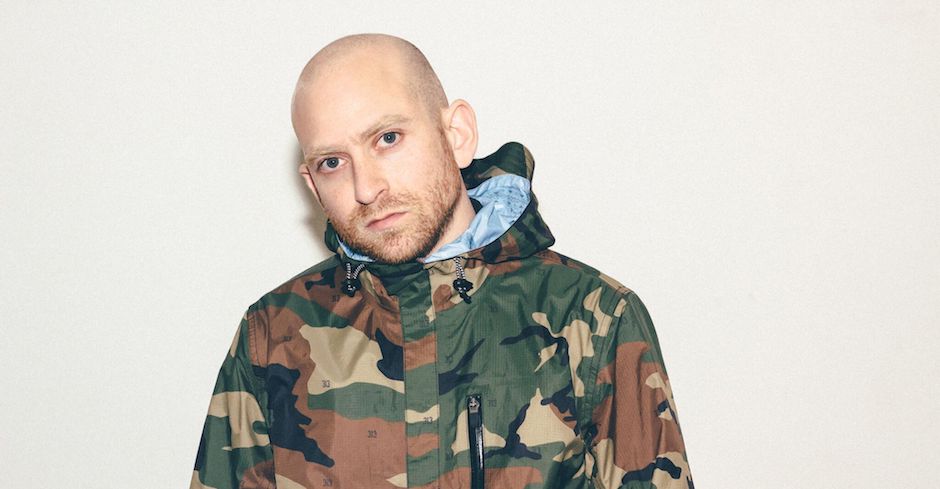 Although no stranger to Australia's bountiful hip-hop scene, Sydney rapper Rapaport has been flying under the radar for a while now, something he's set out to disrupt with his full, second album Village Idiot – out now. "The songs on Village Idiot were written mostly for me, kind of like a tool to unpack and overcome the issues of stress and anxiety that I was going through," Rapaport explains on the record. "I wrote the songs like positive mantras, so no matter when I'd perform them, even if I was the only one there, they were songs I wanted to play and lyrics I needed to hear." The album, out now, is very much a cathartic release for Rapaport, with instrumental backings by names including Ribongia and Kid Fiction directing Rapaport's smooth vocal flow which is quickly becoming one of New South Wales' most celebrated (he was nominated for an FBi SMAC Award for Best Song in 2016, and has been loved by the community radio station ever since).

He's going on a big ol' Australian tour over the next few months supporting Butterfingers, so in anticipation of the tour (which you can find the full dates of below), we got the man himself to give us a track-by-track walkthrough of the record and everything it encompasses – from the themes and stories of the album to the making of the album itself. Check it out below.

This is my "welcome to the show" intro song: grab a seat, relax, get comfy. Like a slice of fresh ginger before a mouthful of sashimi, I wanted this song to be like a palette cleanser, before the main event. Old mate P. Major from my group Loose Change basically Stevie Wonder-ed the whole tune, playing keys, bass, guitar and MPC live.

What you call it, Garage? As soon as Kid Fiction played me this beat, I knew it had to be on the album. We tried to pay respect to the simplicity and crispness of classic garage but keep the story and lyrics up front. It definitely walks the line on the cheese meter between camembert and gorgonzola… and that's kinda the point. The hook came to me one night after a gig in Newcastle. I'd finally been paid decently for a show and instead of putting the cash in my wallet I'd shoved it straight in my pocket. It was only on the train home that I realised it had fallen out later in the night and, sitting there empty-handed, I felt as if every time I got a break, something would happen. Something would fuck up again.

I've been writing grime tunes for while now and in the past I'd generally stuck to the genre's "boast rap" tradition, but I wanted the songs to have more meaning behind them on this album. The difficulty with this is the lyrics still need that intensity to sit over a heavy grime beat, so not just any theme is gonna work. Also, I like word games and liked the challenge of writing four verses each based around the questions "How, Why, Where and When?". I tried to look at each word from a whole bunch of different angles. Questions I ask myself and questions other people ask me. Questions with no definite answer. Solid, clean production by UK born, Melbourne based, Arctic from the 50/50 crew.

Lost In the Frequency

This is the only song on the album where I didn't change the arrangement from the original beat demo. With this beat from Kid Fiction, everything just worked so well and I had no need to alter it. I think I wrote the hook walking around Northcote, while I was working on some of the other tunes with Melbourne producers. I love writing while I'm walking, especially in a different city. It's just fun being outside of where I live and feeling a bit removed from my everyday life. I wanted to take the listener down that gutter of anxiety a lot of us fall into and then drag myself - and the listener - out at the other end. It was cathartic to write and, on a personal level, verbalising these feelings in the song has helped me recognise when I'm getting stressed out. It doesn't "fix" it but it's definitely part of the process. I had a few stressful years with relationship breakdowns, financial woes and the like, but I've managed lately to really minimise the amount of stress I am feeling. A lot of that is down to me stepping back from certain label responsibilities, reducing the amount of creative and business projects I had going on, and doing positive stuff like playing and writing music, swimming and taking time off to relax and chill out.

I'm not gonna lie: starting a record label with a bunch of mates, when no-one really knows how record labels work, probably isn't the best way to get into the music industry. There has been some difficult times but, at the end of the day, the drive for me and P.Smurf, who still runs the label with me, has been to help support our mates and be part of a thriving creative community. The video for this was such a blast too. Big ups to director Gabe Gasparinatos and everyone who came down, especially the real star Aki!

I've been a massive fan of Joelistics since I heard the first TZU album. Over the years, we've crossed paths and hung out a bunch of times, including in Germany, and I'd always wanted to work on a song with him. Of all the MCs in Australia, Joel was one that really had a profound influence on my style and delivery. When we decided to start a song together, Joel sent me a bunch of beats to listen to and the chords of this one stuck out. The sound and tone of the song differs from the rest of the album, but this was so much a part of the time I was documenting that, for me, "Don't Sweat It" made sense. It was also amazing to have Mojo Juju - who I'm a big fan of but have never met - sing backing vocals in last chorus.

What I Got ft. Billie McCarthy

It feels like this song came out years ago. Oh wait, it actually did… Damn, albums take a while to get done! Was so much fun working with Billie McCarthy - back in the day, we used to play in a band together - and the party general himself, Ribongia.

This head-nodder special from P. Major just deserved the full treatment from the posse. We didn't really have a plan about where it was gonna go but it ended up being a bit of a roast at my expense, which was fine by me. My best mates in the world are the guys I rap with, and everyone stepped up and delivered. Tenth Dan is from another dimension and his verse on here is proof.

Mantra has been setting the standard of technical lyricism and clean delivery for rappers in this country for some time, and he is also genuinely one of the loveliest dudes you'd ever meet. We've been crossing paths around rap shows for about 13 years, so it's good to finally collab on a tune. Ribongia delivered another heater here. Turn up the subs!

A love song for a love affair that never happened. I felt like a bit of a weirdo writing this tune and admitting to some of the things that go through my head, but after conversations in the last year it seems I'm not the only one, which is both heartening and a little scary. Kid Fiction's synth chords made this tune.

This tune started with the chord progression, which I'd been playing on guitar for years. I brought it to P.Major and he played in the rest of the instruments and took it to a whole new level. Inspiration on this tune came from 70's Nigerian synth pioneer William Onyeabor, RIP. 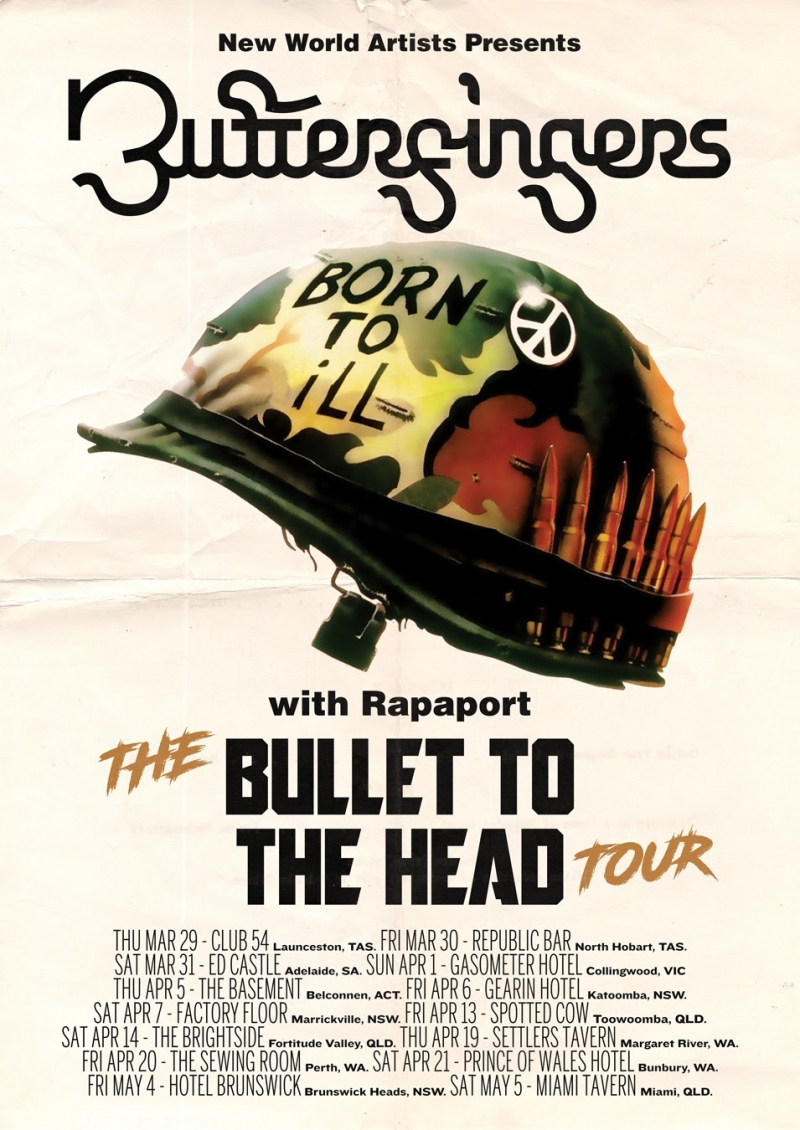 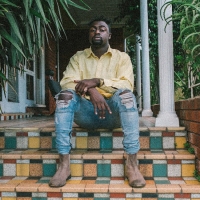 With his exciting new single WOW, it's time for you to meet KwameThe Sydney rapper teases his sophomore EP with a fire first cut from it. 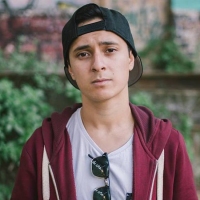 Premiere: Meet exciting young rapper DOBBY, and his debut music video for PeregrineWith a heap of huge shows coming up, the stage is set for a massive 2018.
Rap / R&B