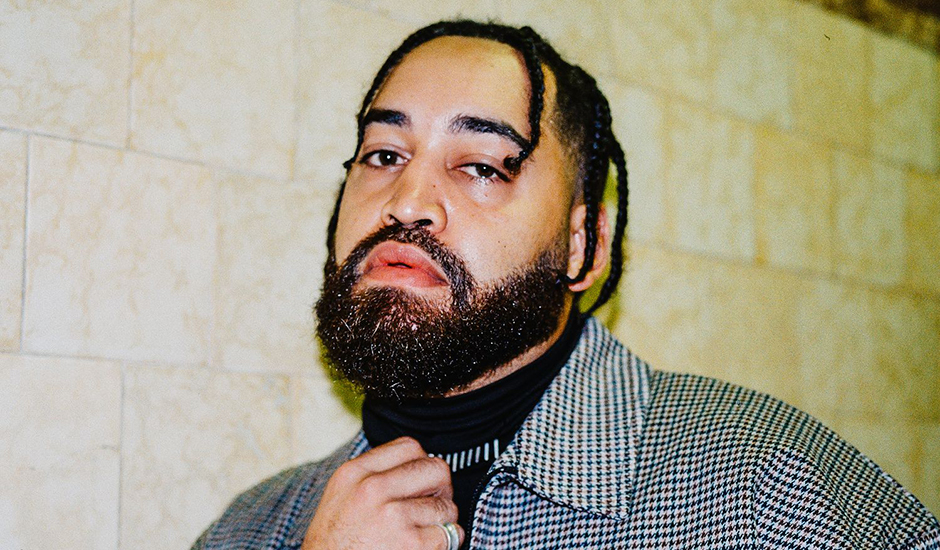 With his debut album (2018's Area Famous), it looked like B Wise was having his moment. The album was a defining introduction to the south-west Sydney rapper, empowering his story - one he shares with many from the multi-cultural and diverse Sydney region - while demystifying his sound through the process of doing so. It was a succinct and focused record that presented everything that B Wise wanted to become synonymous with both sonically and lyrically - a one-stop showcase of his vision that by the time you finished, would have you well-versed in everything he had to offer.

In saying that, if Area Famous was B Wise having his moment, then... we simply don't know how to explain jamie, the rapper's second album. It's an album that builds on the introduction that Area Famous offered, bringing you further into his world and the journeys that influence and inform that world, all while deeper exploring the evolution and growth of his sound more musically speaking. It goes leaps and bounds beyond what we've already heard, an album that captures B Wise hitting his stride and finding new peaks - no matter what the benchmark was set as through album number one.

Diving into jamie, you're quick to get an understanding of what we mean. From top to bottom, jamie is enriched by everything B Wise feels synonymous with as a hallmark rapper of Australia's modern-day. It's reflective and inward-looking lyrically, seeing B Wise break down the confines of his past, present and future to move forward as someone victorious - someone who understands how one's journey inflicts on their personality, and how that informs everything they do and everything they write as a musician.

Take the album's headline collaboration with ONEFOUR, for example; Won't Stop being a "celebration of hard work and continuity" that shows how two forces from Sydney's west continue to empower and uplift those that see themselves in the two parties. "We’re two acts with a similar goal of pushing Australian rap far beyond our shores," he said with the single's initial release. The album-closing highlight Ezinna provides another example, sporting B Wise and Sampa The Great connect over the connection to home, family and culture amongst an uplifting production by Milan Ring.

There's also jamie's sound and the evolution and experimentation of B Wise that becomes traced out when you contrast jamie to Area Famous from B Wise's past. Jamie has a broad spectrum of sounds that dance between different cultural palettes, in what almost feels like a sonic reflection of the multi-culturalism that uplifts and supports B Wise in his south-west Sydney home. With executive producer UNO Stereo guiding him, B Wise segues between different productions and beats as jamie draws longer, showing his versatility in sound and the confidence B Wise exudes regardless of the exact genre or sub-genre he's working within.

This versatility is really where a lot of B Wise's growth post-Area Famous shines best - and something that became a core goal within the album's creation, as the rapper himself explains. "From start to finish this project shows every element to my personality," he says. "It feels like a re-introduction and a new chapter in my journey. I set out to also bring together and celebrate community, which I think we executed. Sonically anyone listening will hear the growth and I’m just personally proud of what we put together with the obstacles 2020 and 2021 put in front of us."

Enlisting a host of guests to pull off his end goal, jamie is a victory lap for B Wise that isn't so much a re-introduction as it is a re-affirmation of B Wise's throne at the upper echelon of Australian hip-hop. Furthermore, it's an opportunity to support and discover those who find themselves amongst B Wise in that upper echelon, from the well-known guests - ONEFOUR, Sampa - to those teetering on the edge of their breakthrough moment, such as JessB, Becca Hatch and Juve.

Listen to jamie below, and underneath, read about the album's journey through the voices of his collaborators; UNO Stereo, JessB, Milan Ring, BLESSED, Aywy, Mansus, SmokeyGotBeatz and Sampa The Great talking about their role in jamie and B Wise's ever-present dominance amongst hip-hop's new frontier.

The collaborators of B Wise's jamie, on the album's creation and impact:

"Wise has been like family to me since way way back, we’ve worked closely together on many songs over the years but we approached this album (jamie) a little differently in the sense that we had no pre-conceived notions of what the music should sound like or what world we wanted to fit into. The bulk of the album was made in a house in the Blue Mountains (right before COVID btw) that we rented for a week with some of our closest collaborators, so every song was an organic process of seeing what sounded good -to us- in that very environment.

We made songs that felt good if you had a jumping house party, songs that you would play only with your significant other, and songs you’d play alone at home on a Sunday afternoon while you cleaned up the mess from the aforementioned house party the night before lol. Because Wise & myself have a very comfortable working dynamic where we both trust each other's ideas wholeheartedly, it means we can be truly honest in what we want the songs to say - lyrically and sonically. And that's really the core of the whole album." - UNO STEREO

"Wise was one of the first artists I met when I started coming to Sydney. We had talked about doing something together for a while! Covid meant that we weren’t able to work in the studio together on this song, but it is an honour to have worked with him on this banger for a NZ / Aus linkup :)" - JESSB

"Wise really created such a collaborative community on this album. He messaged me, "I’ve got a huge house in the mountains and there’s a bunch of us here writing my new album come!" I planned to drive over for the day but the energy of everyone writing in different spaces & being free from distractions was super inspiring so I stayed for 3 days, co-writing/producing 3 tracks for the album. U Say, Black Visionary and Ezinna which Sampa & I are featured on.

The Ezinna session had so much energy! Wise started playing me some West African guitar music he’d been listening too, so I jumped on the guitar and wrote the riff which really drove the rest of the track. Then jumped on the bass with Unostereo producing the beat & Wise vibing out writing his verses ~ Wise, Uno & I writing the hooks together. It came together super quickly, such a memorable session & night and then hearing Sampa send her verse back just took the whole song to the next level." - MILAN RING

"B Wise has always been an inspiration to me and many other African Australian artists. He invited me to his album retreat in the blue mountains, I drove up during a storm for one night and we made our song together Black Visionary with Unostereo & Milan in the living room of the Airbnb. While everyone was having dinner I was so inspired I didn’t eat so I recorded the chorus and I remember hearing everyone laughing from the other room when I hit the wrong notes haha it was such a comfortable and fun environment." - BLESSED

"The initial beat was made at the end of 2018, I was experimenting with Bollywood samples at the time, I whipped it up in the first session I had at Universal. Travy P invited me down. Mira [BLESSED] & Manu were making shit in the other room. Fast forward to early 2020 and I had a sesh with Wise with Mo sitting in and I ran through a heap of beats and he stopped and turned when he heard this one and was like "run that one back again!" then started mumbling the foundation for the hook out loud while moving round the room. I fired up the mic and had him lay down initial freestyle ideas and he sent me a version with lyrics & beat cuts (solo added these) a few weeks later. Jess B’s flowed off Wise’s part effortlessly. Couple months later and I get word it’s on the project so that was pretty cool!" - AYWY

"Working with Wise is always a vibe. I’ve been a huge fan of his records for a minute so to have a song with him on his latest album is crazy to me. Wise and I got in the studio together for the first time and made 3 songs in one night; one of them being Apex. I produced the beat for Apex on the spot using a loop sent to me from my producer friend R.F.P and Wise wrote the whole song within a matter of hours. He has an incredible way of feeling beats and writing lyrics and flows that gel so perfectly. I can't compare him to anybody I’ve worked with before, he’s just different… Wise turns beats into anthems; and now we got an anthem of our own together, Apex." - MANSUS

"I sent a pack of beats over to B Wise and the bro hit me up later that week and said he’s writing to one of the tracks with ONEFOUR. Next thing he was FaceTiming me from the studio with the boys and they had laced verses on it. Really shows the work ethic of Australia’s finest as this joint came together in such a short amount of time and I am gassed to a part of it." - SMOKEYGOTBEATZ

"I think a beautiful thing to know about Wise and I is we knew each other from a while back when I stayed in Sydney. I’d go to the crew's studio with Manu, Blessed, Ziggy, Solo and his little brother Tii, who was teaching me about producing beats at the time and we’d kick it. Everyone in their own rooms recording their music, it was like one big musical house. We’ve grown soo much since then and this track is such a beautiful tribute to that journey. An ode to what makes us who we are in all our elements, including most importantly, our beautiful and proud African roots!" - SAMPA THE GREAT 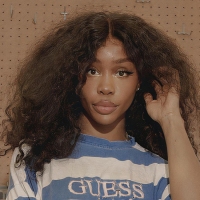 Listen to three surprise new songs from SZA: Nightbird, I Hate You and JoniUploaded onto an anonymous Soundcloud account, fans think the three "random thoughts" - as she called them - comes with a tease of her next album. 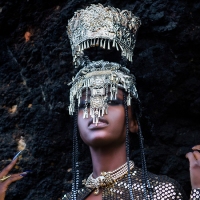 Meet Akosia, the Ghanian-Australian creating beauty with her new song, BetterThe Melbourne-based musician's new single sees her strive for new heights, and reach them with a ferocity you can't get enough of.
Rap / R&B