The trajectory of Tones And I always felt like a difficult one to trace.

Her debut single Johnny Run Away felt like the beginning of a potential moment, and an introduction to the prowess of Victorian Toni Watson and her notorious story of musicianship that spans from chance busking encounters in Byron Bay to her having one of the biggest international pop hits of 2019. It's a story you're likely familiar with already (so we won't go too far into the details of how it all happened), but it's an important one, if nothing else because it shows - for the first time - that Tones And I is a musician whose next move is always unpredictable.

This unpredictability is something that seemingly ran true following the release of Johnny Run Away too. While her debut had all the hallmarks of a future hit, its follow-up single Dance Monkey exceeded commercial expectations to become one of the biggest success stories of the streaming age, throwing Tones And I not just into the limelight of international pop, but its complex relationship back home, and the tall poppy syndrome that seems to irk any Australian musician finding a footing in international water - let alone one to this scale of success.

Her debut EP The Kids Are Coming seemed to be a way to prove her place amongst pop's newcoming upper echelon, not that it needed to be proven. The EP's six tracks were a highlight reel from her last years, capturing the heights of her detailed musicality shown through her instantly recognisable sound, right through to the contrasting darkness and hope that swept amongst her melodies; how a song like the EP-opening The Kids Are Coming expresses hope for the future with the same conviction as a song like Never Seen The Rain goes deep and dark.

In a way, the EP felt like a perfect extension onto what was already out there from Tones And I; full of the energy and charisma that people got swept up in through the success of her earliest singles. But, through another lens, there's a depth and underlying heaviness to The Kids Are Coming that you wouldn't expect from the same person that put out Dance Monkey - a song which on the surface level, felt almost like the most joyful and happy-go-lucky hit of the year.

There's unexpectedness to almost everything Tones And I does, and in the time since The Kids Are Coming, she's showcased that in realms well beyond just the surface-level sounds of her music. One minute, she was stripping back Dance Monkey to its bare-boned subtleties. The next, she'd be dressed up as someone three times her age, playing golf in the Ur So F**kInG cOoL video clip. At one moment, she'd cover Youth Group's Forever Young (a song just as hopeful as The Kids Are Coming); then, she'd dedicate a song to her departed close friend King T; after that, she'd be dressed up a horror villain, in the cover to her single Won't Sleep.

The unpredictability of Tones And I's work is perhaps one of the only things present in everything she does, as well as it all being a byproduct of her own creativity - the musician being a present force in her music (obviously), but also her visuals, partnerships, activations, and beyond. It's something that links it all together; something that allows a song like Cloudy Day to live in the same world as Won't Sleep's cover art or the alternate versions of Fly Away and Never Seen The Rain, which showcase the well-known songs in a new, unexplored light.

It's also something that becomes a strong talking point in regards to Tones And I's debut album Welcome To The Madhouse, which arrived last Friday. It's a 14-track exploration of Tones And I's musicianship and the genre versatility that shines within it, capturing the heart of her sound and its ability to transform from subtle and stripped-back dark pop to moments more victorious and hopeful; a breadth of pop, indie, electronica - even hip-hop - filling up the 45-ish-minute confinements of the album's duration.

Welcome To The Madhouse is full of those moments; those moments where Tones' creativity flies free of genre. Just A Mess is piano-led electro-pop that shines with that classic Tones And I edge, but it sits alongside two far different songs in Sad Songs and Child's Play, which bring deeper range to Tones' discography. The album-closing Bars is perhaps the most unexpected and head-spinning of them all, being an all-out descent into hip-hop that features Tones in rap mode - showing yet another side of Tones that you likely wouldn't have picked from what we've already heard.

The other place in which Welcome To The Madhouse feels its strongest is in its lyricism - somewhere Tones And I has always seemed to excel. The creativity of her lyricism is something that initially brought people on board the Tones train - how she can make dancing monkeys act as a metaphor for busking culture, for example - and on Welcome To The Madhouse, it's an area in which Tones seems to relish in; creatively bringing the themes of each song and the greater record to life.

Welcome To The Madhouse paints quite the inwards-looking picture of its multi-faceted creator. Songs such as Just A Mess centre around love, while many of the album's moments - Sad Songs, Fall Apart, Bars, Cloudy Day - revolve around the death of her close friend T, whose presence on this record is perhaps the most prevalent aside from its literal creator. "I don't understand the way it happened / I guess I take these things for granted / I don't think that you take advantage / And now you're gone, I'm in a panic," she sings on Sad Songs.

Then, there are the high moments littered amongst them all; the flickers of hope and perseverance that has always found a home in Tones' work. Take Westside Lobby, for example, a celebratory and somewhat light-hearted delight that sees her build herself back up after being constantly dragged down by the public time and time again: "I'm so over people saying I don't look right / There's no place for you in music's all I hear / But my song went number one in over thirty fucking countries / And I'm sorry if that offends you, my dear," she laughs.

"This album for me is very up and down and reflects forever changing emotions in me," she says on the record. "There are songs on the album that were written before Dance Monkey, about not knowing if busking was right for me. There are songs about my good friend T passing away and not wanting to deal with those emotions.  The ups and downs of life in lockdown and the mental challenges/struggles. Some songs make me laugh and some make me cry but there is no running theme or vibe to the album. The songs are unique to how I was feeling the day I wrote them."

All in all, Welcome To The Madhouse is a record that seems to encapsulate the transformations of Tones And I since her entrance; the transformations in sound, creativity and lyricism that underpin much of her growth and evolution. Welcome To The Madhouse is one hell of a way to show that off too, being a career-defining moment that rounds up an exciting chapter for Tones and has her eyes focused forwards, looking to what's next; what sounds, what creative direction, and what experimentalism she'll set her sights onto next.

Looking forwards to what is next seems to be Tones And I's greatest skill, enabling her to always have a forward-thinking embrace of her creativity and how she manages to show that on records like this debut album. It's unexpected and thrilling in the best of ways, and if that's something Tones And I is able to continually bring us even in her next chapter, then we have a feeling this isn't going to be her only successful affair - there's plenty more talent here to unearth.

Take a dive into madhouse of Tones And I's debut album above, and make sure you grab yourself a copy here. 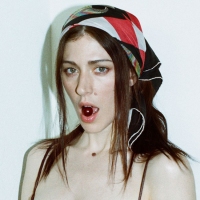 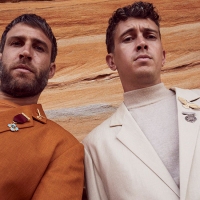 Could Flight Facilities' NEVER FOREVER mixtape be a hint of a new album?Originally airing back in June, we also take you behind the scenes of the one-time exclusive stream from Australia's favourite pilots.
Electronic