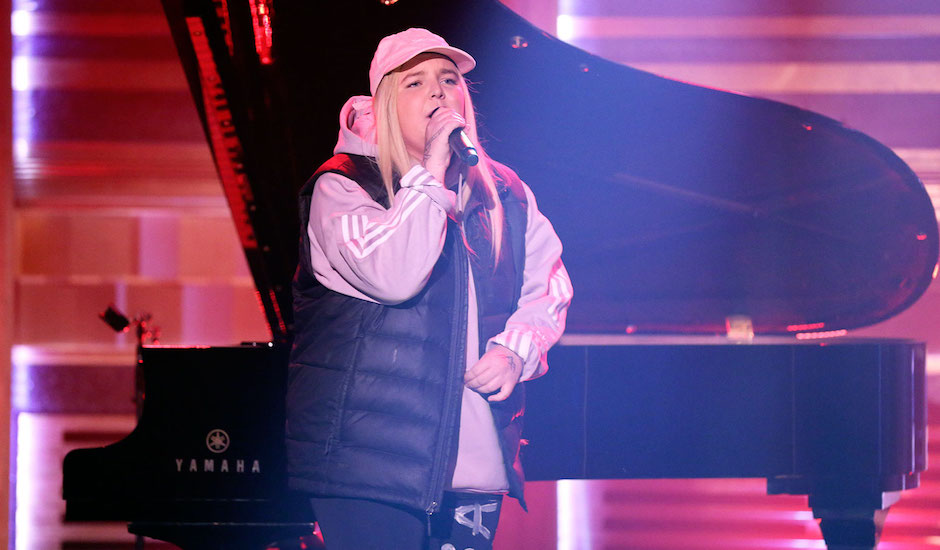 Australia has a complicated relationship with musicians who go global, especially when it comes to women. While artists including Tame Impala, Flume and RÜFÜS DU SOL are praised for their international expansions - headline Coachella performances, sold-out arenas, GRAMMY wins and Billboard-charting singles among them - others, women primarily, are criticised and dragged through the mud. Just look at the country’s receptions to some of our current-biggest female and non-binary musicians, who have each grown into international heavyweights over the past few years rivalling that of those names above: Alison Wonderland, Tash Sultana, Courtney Barnett, Tones And I and so forth.

It’s disappointing because many of these artists are having incredible international wins that no other Australians have had in decades. Alison Wonderland (and fellow Australian ex-pat Anna Lunoe, in the same year) was the first solo female to play the Electric Daisy Carnival (EDC) main stage; Tash Sultana sells out venues in Europe and the UK with capacities comparable to the world’s leading stars; Courtney Barnett is an indie darling and a shining vision of Australia’s DIY community on an international scale; and Tones And I is breaking records left, right and centre. For the latter in particular, not since Gotye’s Somebody That I Used To Know in 2011 has an Australian artist been so commercially popular on an international scale.

Over the last twelve months, Tones And I has become an interesting - albeit disheartening and at-times frightening - example of Australia’s ‘tall poppy syndrome’, and its intensity against females in the commercial public eye. Her story is today well-known: She travelled to Byron Bay to busk, where she was discovered by her now-co-manager Jackson Walkden-Brown, who pushed her into busking full-time around New South Wales and Queensland before eventually releasing her debut single Johnny Run Away in February this year. It’s a rather typical story familiar to many once-busking musicians - including Tash Sultana themselves - but one that quickly grew into an entirely different beast.

The last month particularly has proved Tones And I’s continued dominative success, largely in the hands of her runaway second single Dance Monkey. In Australia, it’s the longest-running number-one single of all time (currently at 16 weeks atop of the ARIA Chart) and seems to be picking up speed at a weekly place, while in the UK, she’s spent seven weeks at number-one of the Official Chart - the longest-running female-fronted number-one track since Leona Lewis’ Bleeding Love in 2007 (12 years ago!). She’s been number one in Norway for 13 weeks; New Zealand for 10; Austria and Switzerland for 8; and just charted on top of the official Canadian charts this week.

In the US, a notoriously difficult market to crack as an Australian musician, she’s might just have a top-ten hit before the year’s out. Last week, Dance Monkey rose 18 spots to number 23, and following her performance on Jimmy Fallon - where she received a standing ovation at her US TV debut, in a place where musicians can quickly find new commercial careers - she’s predicted to rise again in the week coming. She’s remained atop of the Spotify Global 50 for a while now - when she first did it, she was the first Australian to ever do so - and as she gains radio spins and promotional traction, it wouldn’t be a big call to say that Dance Monkey will be a top-five charting hit in the US by the year’s end. If she does, in fact, end up with a Billboard number one song, she’ll be the first Australian to do so since Sia in 2016 and Iggy Azalea in 2014.

In Australia, however, you get the sense that people are trying to forget that she exists. On a photo of her being displayed on Times Square’s influential screens (for a YouTube advert, no less), comments celebrate her continued success and her transition from a coastal busker to an international, looming success story. Meanwhile, social media posts on Tones And I from triple j - a place that has supported and uplifted Tones since day-dot - are marked with comments range from distasteful to down-right hate, even with triple j’s vigorous comment moderating.

Tones And I has quickly become one of social media’s most divisive names, and while we appreciate the expression of free speech and opinion more than anyone else - opinions are basically what we are, at the end of the day - there are often moments where the line is crossed, and these comments become straight-up hateful. If you don’t like Dance Monkey, sure - feel free to voice those opinions - but don’t make them bulling Tones for her image, her persona, her voice or anything to that kin.

It’s an interesting divide between the Tones And I’s reception in the US and in Australia, where the latter’s larrikin culture has seemingly allowed this bullying culture to thrive because, if she didn’t like it, she could “just leave.” She’s become a crossover success to educating both the kids onto Australian music - my two sisters, both aged in the 10 to 15 age bracket, know every word to Dance Monkey, and I could guarantee you that they couldn’t do the same for any other song - and the general international audience looming; I’ve seen several threads, for instance, where international pop fans captivated by Tones And I have asked for recommendations of other Australian acts in the pop space.

There’s also - more seriously - the very real flow-on effect regarding mental health. As we found, the mental health crisis in the music industry is worsening, and a part of that is social media’ filterless accessibility to the artists. Social media - as essential as it is in ensuring a break-out career - comes with unfiltered opinions from everyone, and looking into the inbox of a musician’s Facebook page (especially if they’re female), you’ll often find hate ranging from throw-away comments to death threats, and objectification and degrading comments that in the past, has influenced female musicians to throw in the towel for good.

It’s something that Tones And I is starting to address herself. “When you’re busking, if people don’t like your music they just don’t stop walking, but now I’m being bullied online and it sucks. The world is telling me I have a weird voice, which nobody ever said before. You get pulled apart,” she says in an interview, while in other, she paints a similar picture, asked with what the hard parts of fame have been: “The parts I don’t like are people picking you apart; people being able to have so many opinions of you without meeting you, which I know is a part of it, but you don’t realise what that’s going to be like. You just have to block it out. You just have to be strong and set a good example. And that’s probably the hardest thing, I’d say.”

An opinion is one thing, but bullying is another. A lot of people - unfortunately including some in the industry itself - are confusing those lines more and more often, and it’s deterring some of the country’s biggest success stories from ever coming back.

PS: There’s a 99% chance Dance Monkey is going to win the Hottest 100 this year, and in doing so, she’ll be the first solo woman in history to do so. That’s monumental, and if you’re going to throw hate at her for doing so, you’re a shit person. There’s really no other way to say it, just leave the poor thing alone and let her celebrate her success. 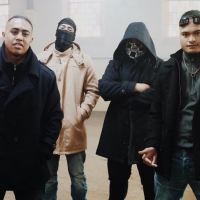 The War On Rap: Why are police trying to shut down hip-hop?Off the back of recent show - and full tour - cancellations of OneFour and Huskii, it’s clear that Australia’s police force has a problem with rap music. 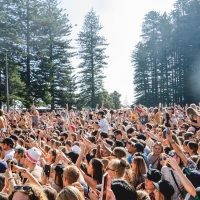 Coronavirus is killing music festivals – will they ever recover?In the last few months, it’s become clear that 2020 will be grim for live music. Music festivals, however, may never recover.
D & M