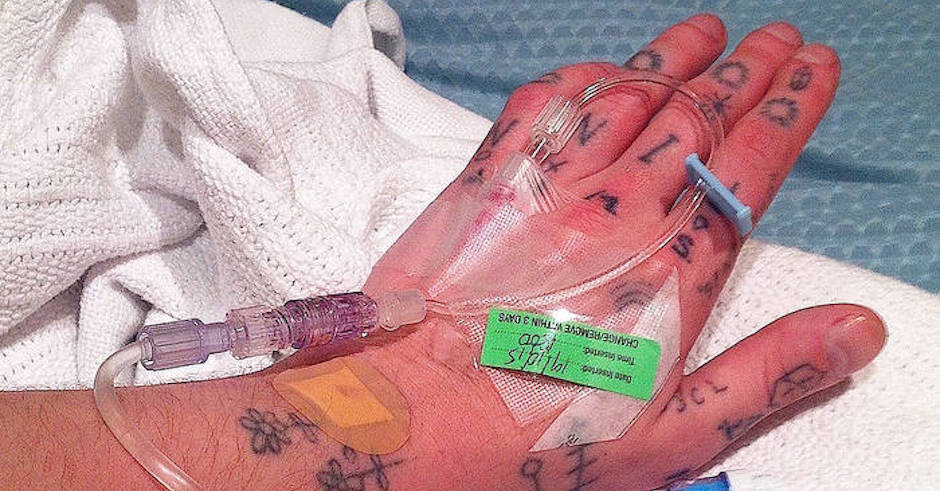 Last Friday saw the release of Chrome Halo, the expansive, collaborator-heavy debut album from Melbourne musician HTMLflowers – real name Grant Gronewold (read the album's review HERE). The record introduces us to Grant and his turbulent life living with Cystic Fibrosis, a genetic and incurable illness in which people develop an abnormal amount of mucus within the lungs, airways and the digestive system, potentially leading to lung failure or other forms of irreversible organ damage. The album details his experiences living with Cystic Fibrosis and his attempts to battle it in a raw and confrontational matter, voicing his frustrations at the American and Australian healthcare systems (and the governments in power attempting to restrict access to said systems), systematic ableism, and other problems which impact the musician and artist in his day-to-day life. It's an incredibly powerful album that carries some occasionally quite harrowing themes, something which continues with a guest editorial HTMLflowers has penned for us about his life living with Cystic Fibrosis and the battles he must face in his life.

Buy Chrome Halo HERE, and if this guest essay inspires you to act on our healthcare system, then maybe take some time to donate or get involved with Cystic Fibrosis Australia HERE or search around for ways to support our medical industry and the nurses and doctors it includes.

Becoming No One, by Grant Gronewold:

A day before my flight to Sydney for a panel on accessibility in the music industry, I’m in a sterile treatment room having a surgical implant removed from my arm and heart after weeks of hospitalisation. The doctor tells me not to go – I tell him that it isn’t his decision. After the flight lands, I head to my hotel – it’s two stories, two televisions, a deep bath, a bed with clean sheets, no one screaming in the hallway, a lock on my door. I run a bath and walk around naked. Sitting in the tub and covered in free hotel body wash, I gently remove the tape and gauze from my small surgical wound. My wound is pink like strawberry candy. I dig through my suitcase to find an outfit under all the medication. The panel is streamed live to thousands of people, and I'm a few valium deep. I get out of there as soon as I can. I go to one of the organisers hotel rooms and we eat all the food we snatched from the remaining spread from the talk. Later, back in my own room, I think about how strange it is to go from a wardroom, sweating in thin pink triage blankets, to a 7th floor, 2 story hotel room stretched out on a queen size in thick, full blankets. I fall asleep to a horror movie on the telly – something deformed, hated and once human is chasing a beautiful teenager through a field.

I don’t get anonymous messages anymore because Tumblr is cancelled, but when I did, I used to get negative messages about “using my illness” to get publicity. Bitch, I am my illness. Making your pain beautiful is often the only thing marginalised people have and who cares if I am “using my illness” for publicity? Some trolls seemed mad I was copping heavy follower counts, others seemed mad that I didn’t die when I was younger. One troll wrote to say they remembered how much I would go on about my illness and life expectancy “to get attention” when I was a teen, claiming that I lied about my diagnosis and that if I were telling the truth, I'd be dead by now. Like a diagnosis can’t ever change, like they understood anything about outliving a life expectancy. When I was growing up all my mom did was scam, lie, work late nights and hustle to afford my medicine – America was a cold place for people like us. She did anything she could to get by, am I better than that? Is hiding who you are somehow dignified? Is it somehow the disableds fault if the healthy are obsessed with the disabled struggle? Why are the able-bodied so hurt when I talk about my reality? Is it because they know that their complacency is part of why I have to live in this pain? Or is it just because I remind them of death?

The last art show I was a part of was about disability – every artist disabled, all the work infirm. The first show I was excited for in a long time. My works were up a flight of narrow concrete stairs, inaccessible to many. I kept my prints cheap, $30 each. I made them as financially accessible as I could. I remember wanting to buy pieces when I was a poor kid and never having the money. The organiser had failed to include my works on the room sheet. I asked if I could just write the costs and my email on the wall and she replied “no, we would never do something like that. It's aesthetically very unprofessional.” The thing about people who have never had their lives threatened is that they still believe life has rules. I got stoned off some weed butter and did it anyway. Give a fuck about a gallery's aesthetic; I gotta pay rent this month. Me and my collaborator DJ Dee Luscious did a set in the parking lot of the gallery, I had to ask everyone smoking in the carpark to move away from the front so I could breathe.

Recently I was commissioned for comics by a German and a Swedish publication. I finished the commissions halfway, dicked them around for weeks and continued getting extended deadlines. I was in and out the of the hospital and drinking myself into oblivion every night to numb the pain. Eventually, I just told them “hey, I'm hospitalised. I'm gonna start drug amd alcohol counselling, sorry I wasted your time.” Both publications wrote back with concern for my health and offered to move the articles to the next issue rather than cancel them all together. This has never happened once with an American, Australian or British publication. Why can’t I be sick AND get paid? Sometimes I think the editor is just mad I wasted their time and they don’t think they should have to put the article back. I broke the rules of supply and demand, cutting me off is just business, right?

Pilerats asked me to write this article and I felt the same way I did when I was asked to be on a panel for accessibility; I have no idea what to say. Every year my friends get asked to write articles about gender, race, queerness and how we can be more inclusive, and I’m always happy for them, but I feel far away from these ideas of community. Isolation has become my strength, so in a lot of ways, I'm lost in my own power and pain. I don’t care what my community does; I was never a part of it. I’m honestly sick of these conversations. I don’t think I need another article; I need more funding for hospitals. I need the chronically ill to have their own hospitals. I need this country to stop patting itself on the back for providing comparatively “amazing” healthcare – doing better than America should NOT be considered an achievement. Next time I get a home visit from a nurse I need to hear how funding is up and they have more hours a week, instead of how much work she is doing for free to support her patients. I don’t want to have to pay $2000 and prep with a month in the hospital for a trip to the States so I can be there IRL and make the “right connections” for my career to flourish. I don’t wanna tell half my audience they can’t attend my next show because it’s inaccessible. I need to be supported by managers, editors, label heads, club promoters for the pain in my work, not second-guessed about whether or not it will sell. Motherfucker, check my PayPal, pain makes money.

I know the problems, I don’t have the answers. I get high, make art and try not to die every few months. I'm a rat and a brat and I’m already dead. I’m not a uni student who loves to talk about the underclasses, I am the underclass they talk about. This is my letter to the upper-middle class, able-bodied, uni student fighting for inclusivity from a position of power I'll never have:

Disabled exclusion is a perpetual motion device.
Disabled hearts grow cold without your love until we don’t want it anymore.
Disabled isolation begins as a necessity and becomes a drug.
Disabled exclusion happens while no one’s watching.
Becoming no one is easier than convincing you to love me. 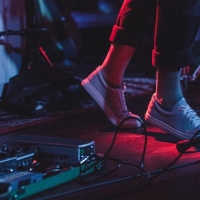 We talk gender bias with APRA AMCOS & Picnic Events ahead of EMCJana Gibson and Carly Roberts talk gender ahead of Electronic Music Conference this month. 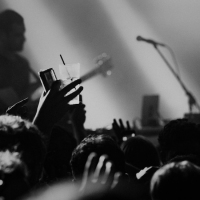