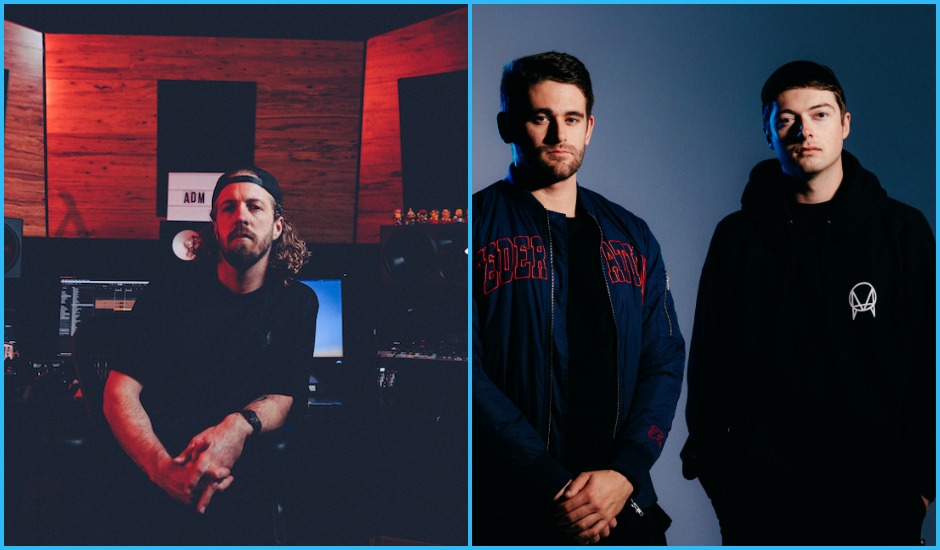 It's hard to find a producer that's had such a lasting effect on Perth's music scene than Shockone. Over the last decade, the musician – Karl Thomas – has blossomed into a multi-disciplinary heavyweight whose helped usher in the city's status as an international hot-bed for the heavier niches of electronic music, with everything he does – whether it be original music or remixes, club shows, launching a full live show at a festival with a long, ongoing history with the project and whatever else – not just bolstering and elevating his own career, but those in the community he shares; from big, established names to young up-and-comers alike.

Today, however, sees Karl enter a further realm of this community-built aspect of the Shockone project, launching Dark Machine Records – an extension of the Dark Machine universe he built with his most recent album, and an opportunity for his abilities to identify the future of electronic music (both homegrown and international) to shine at their most obvious level yet. Partnering with his newfound Central Station Records home for the venture, it's an off-shoot of the Dark Machine world that focuses away from the person behind it all, instead helping others and elevating them to similar levels as the Perth-based heavyweight.

"We’re super excited to work with Shockone," says Central Station Records general manager Matt Nugent. "When it comes to bass music, he’s truly one of Australia’s international ambassadors and has inspired so many Australian bass music artists with his achievements. We can’t wait for the rest of the world to hear the amazing music he’s got coming up on the label."

Today, it all kicks off with the inaugural signing of New Zealand duo Lee Mvtthews, who have blossomed into somewhat of an exciting face of their country's electronic future with everything they've put out thus far. Their new single Turning Back – their first through the label – is an extension of their sound to some and an introduction to others; a rushing explosion of warehouse-ready melodies that build on their history of New Zealand dance music, and broaden its horizons into an internationally-ready, project-deepening sound.

There's a tonne to be excited about both in regards to Lee Mvtthews and Dark Machine Records, and with plenty more to come before the year's out from both parties, we got Shockone to interview the duo about what's going on in their lives, and the end result is about as informative, yet out-there as you'd expect.

Take a dive into the track – and the full interview – below:

Hi Tom & Graham! Your music career seems to have the momentum of a runaway freight train. Why are you so popular?

It’s hard to say why other people like you, but we think we came up at the right time, New Zealand have a lot of legendary status artists but when we were getting into producing, there weren’t many people breaking through so we think that gave us a little bit of a head start on the new wave that is getting the exposure now.

That and we bloody love a good party, so we’ll be on the decks at your mates' kick-ons and we think people can see a bit of themselves in us.

So New Zealand is having a particularly romantic moment with drum and bass right now hey? What do you think set that off and how has it been being an active part of the NZ dnb renaissance?

New Zealand has always had a healthy love for drum and bass, but it has fully transcended the mainstream recently.

We think there has been a resurgence in general with the ‘new sound’ constantly changing, it’s been a very exciting year or so for the genre, which has ultimately made some standout moments on the festival circuits for new fans of dance music.

If you look at the lineups we have here, they are dominated by drum and bass artists, old and new. It’s been really incredible to be a part of it over the last few years, and with everything that’s going on for us behind the scenes, we can’t wait for what’s to come.

Your song Turning Back is pretty spectacular, I’m quite stoked that you decided to let me release it on DMR as the debut single for the label. Can you talk a bit about the tunes inception? How did it come about?, whose wonderful dulcet tones can I hear singing on it? How did you get the mixdown sounding so fire?

We were keen to make a dance floor drum and bass tune that was totally ours, it’s always epic working with talented feature artists, yet to have something completely Lee Mvtthews is pretty sweet, so we were stoked when we got the opportunity to release it on DMR. Tom doesn’t often get on the vocals (unless it's MC crowd hype at one of our shows) so it was cool to add his (as you say) dulcet tones to the tune. Lastly, the mix down, multiple sleepless nights, tear-filled car tests, and multiple renditions until we got it right!

You’re both very handsome boys. Can you take us through your morning beauty regime? How many stomach crunches can you do?

For our morning routine, head over to our second channel youtube.com/leemvtthewsbeauty… just kidding we’re typical boys, the reason we look this good is purely because of the Speights diet.

Back in 1876 James Speight Charles Greenslade and William Dawson started brewing our favourite beauty product down in Dunedin. We started using the product in our early teens and to be honest we’ve never looked back. Morning, night, afternoon tea, Speights beer comfortably fits into your day at any time. It's 99% sugar-free and has been the pride of the south for 141 years. We don’t do crunches, but every year we have our annual ‘race to 100kms’ for Mo-vember raising money for men's mental health, which is a huge issue in New Zealand and a personal cause for Graham. Not only that, but it also helps shed the prod-bod.

What does the future hold for Lee Mvtthews?

We’re out of lockdown here, so we’re pretty much booked until the middle of January, and we’ve got a dozen tracks on the go and are hoping to release more on DMR (wink wink).

And just quickly, to close could you answer these quickfire questions?...

No, 911 was an inside job with the help of Jeffery Epstein

Was Covid19 synthesised in a lab, and if so do you think they used Serum or Massive?

Yes, it was, and as we’ve seen its been very effective at damaging civilisation across the globe. So it was obviously made with the superior synthesiser - Serum.

Does 5G cause vaccinations?

Yes, unless you wear a tinfoil hat.

Did Bill Gates ever really land on the moon?

No, but Elon Musk did.

Is language just a construct created in order to make humans confuse one another and to complicate their existence with deeply painful emotions that didn’t exist before the words that define them were invented?

Yes… life would be much better if we could all just communicate in foghorns. 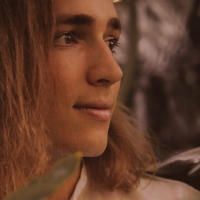 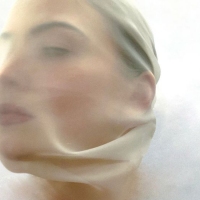 Meet deryk, who emerges as an exciting face in NZ pop with debut single, Call You OutThe New Zealand musician's debut single is a woozy, emotive blend of sounds that feels like the future of pop.
Electronic